I sailed EASY singlehanded from Fehmarn to Als in May 2016. Leaving the berth in Fehmarn was not too difficult in 12 knots of wind. With easterly winds the passage took me over 10 hrs. I had plenty of time to test the new Monitor windvane wich was working fine in light wind conditions when reaching. Since the wind decreased further in the evening I took down the sails and motored through the channel passing Marstal until I reached the anchorage near Ommel on the east coast of Als. I had a quiet nicht anchoring there. 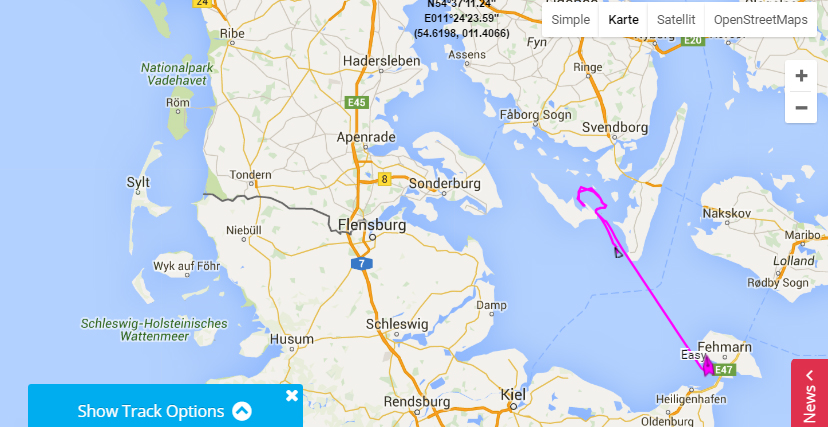 On the next morning I left early since the forecast mentioned increasing winds with showers in the afternoon. The wind had backed to 30°. I could head back to Fehmarn, reaching again. One hour before I reached Fehmarn the wind increased to 25 knots in gusts. Since I was close to my destination I furled in the genoa for the last 30 minutes.

It took me about 8 hours for some 50 miles on the leg back from Als to Fehmarn.

The most difficult task was to berth EASY since the leeward berth was not used. Luckily my neighbour had installed a rope between the harbour wall and the mooring post. I was able to align EASY with that line before fixing the mooring lines. Meanwhile the wind was so strong that I could only get the ship in the final position with the help of my electric winches. Our neighbours on the luff side were very helpful when handeling the lines.