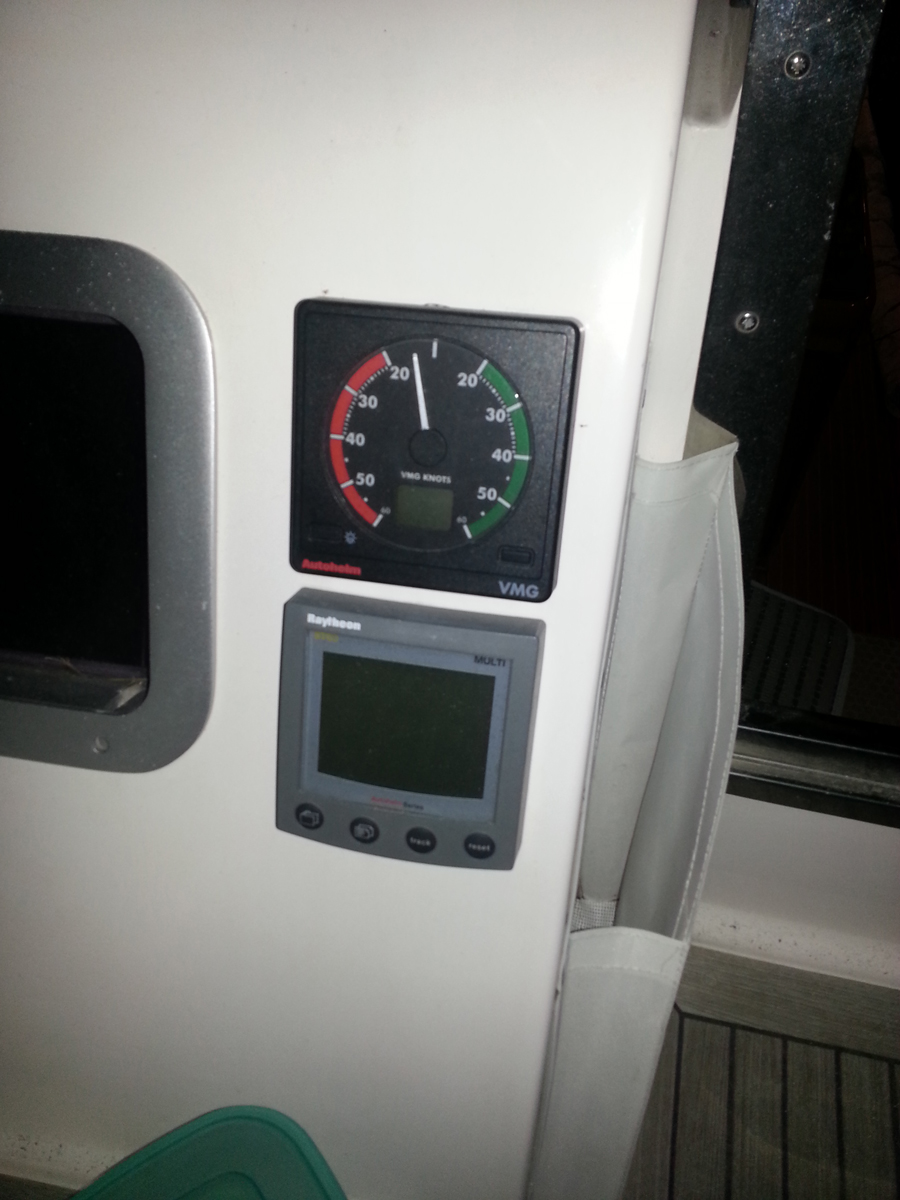 and one of the graphic displays were exchanged for Raymarine ST60+ models. The holes in the bulkhead were too small and had to be cut wider using a jigsaw. Due to the woodframe directly behind the bulkhead mounting of the instruments was difficult and required chipping of wood and GRP piece by piece. 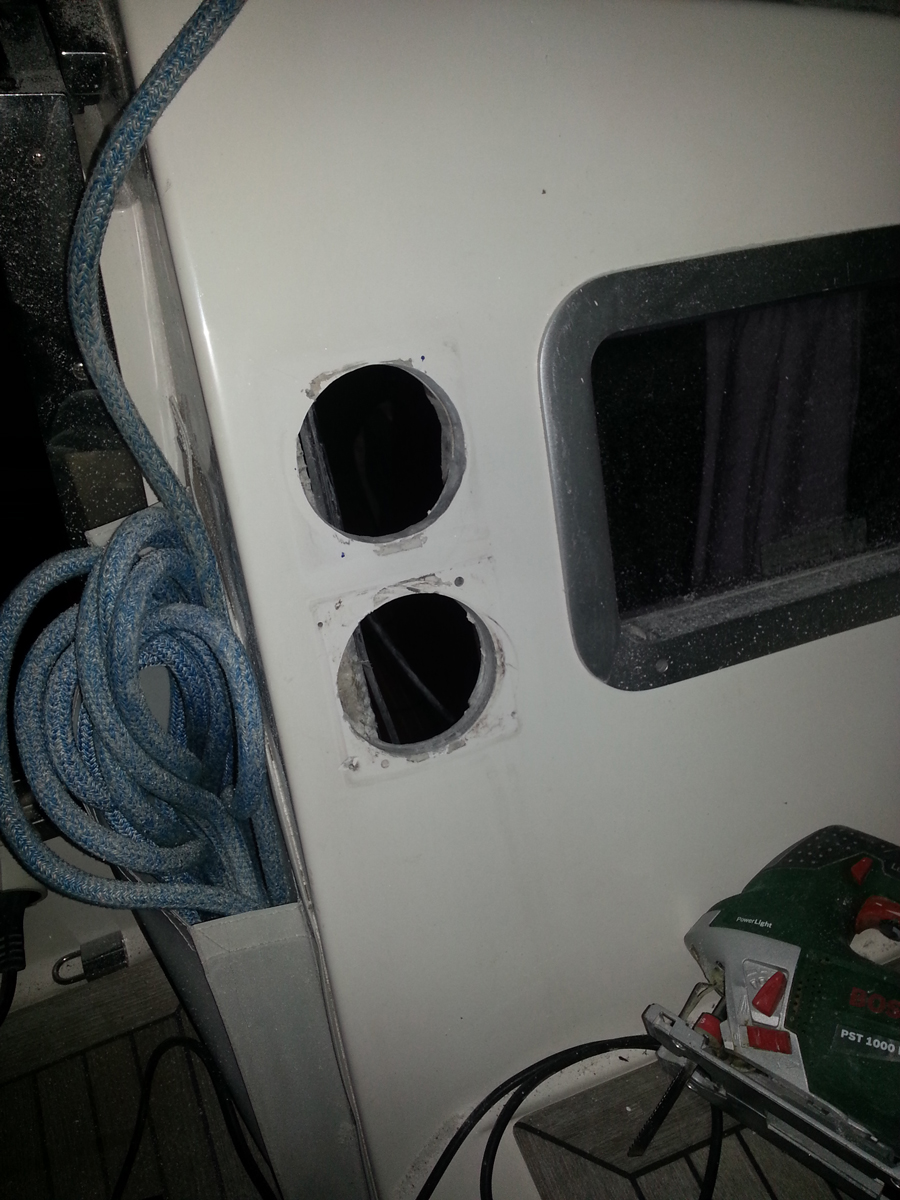 The wiring was based on the old Raymarine seatalk plugs and had to be altered by cutting the cables and soldering the wires. 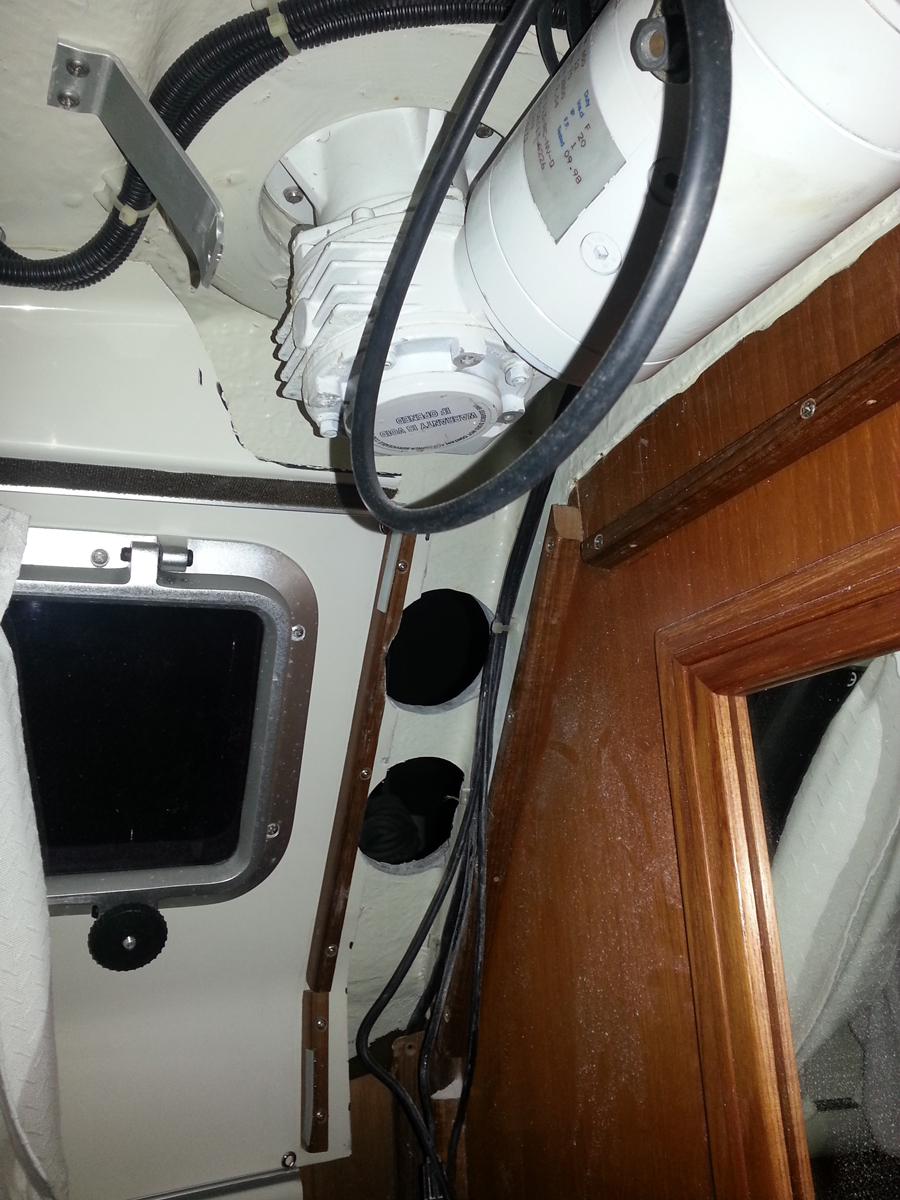 this photo shows the restricted space for the instruments with the new cut holes and the electric winch under the cockpit roof. 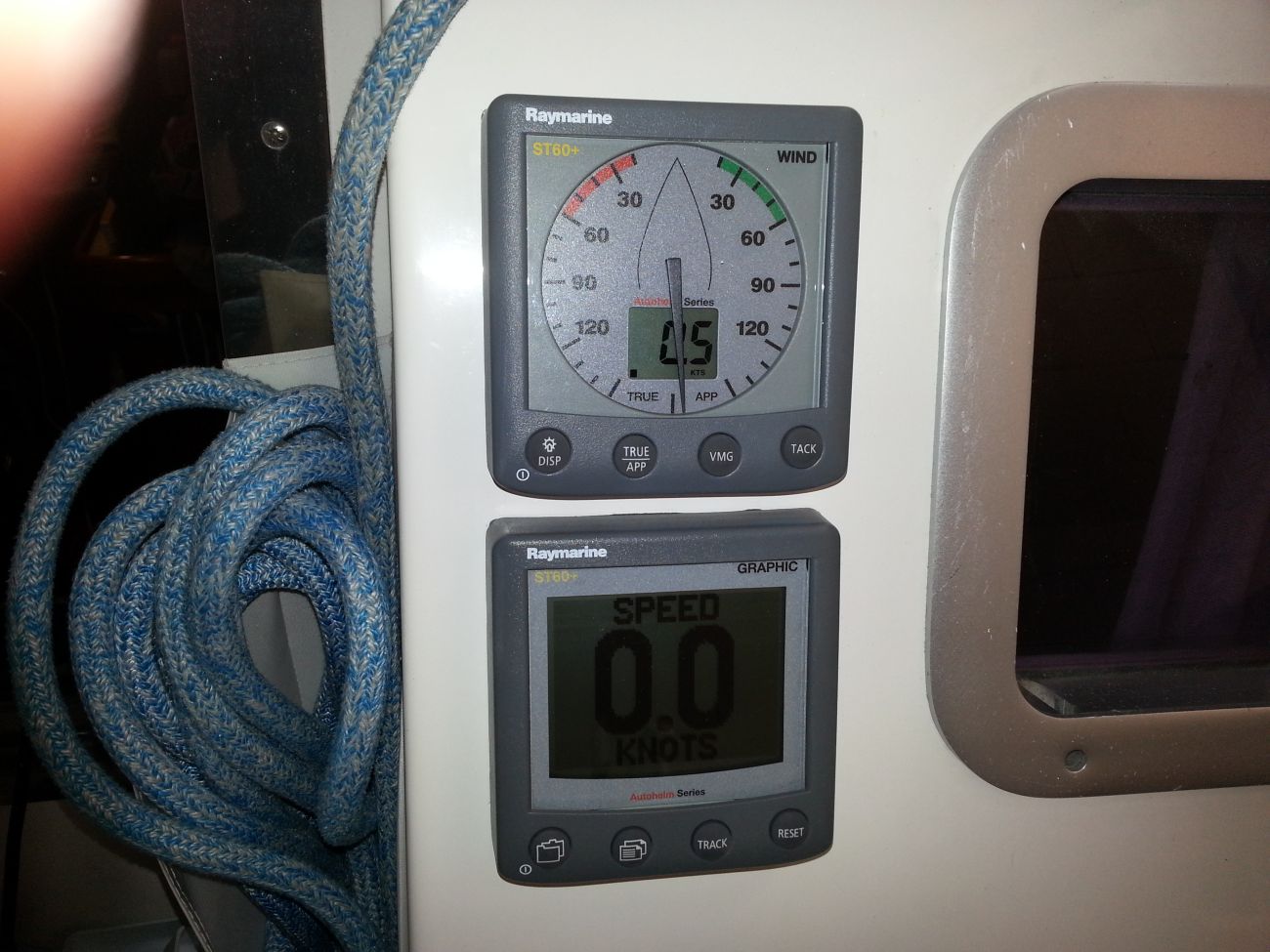 The new Raymarine ST60+ wind instrument. The old ST50 windvane was used and the new one was kept as spare part.

I decided to use the Raymarine instruments because I had bought them two years before I decided to switch to B&G but never found the time for the instqallation. I prefer the Raymarine instruments since they can show analog and digital data on one screen, and they can be switched between true and apparent wind direction and wind speed. The analog B&G instruments do not show digital data and show either true of apparent wind data per instrument. I prefer the apparent wind angle and digital windspeed on the magnified (close haul) instrument and the true wind angle and true wind speed on the wind instrument. I would have needed four different instruments by B&G to achieve the same display.

Below the new ST60+ Graphic display. All Raymarine instruments were connected via Seatalk connections. A Seatalk to SeatalkNG converter kit was used to interface Wind, log and depth sounder data with the NMEA2000 Network. SeatalkNG uses the same format as NMEA2000. A connecting cable between the SeatalkNG and the NMEA2000 system was soldered by cutting one cable of each standard in half and soldering the wires together thus creating a SeatalkNG / NMEA2000 connecting cable. At the end of the SeatalkNG backbone a SeatalkNG end terminator (resistor) was used and on the NMEA2000 side a B&G terminator was used. 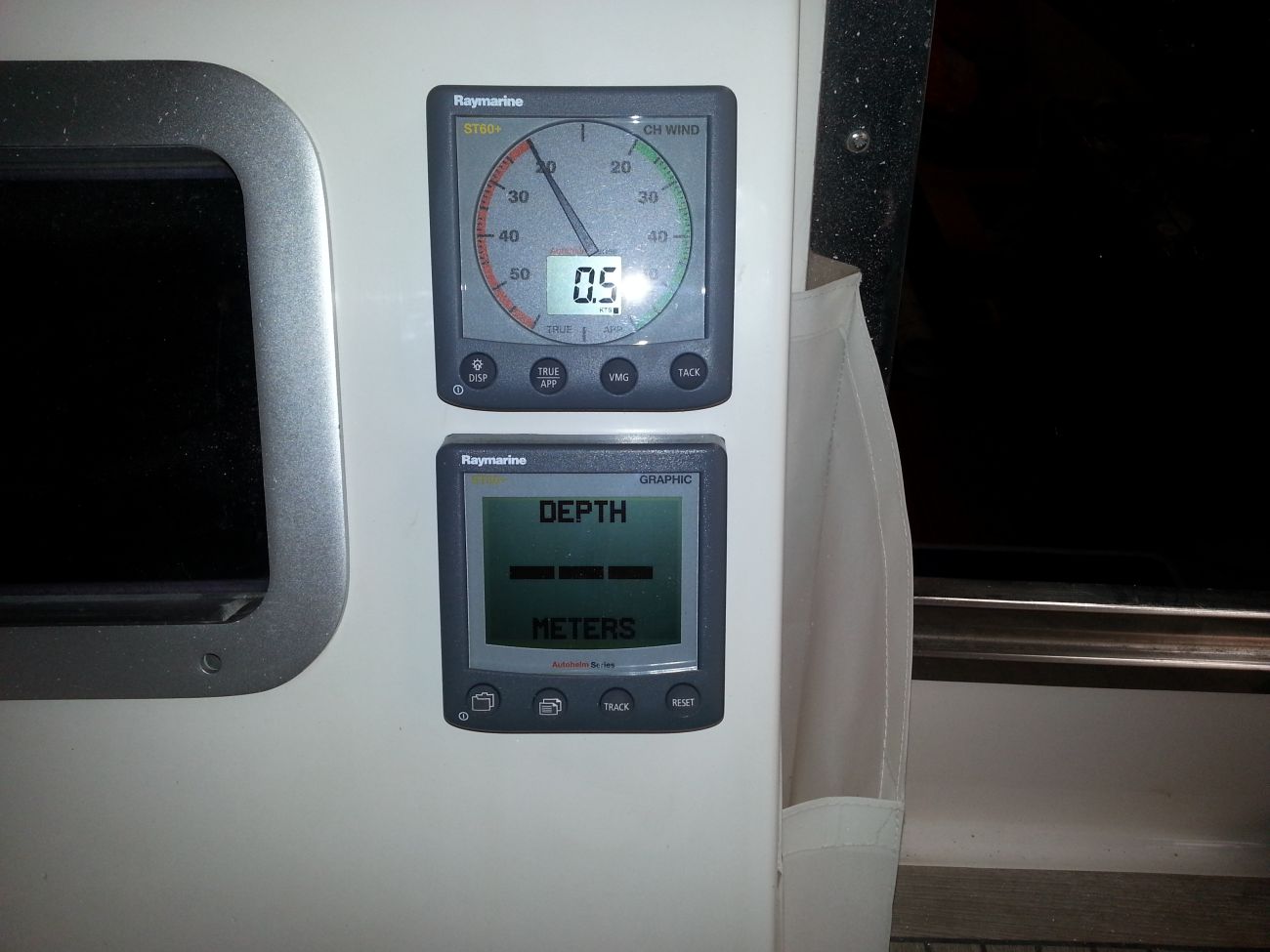