We sailed EASY up the west coast of Sweden up to the border to Norway. You find the corresponding text under the Image. 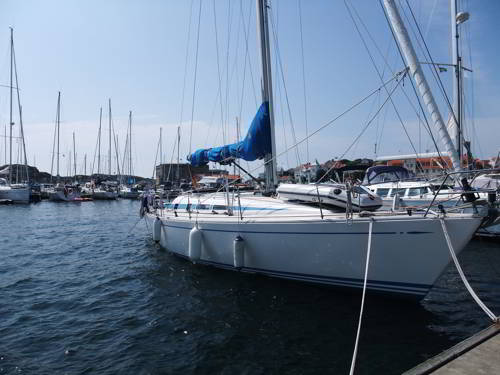 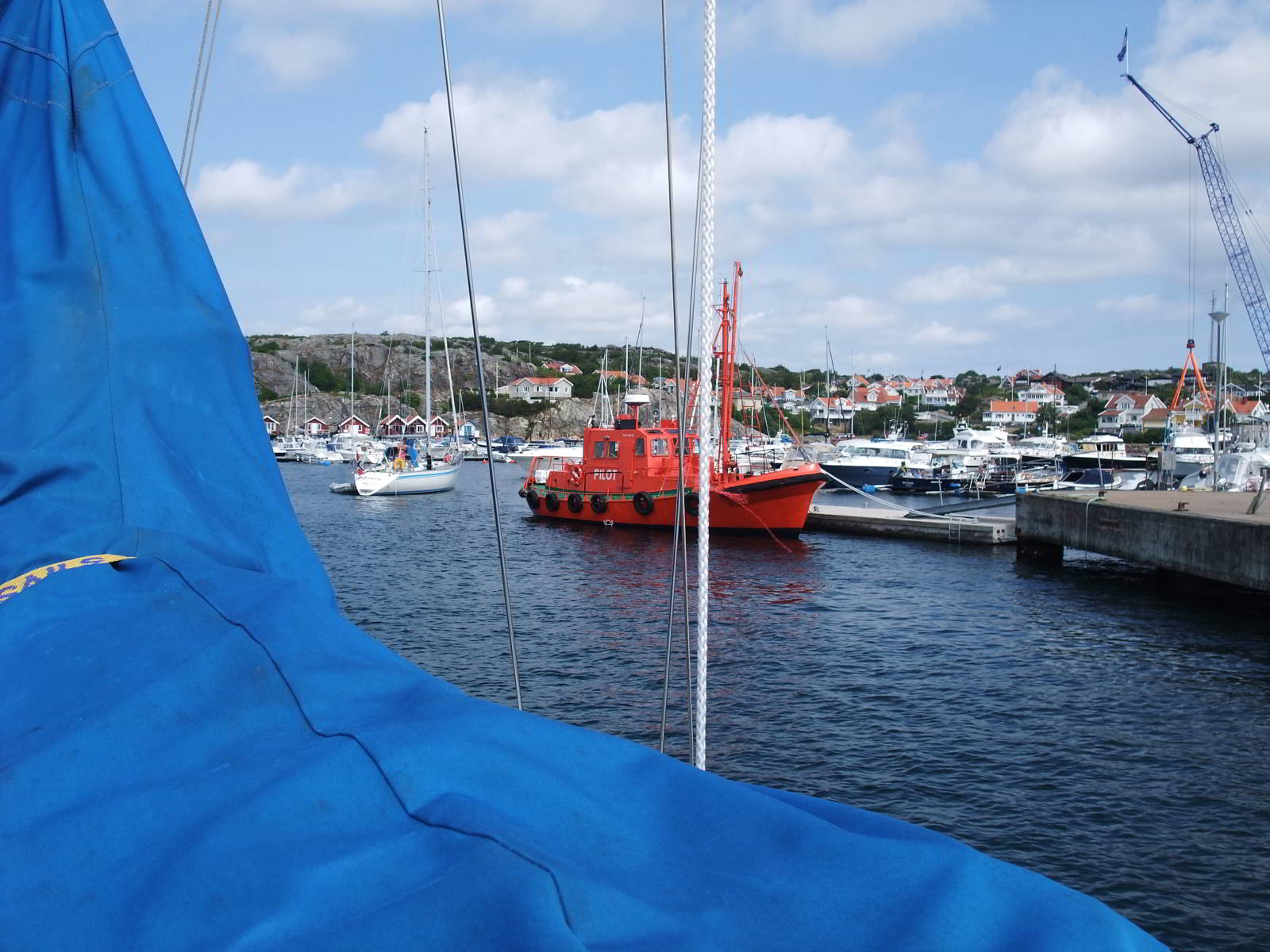 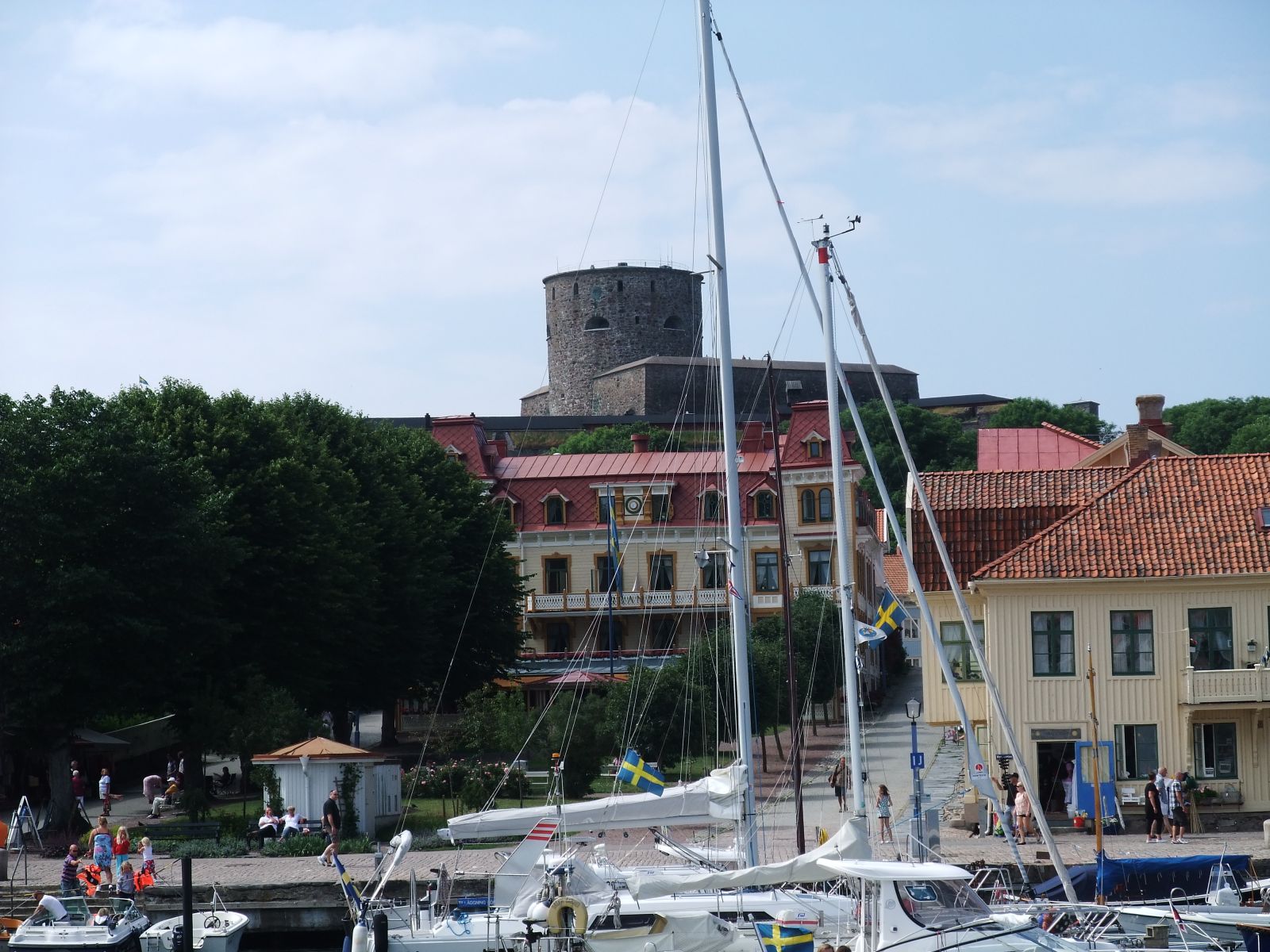 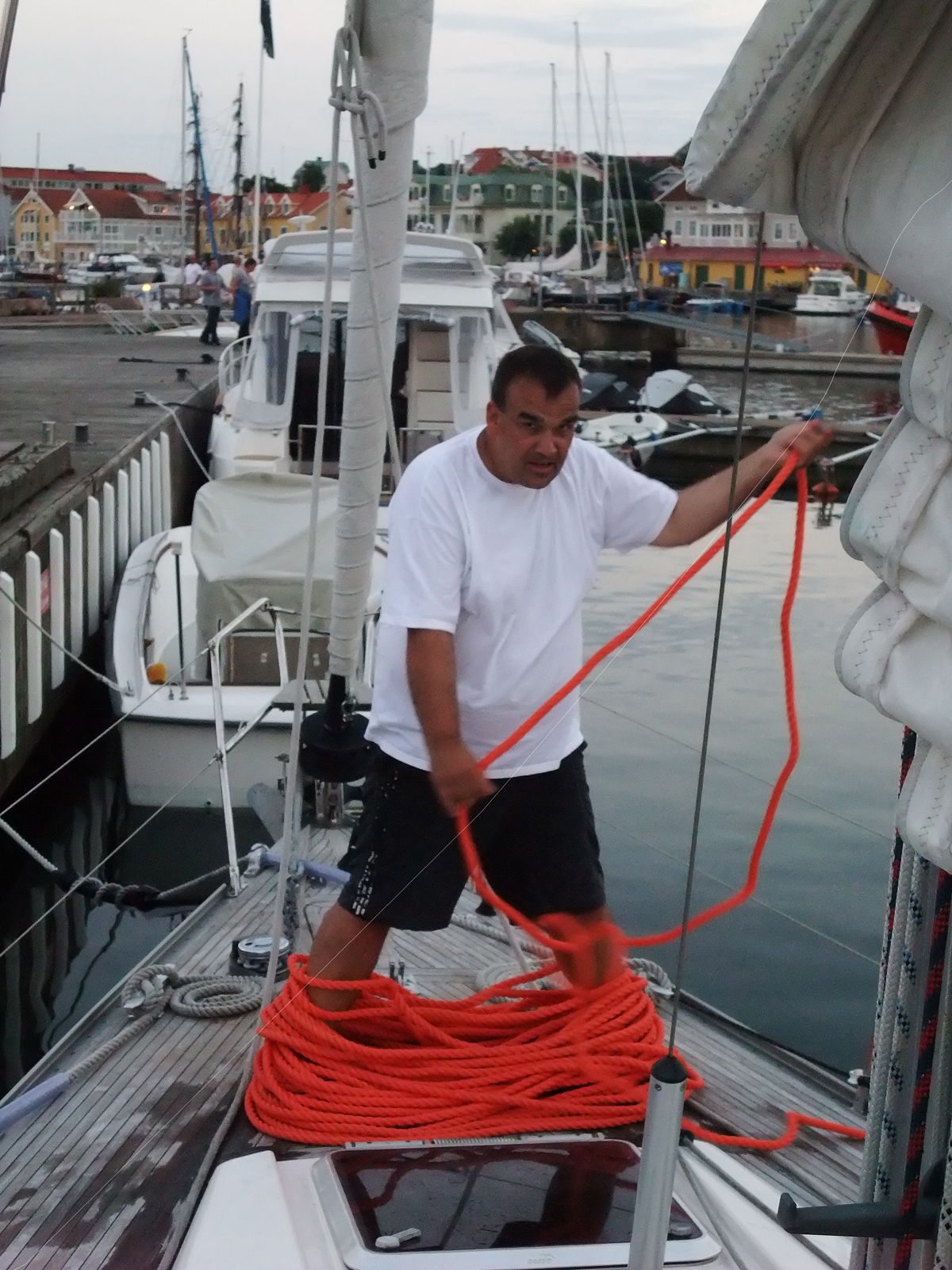 In the afternoon the wind died on us, we were far out of the islands on the open Kattegat. The engine did not start. I phoned Swan Benelux, Volvo Germany, Volvo Sweden, but nobody had any advice except towing in and seeking expert advice. Luckily the next Volvo station was just in Marstrand where we had started in the morning. We could not see any boat around us.

The sails were flapping and we were swlowly heading towards the rocky islands with a speed of 0,5 kts due to some current.  I tried to bridge the starter battery, but still the same klicking of some solenoids without the starter revving.

Then I phoned the Swedish coastguard. They explained very politely to me, if I was not a member of a Swedish Yacht Club they would not tow us in. What a stupid situation. The Marstrand Marina had a Dinghy but we were too far away for them to tow us in.

Finally a Swedish yacht appeared and took us on the hook and towed us some 25 miles into Marstrand. It cost me some Persuasion until they accepted our bottle of red wine in return. Very nice and modest people. The guy from the marina took over and towed us to the Volvo shop.

Only when leaving the next day we saw the massive rocks surrounding our keel. The Volvo mechanic came aboard and got the Problem fixed in five minutes. First thing was to bridge the thin red cable at the starter with the thick red cable using a massive Srewdriver and voila – the engine was starting right away. He broke off the lid of our solenoid box and installed a new solenoid. The repair cost us some 160 Euros and two bottles of Chianti Classico. I still wonder why none of the many experts I consulted on the phone knew this simple trick to find out if the starter is still working. On the next morning we were on our second departure from Marstal heading North. 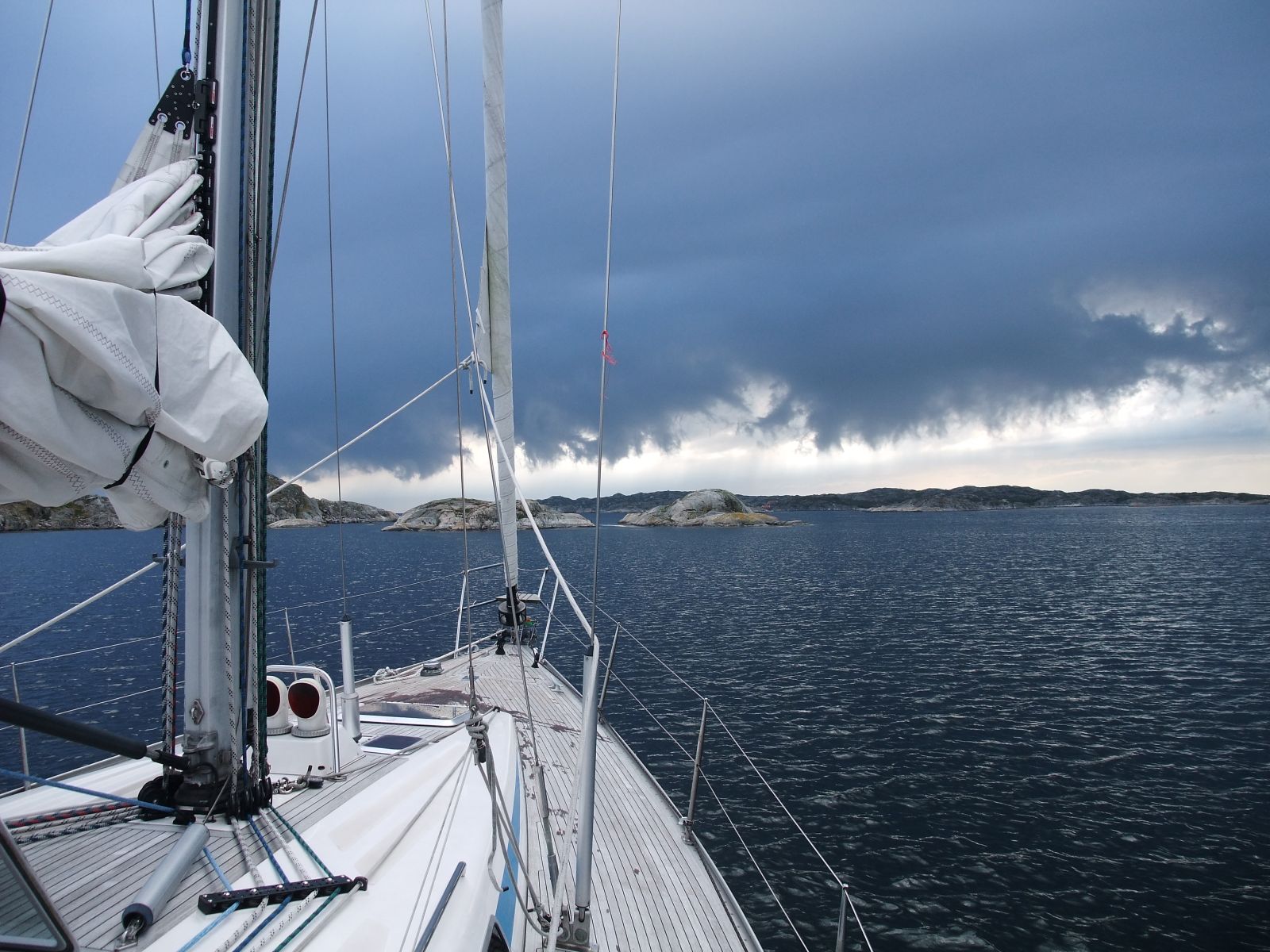 We found a sheltered bay to put our anchor down. Some nasty thunderstorms passed us. 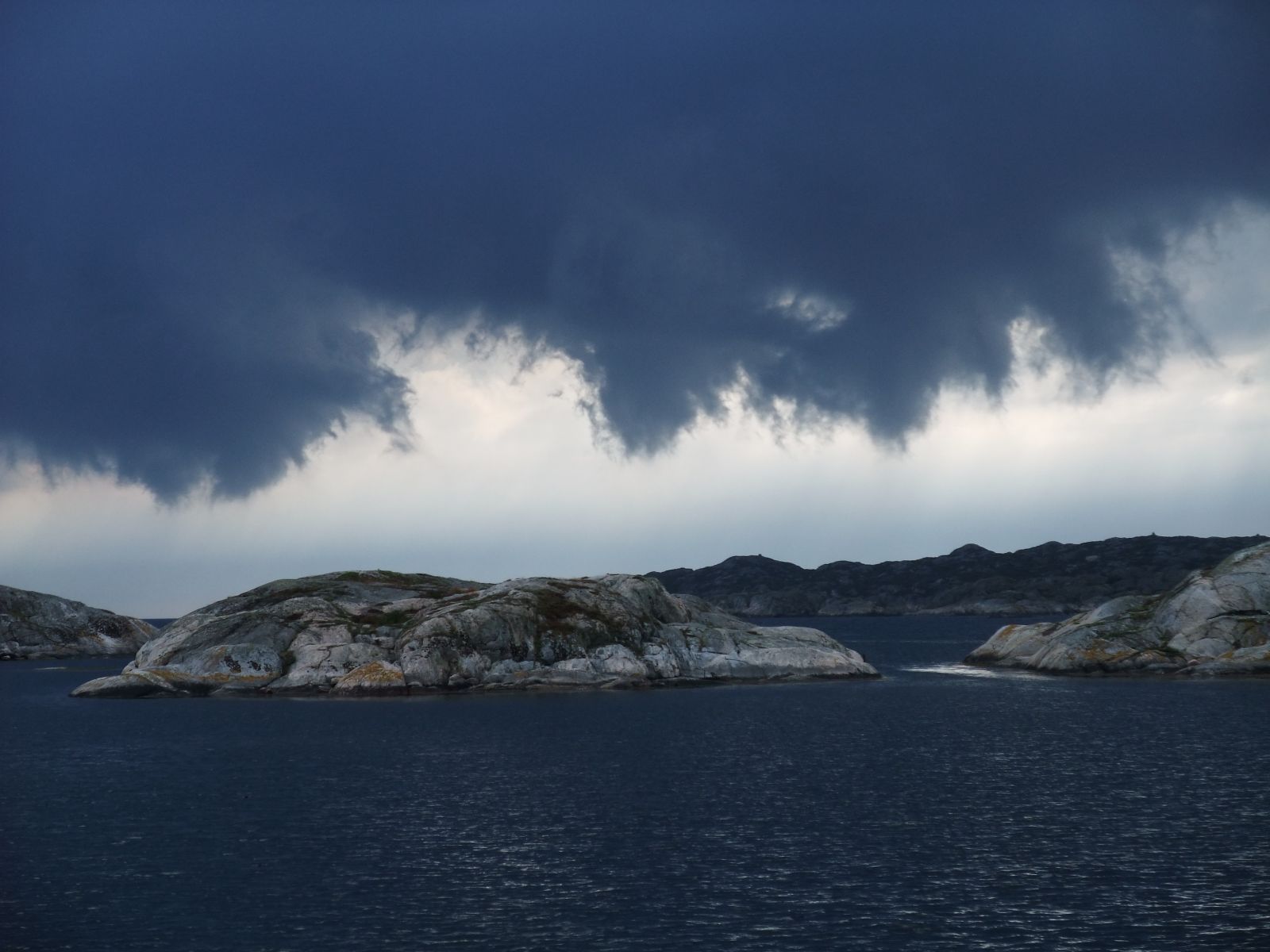 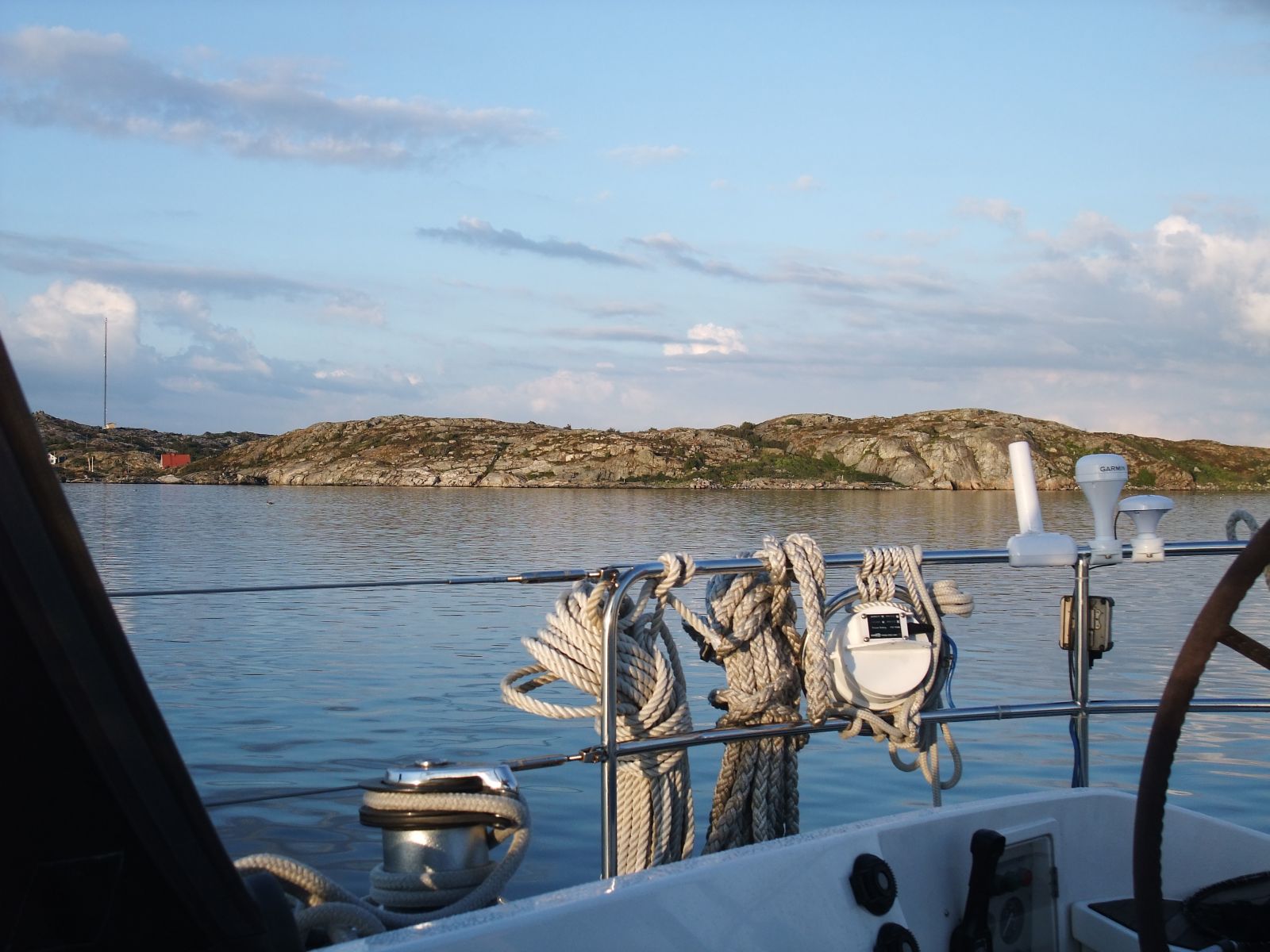 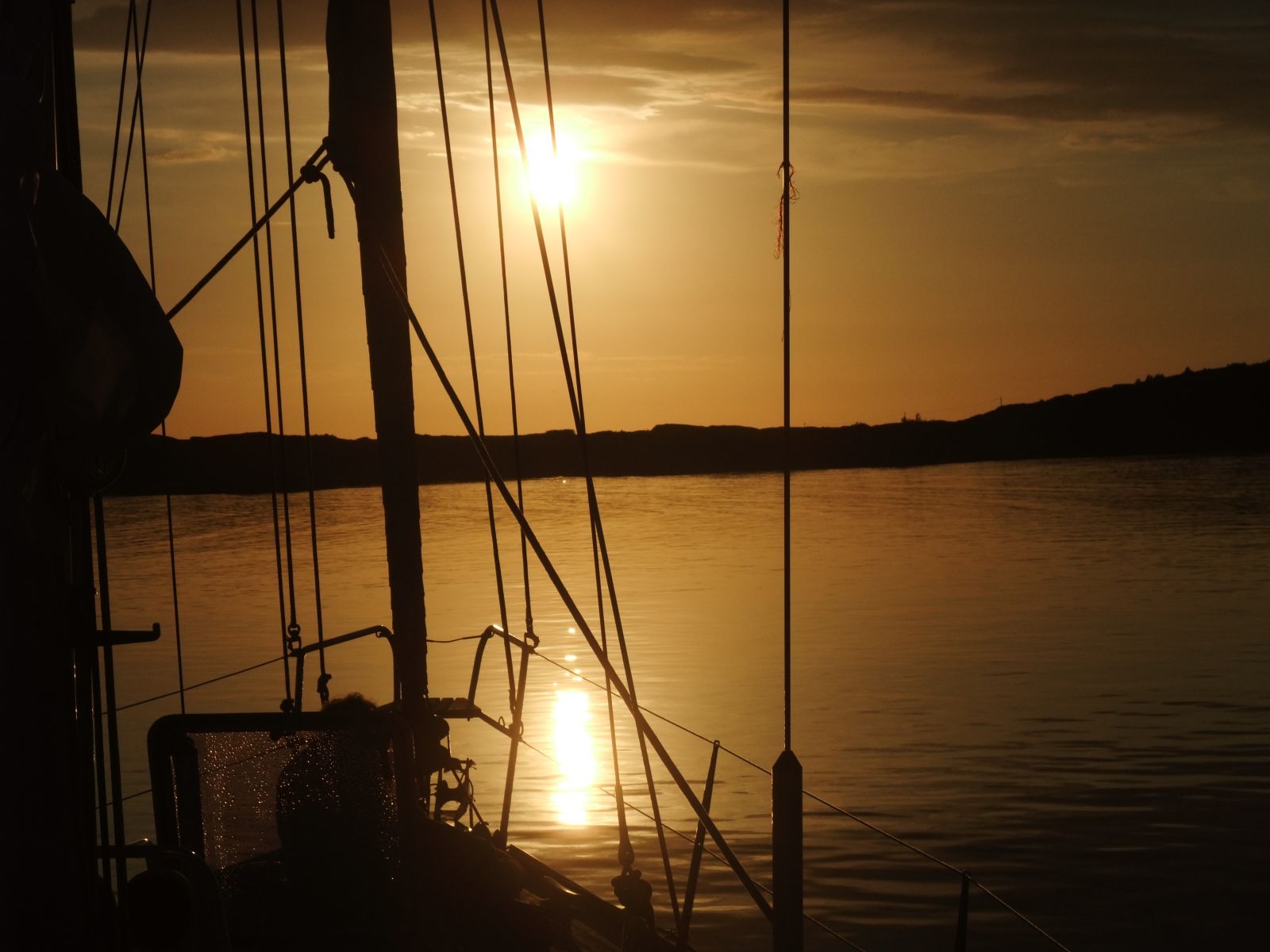 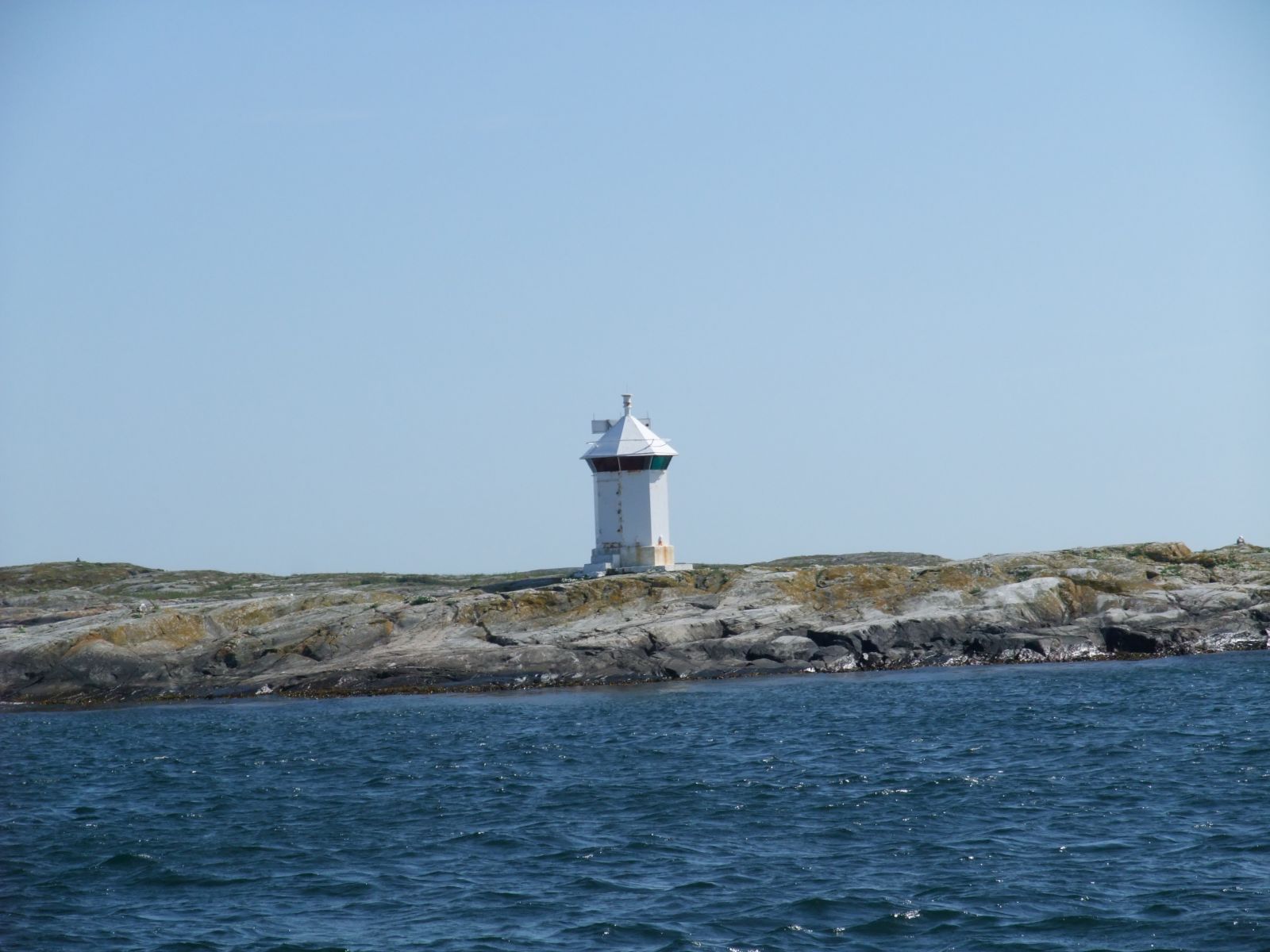 Lighthouses along the route North. 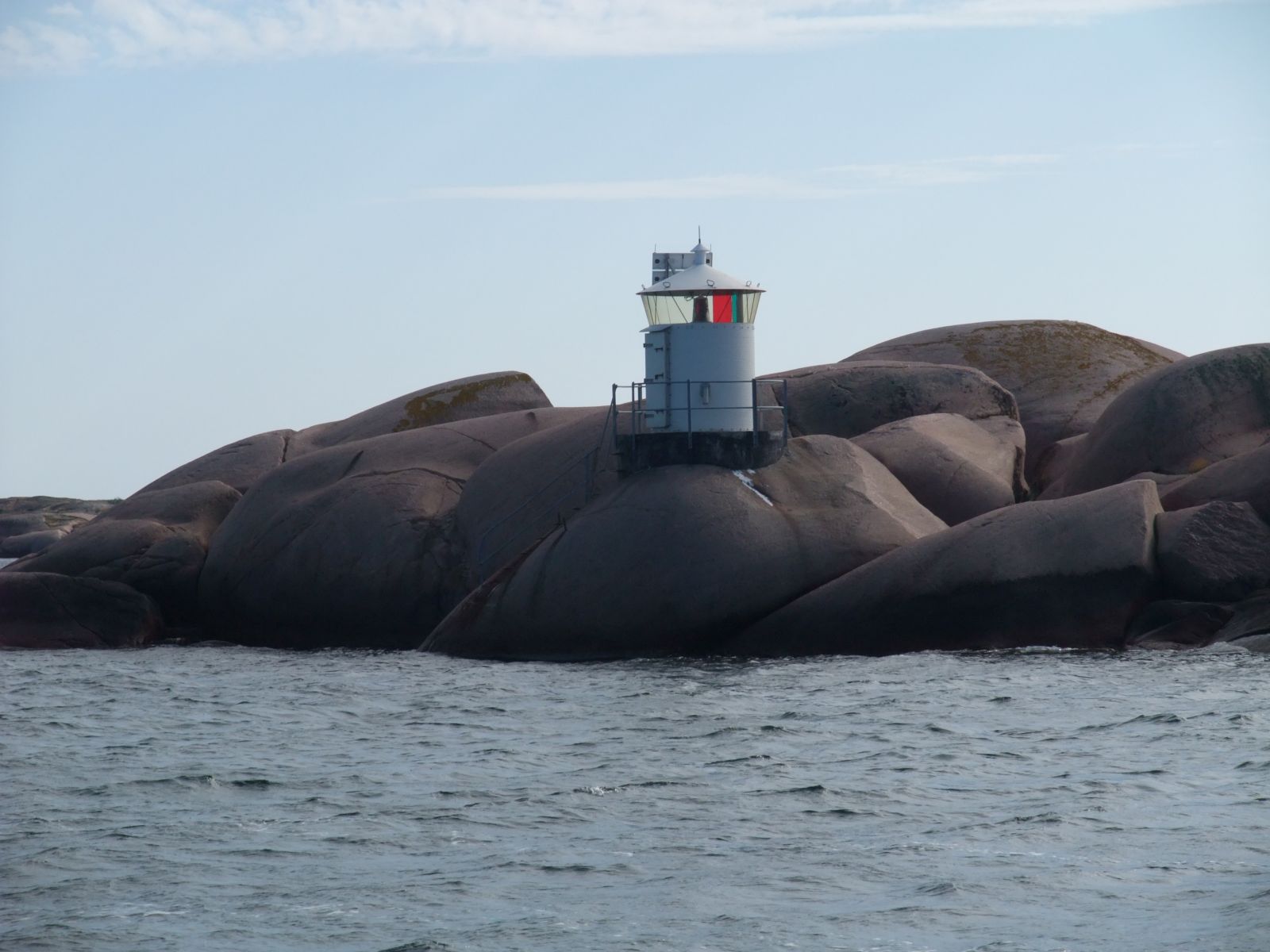 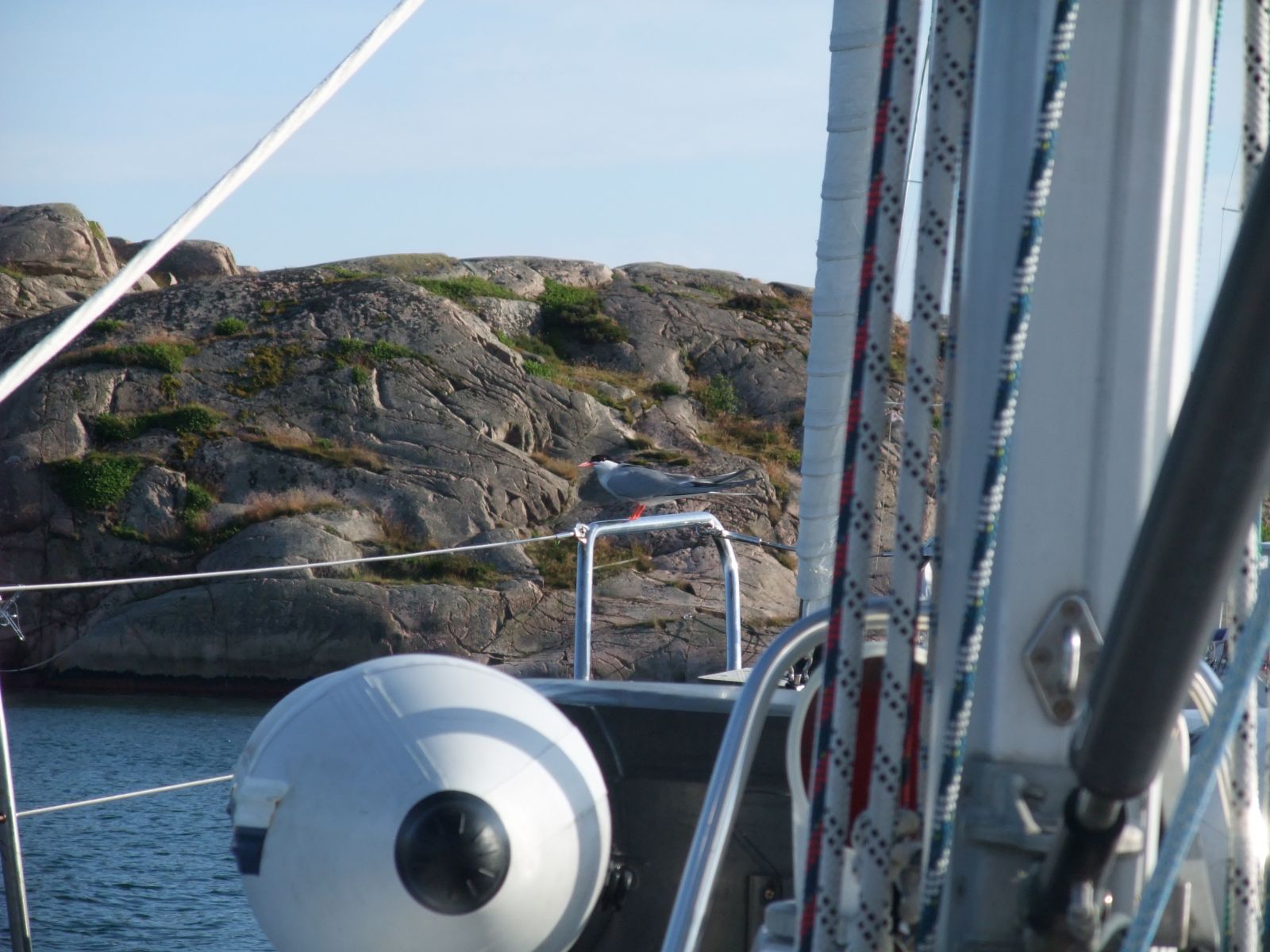 Another quiet anchorage with stern anchor and the bow tied up to some rocks. 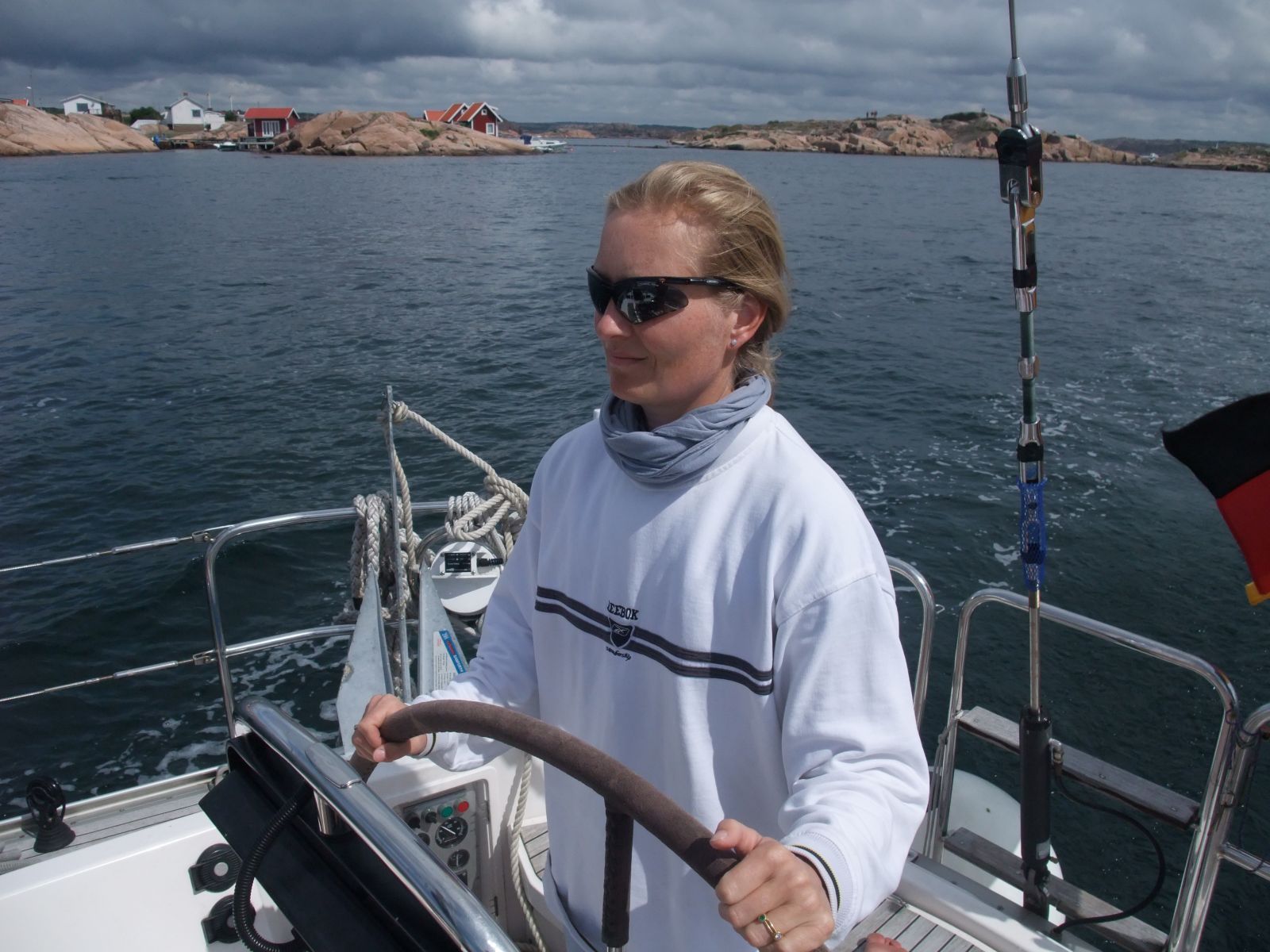 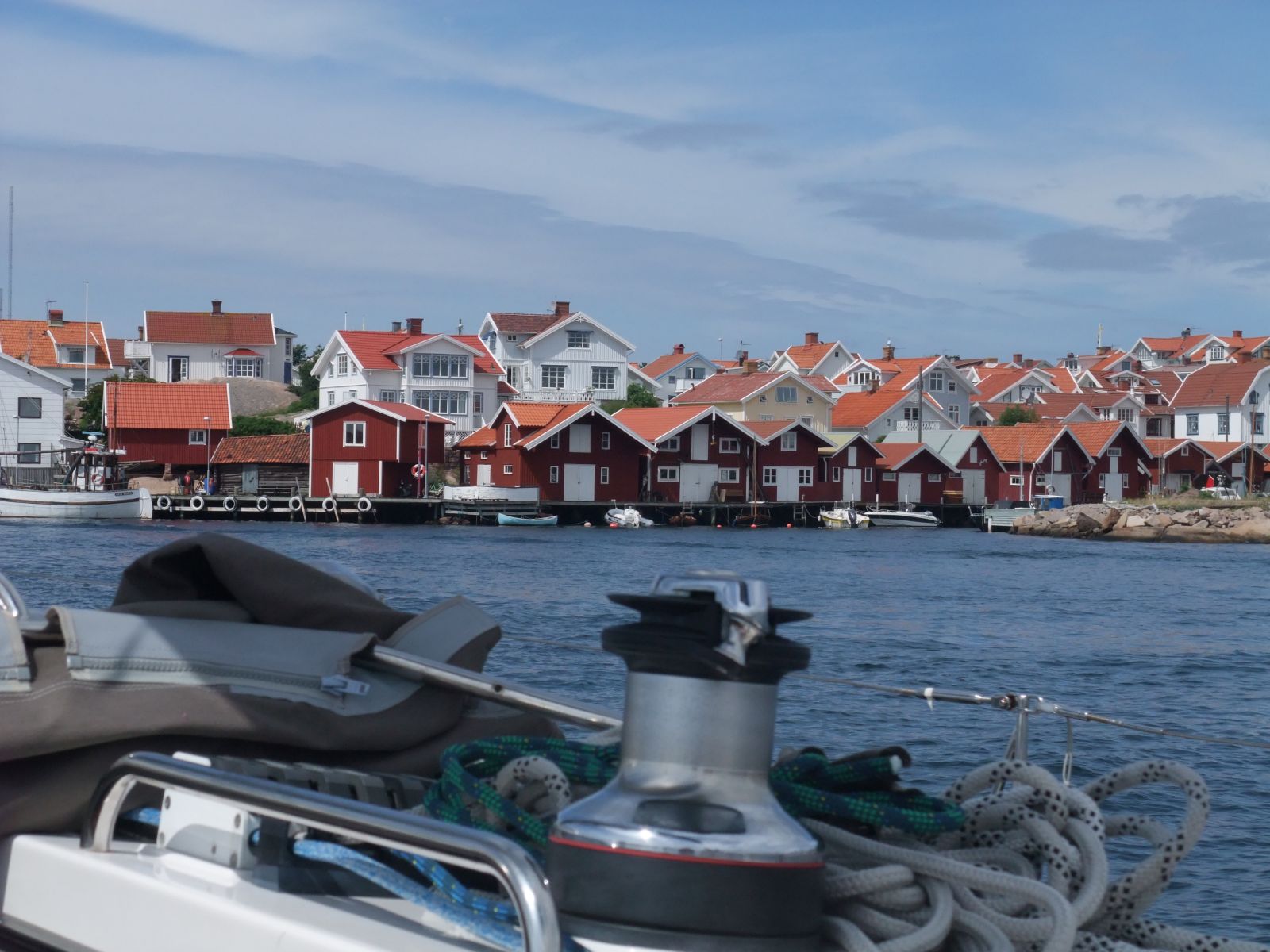 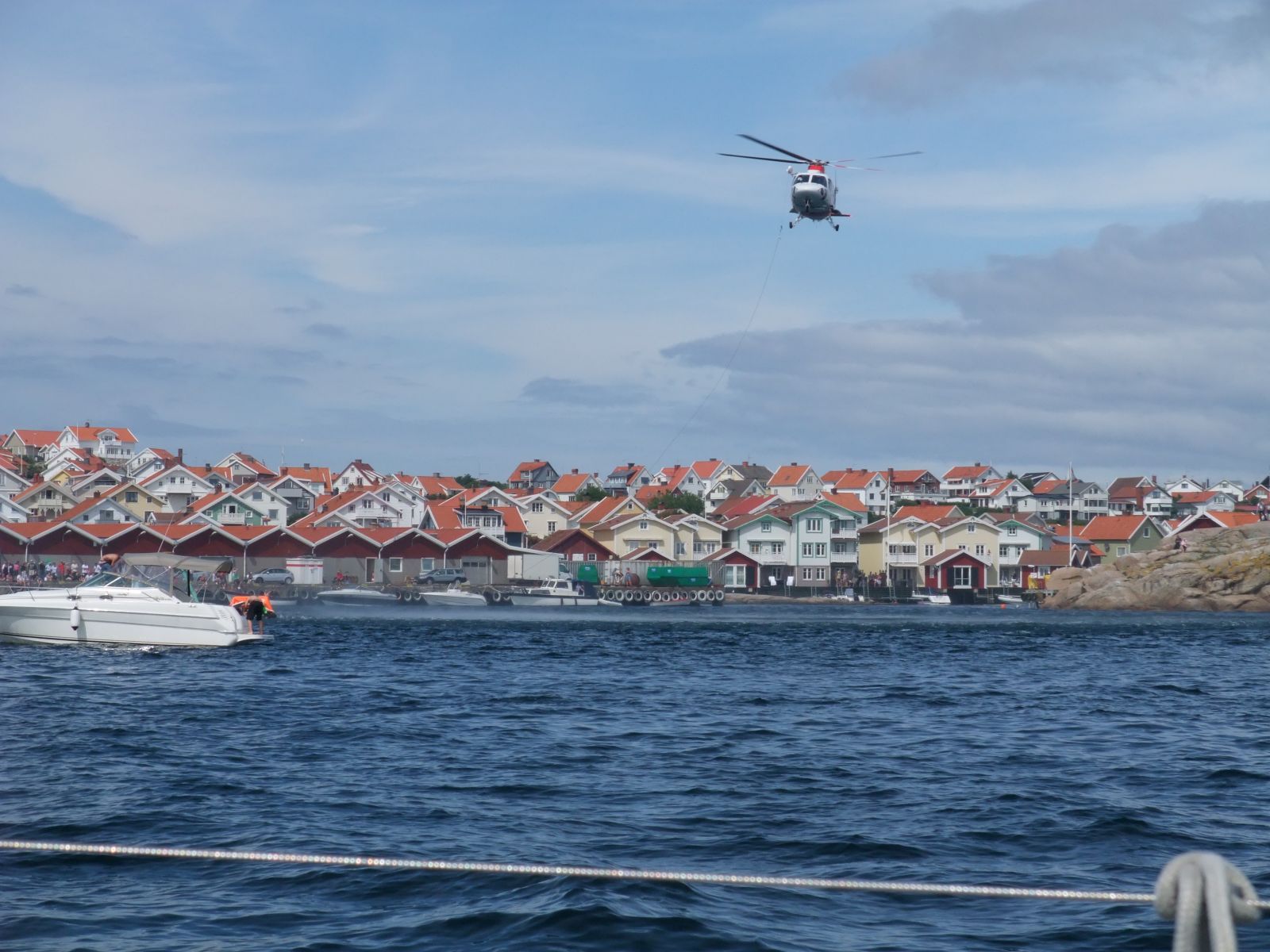 Rescue exercise from a liferaft. 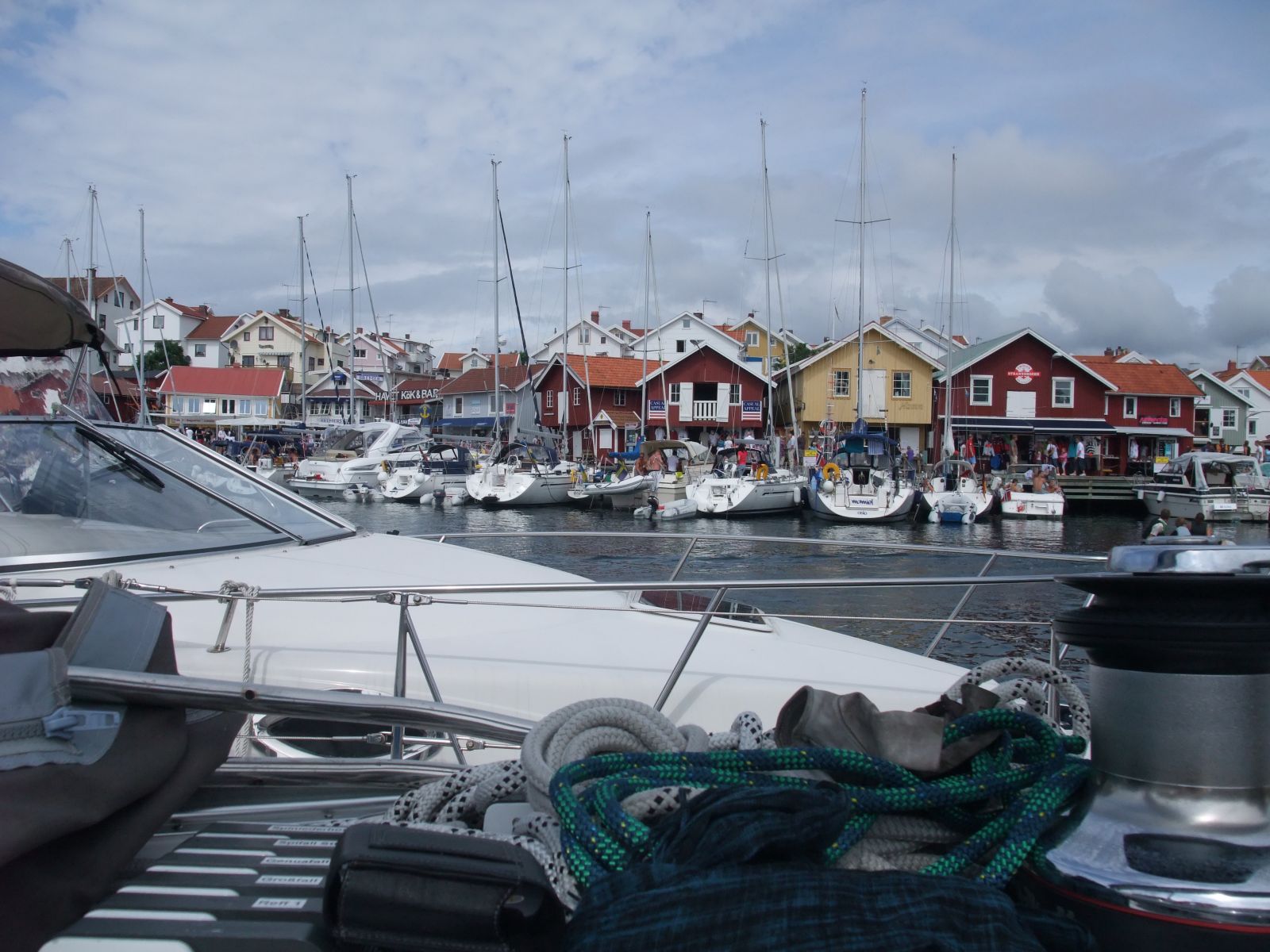 Smögen was very crowded. We walked into town and bought some food. Then we decided not to stay for the night and left right away heading for the next quiet anchorage. 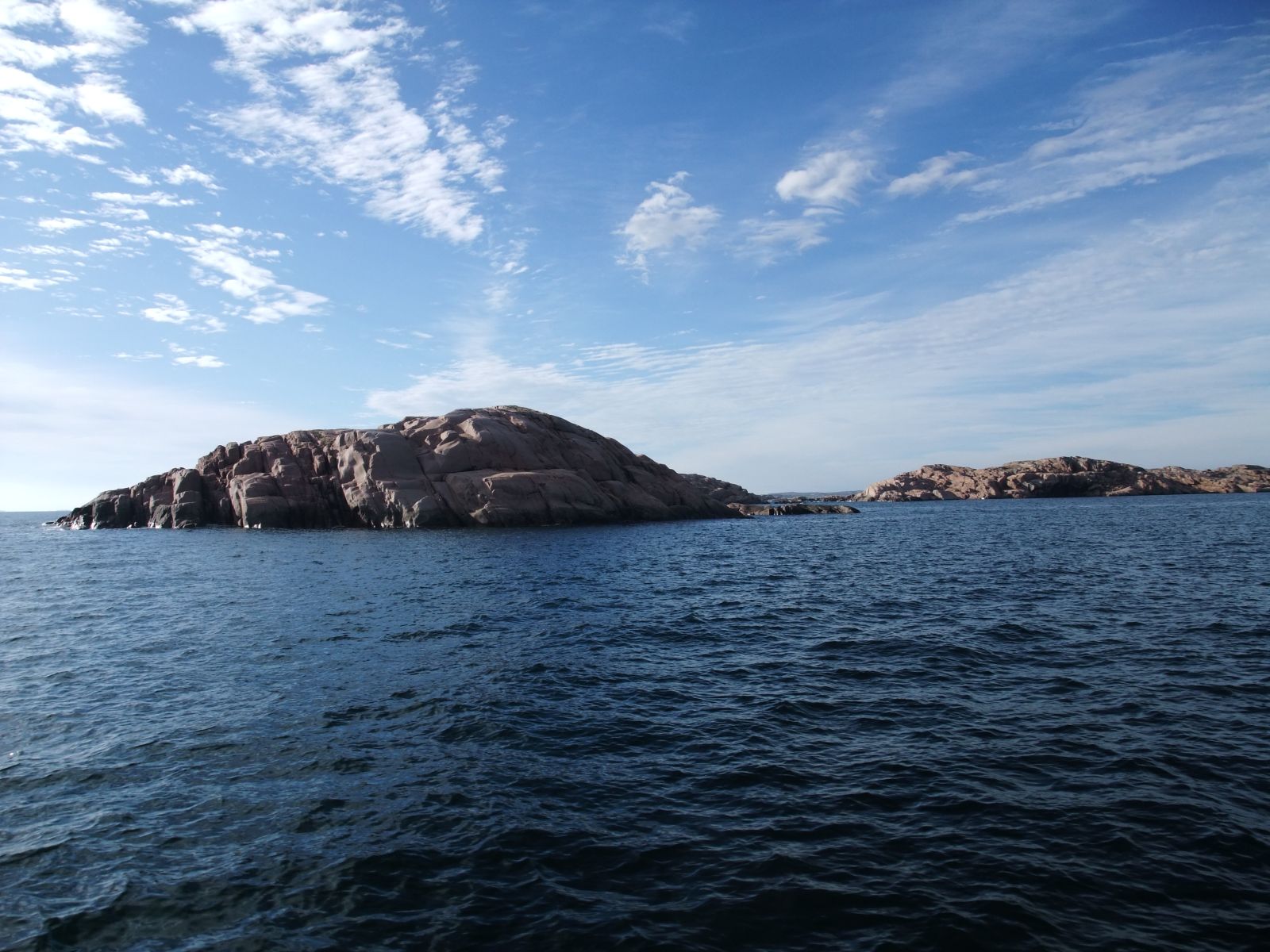 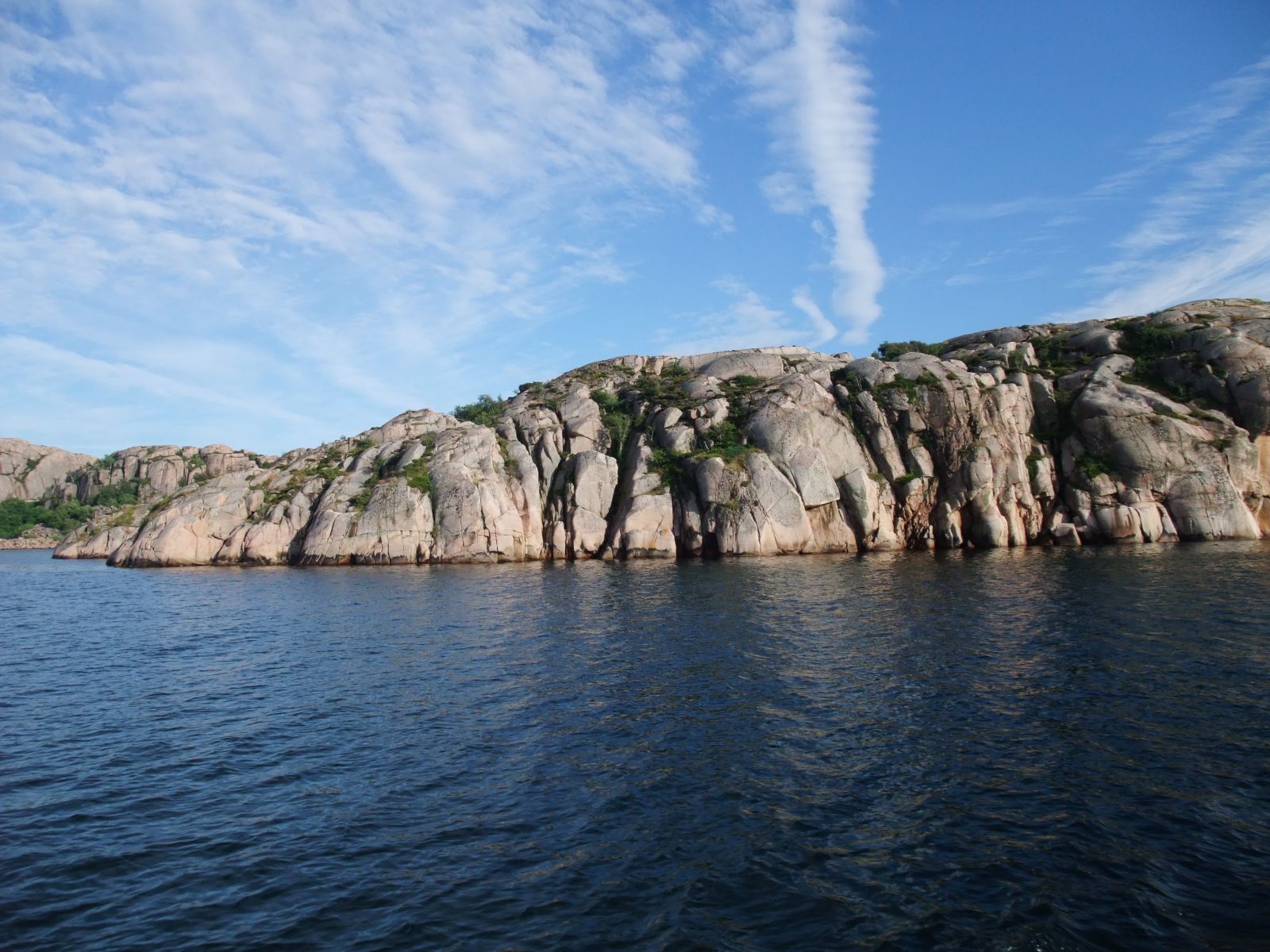 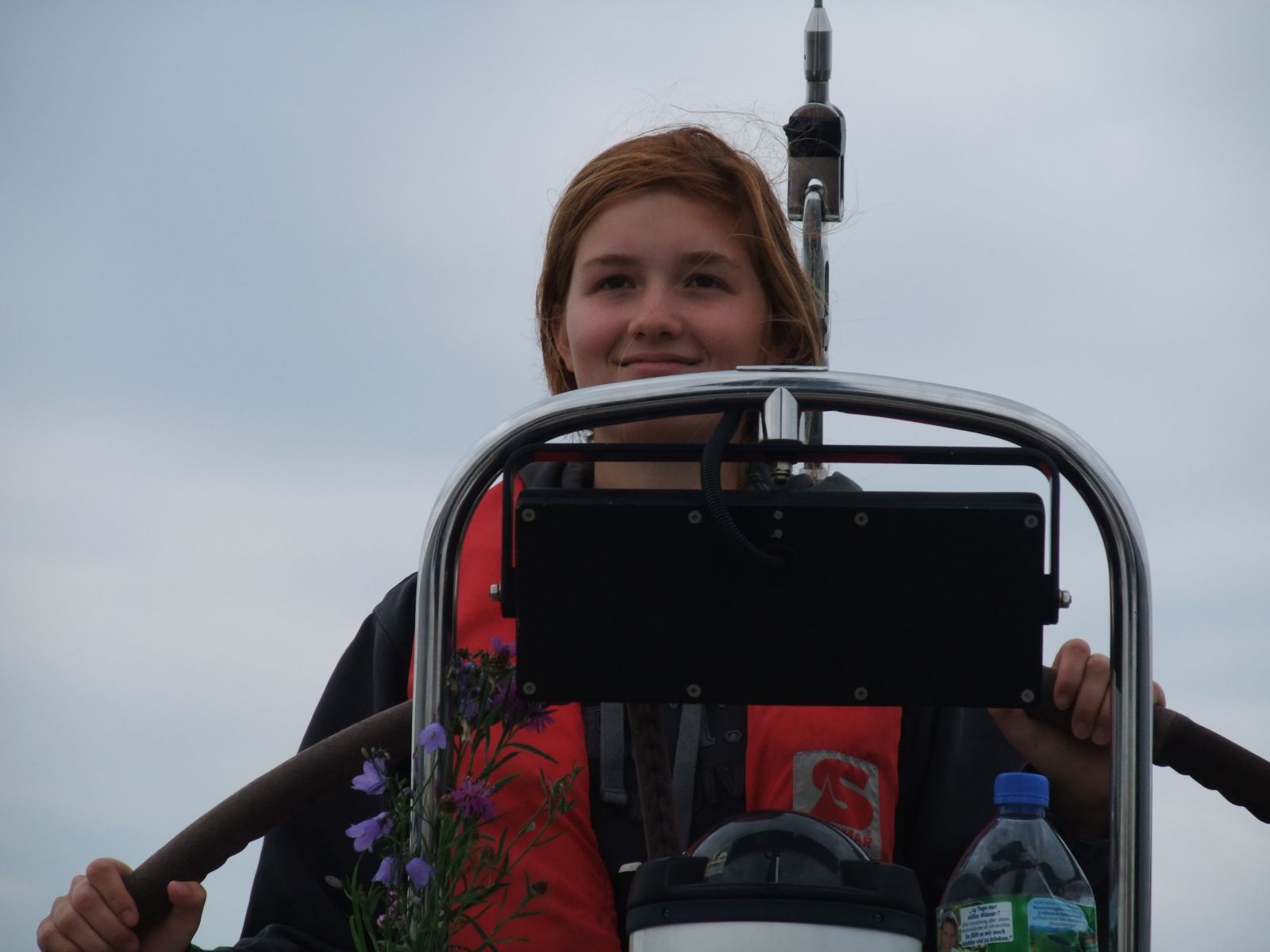 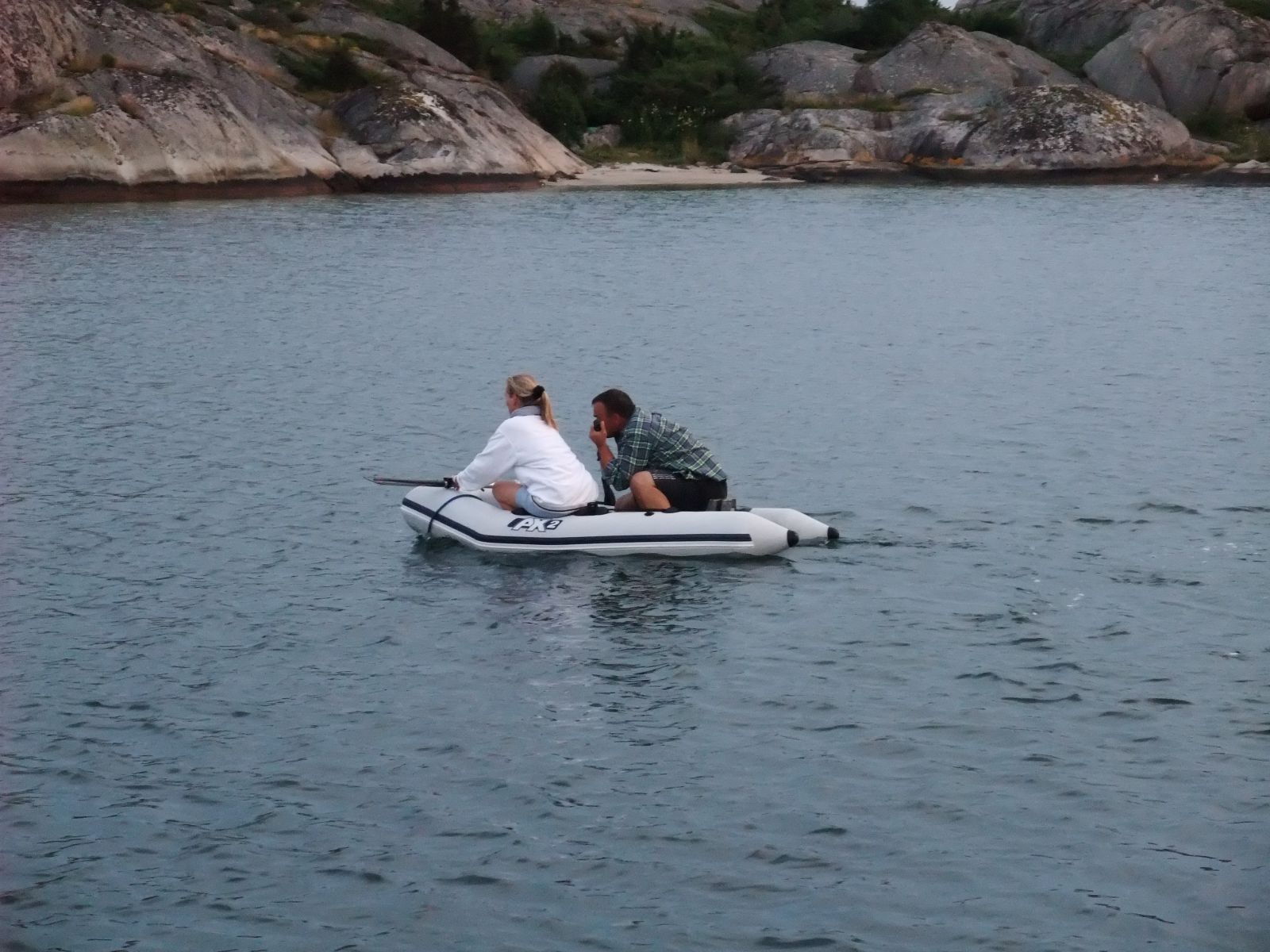 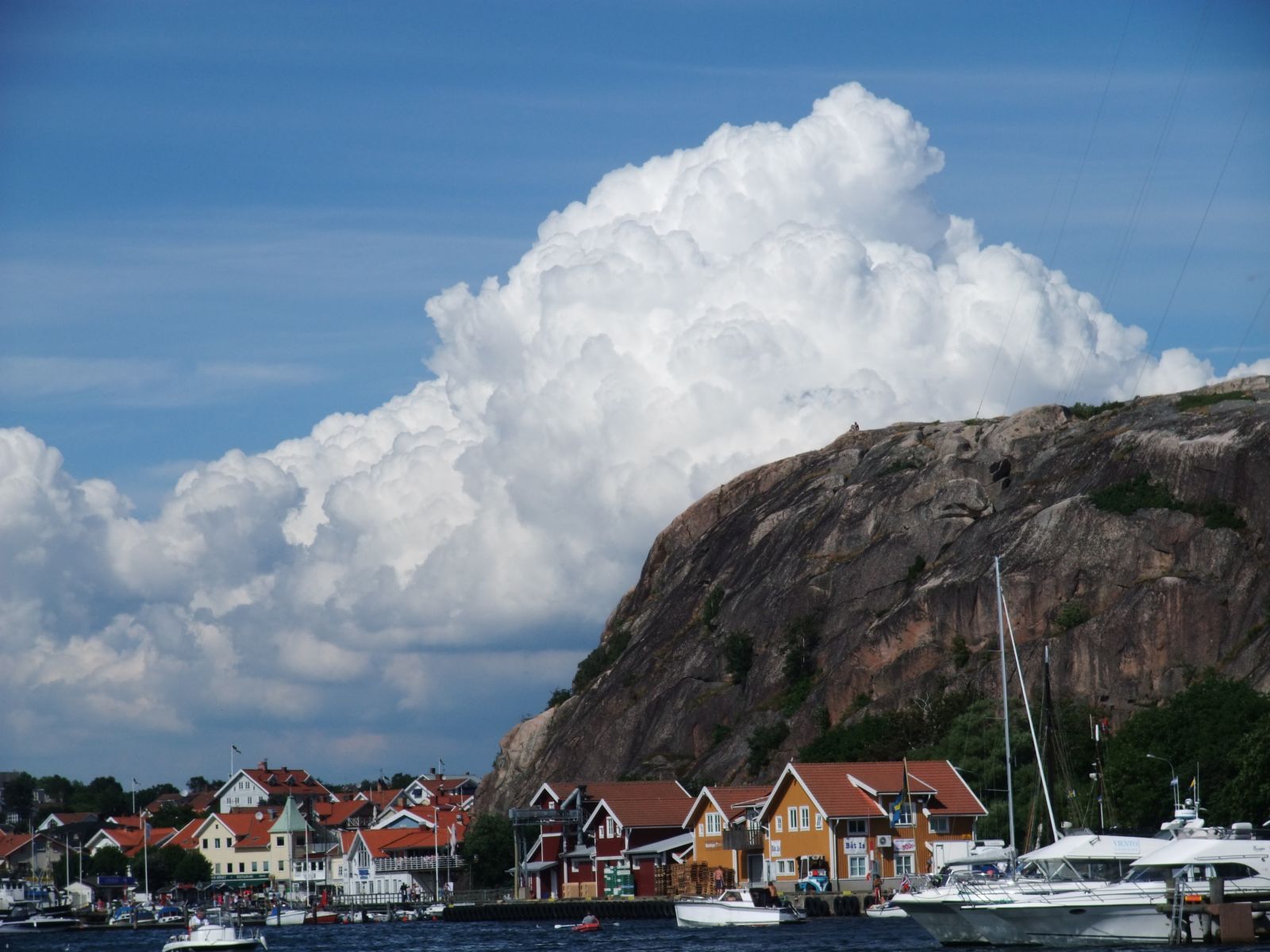 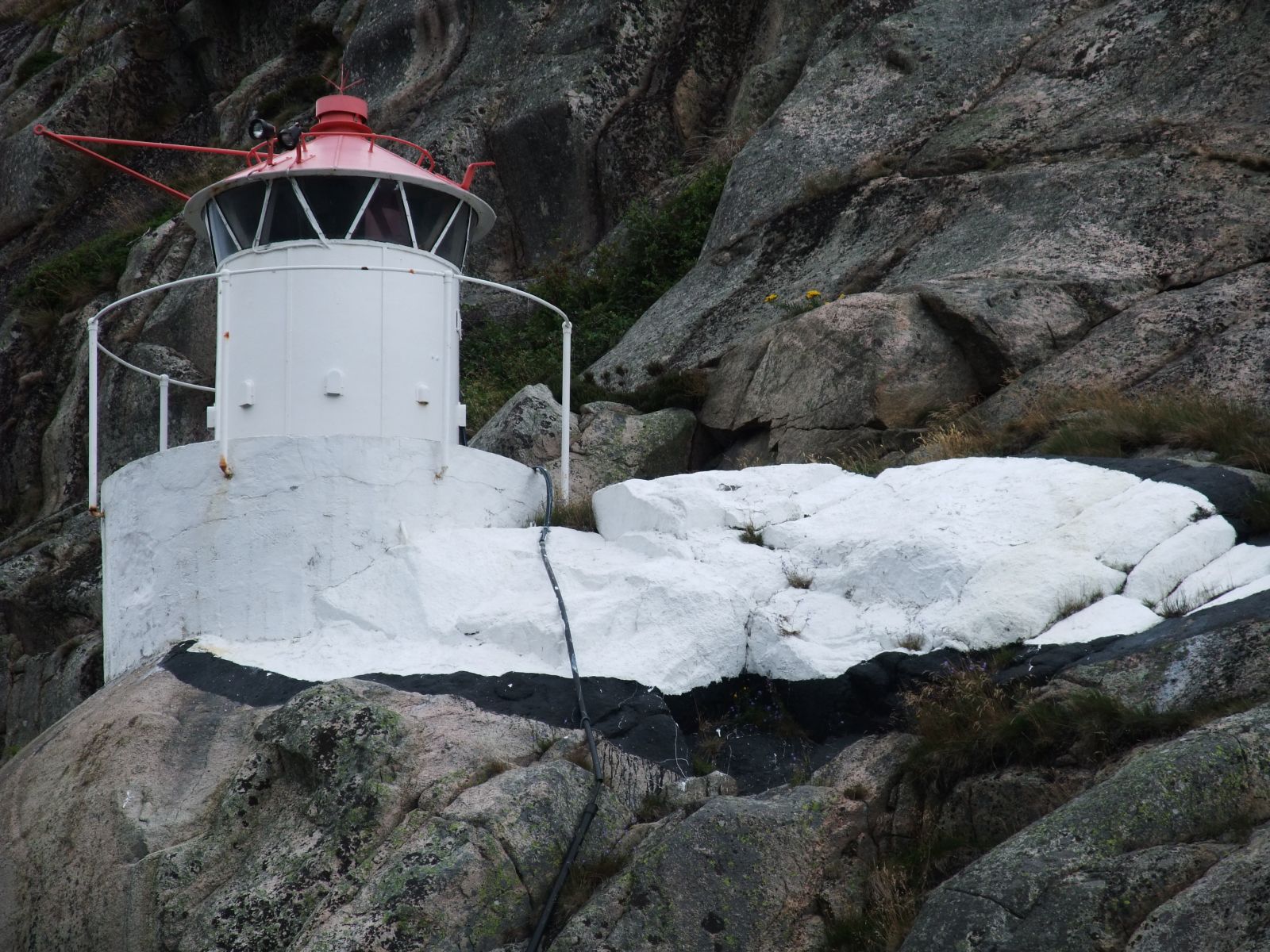 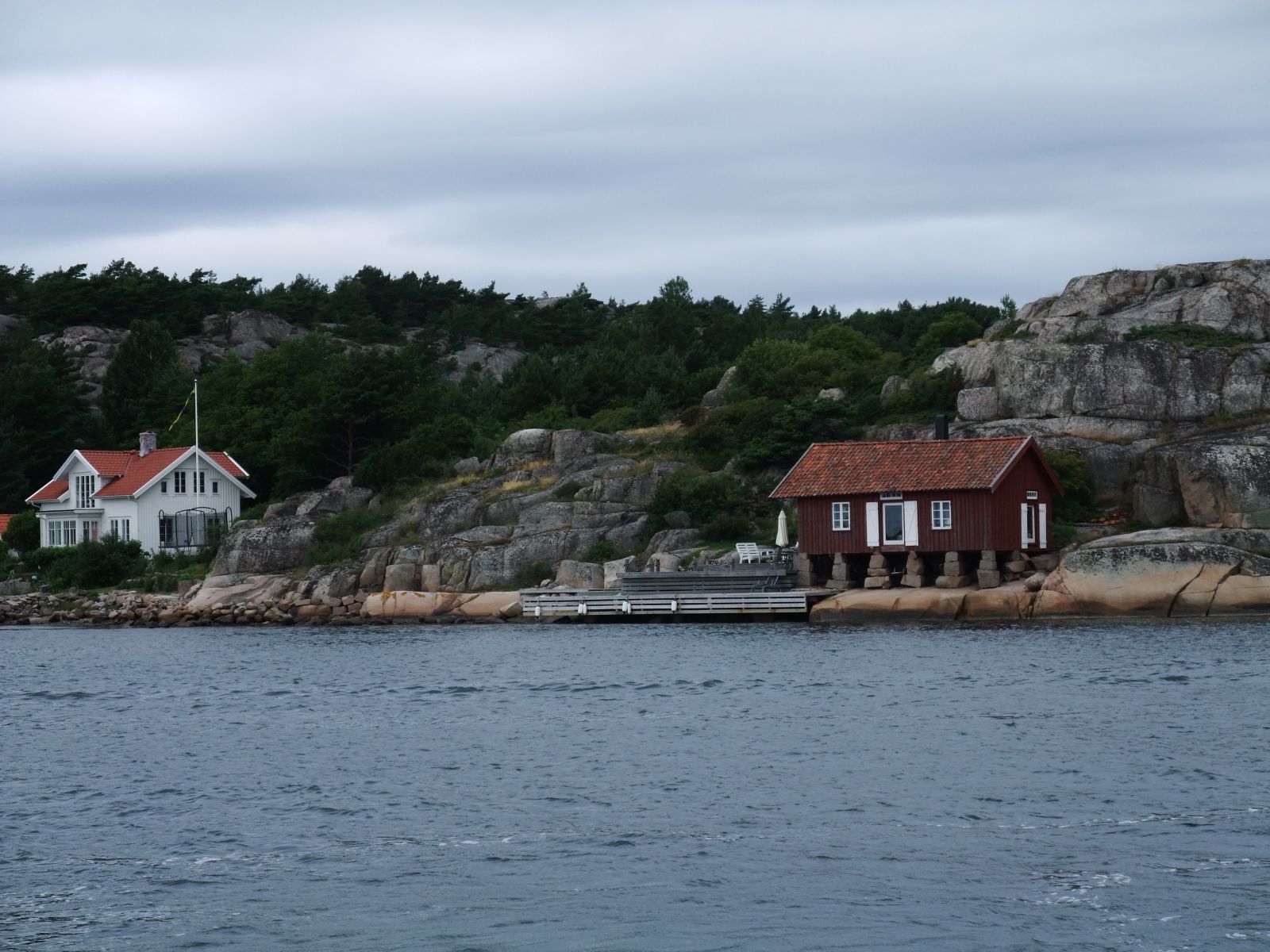 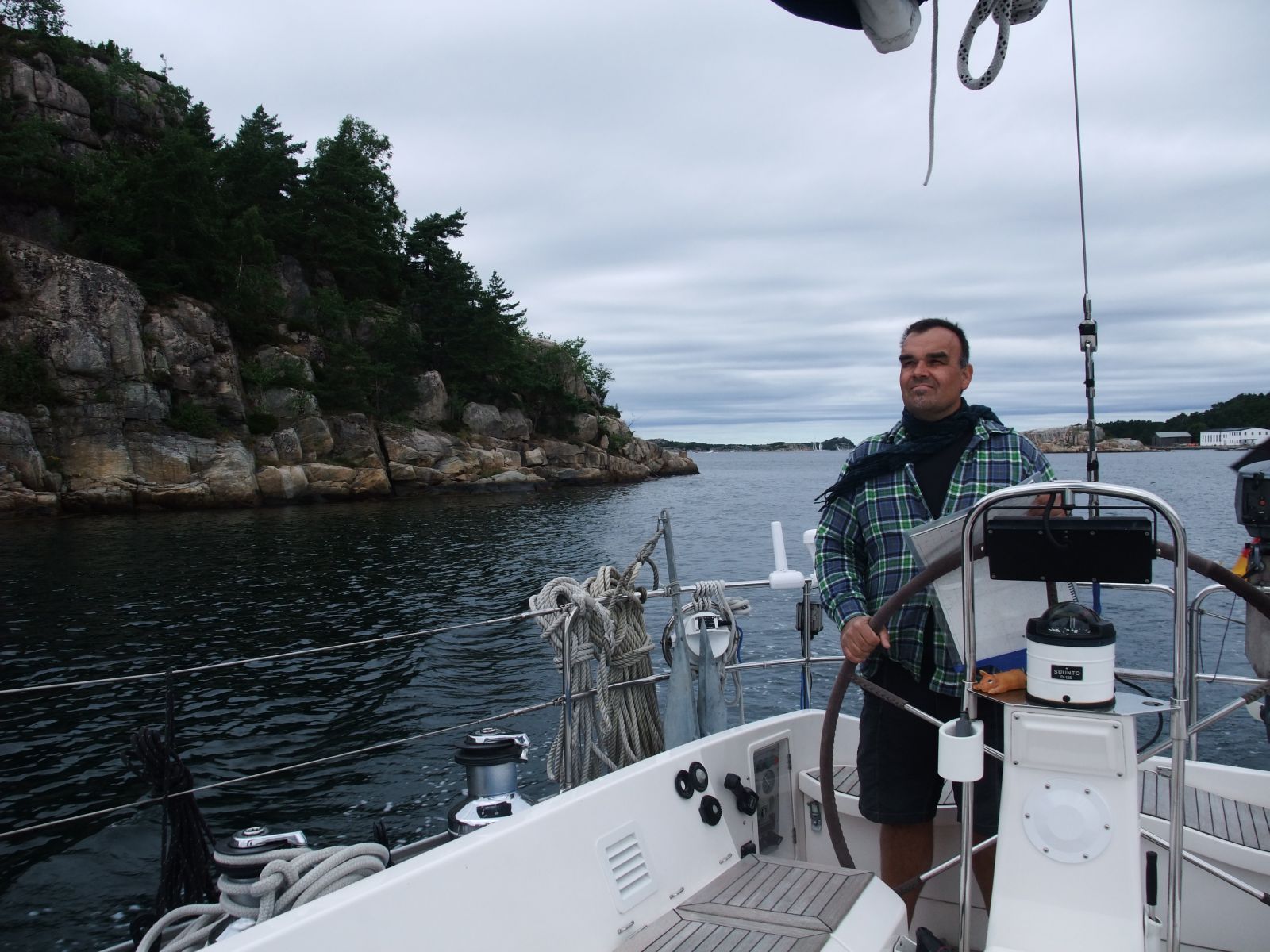