A new, forward looking sonar was introduced by Navico/B&G in 2014. This unit uses an Ethernet protocol for data Transfer. It consists of a transducer, a sonar hub and a Display unit like our Zeus² multifunction display. 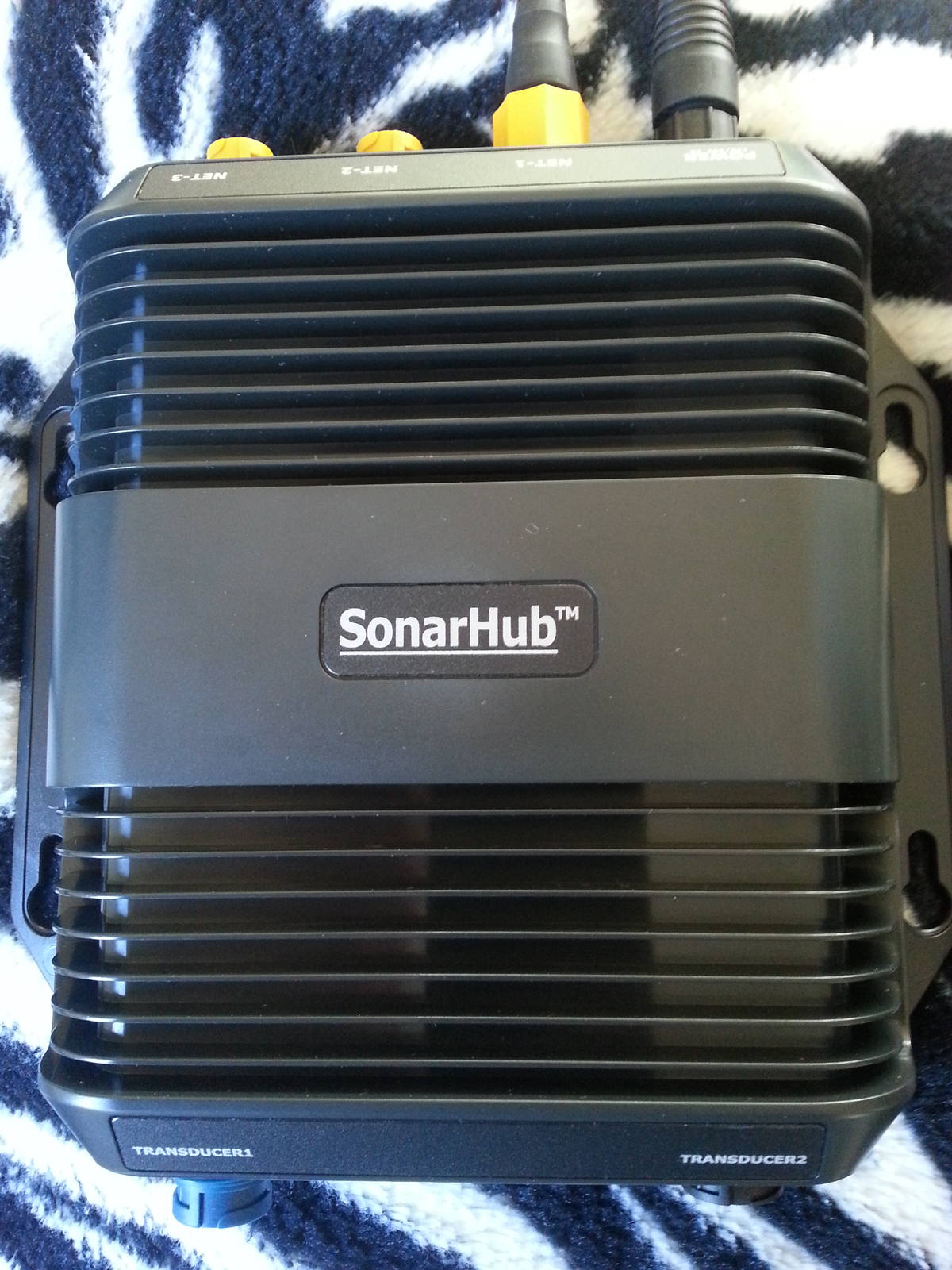 The ethernet cable has yellow connectors, male on both ends: 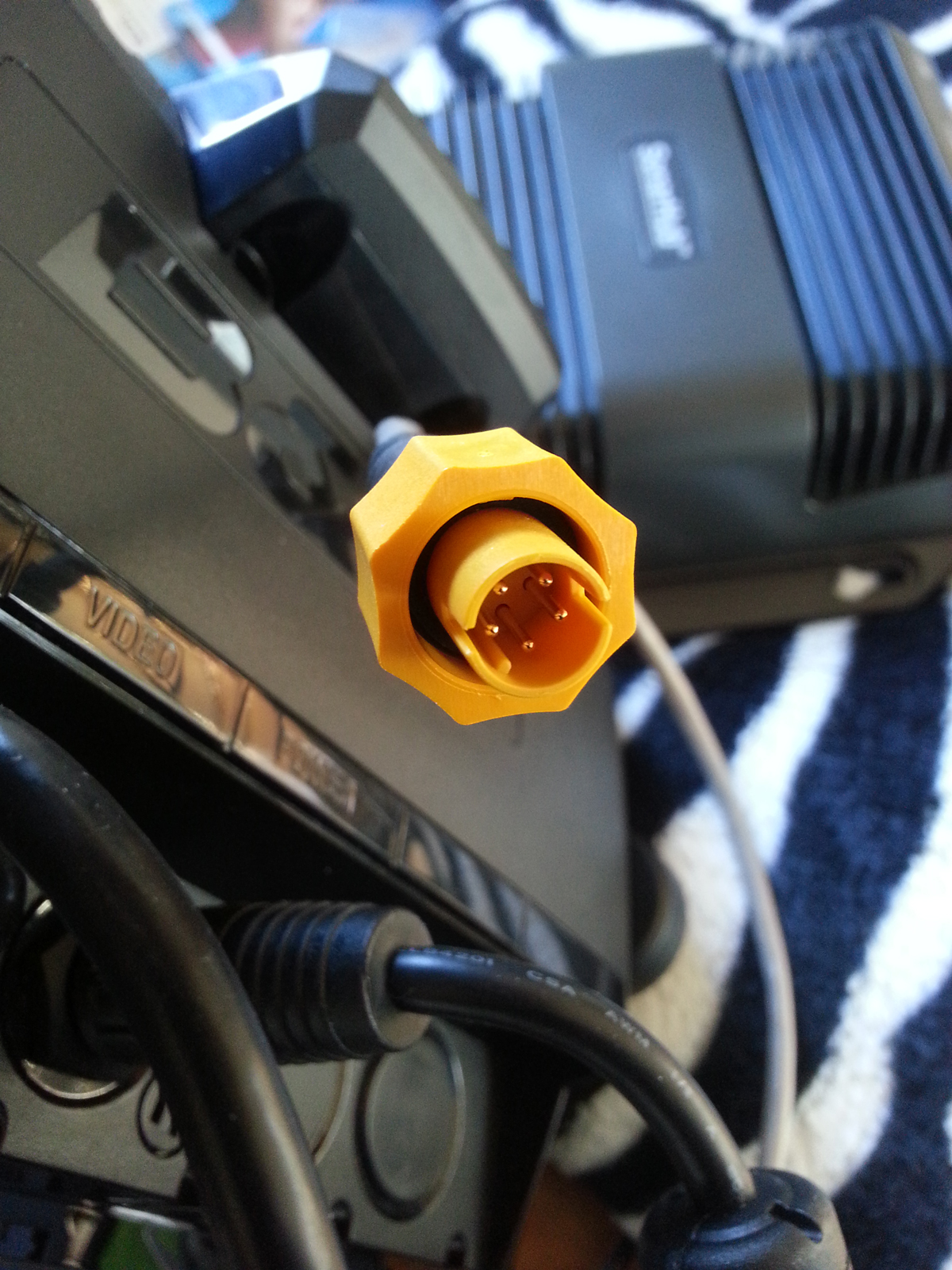 This is the connection to the display: 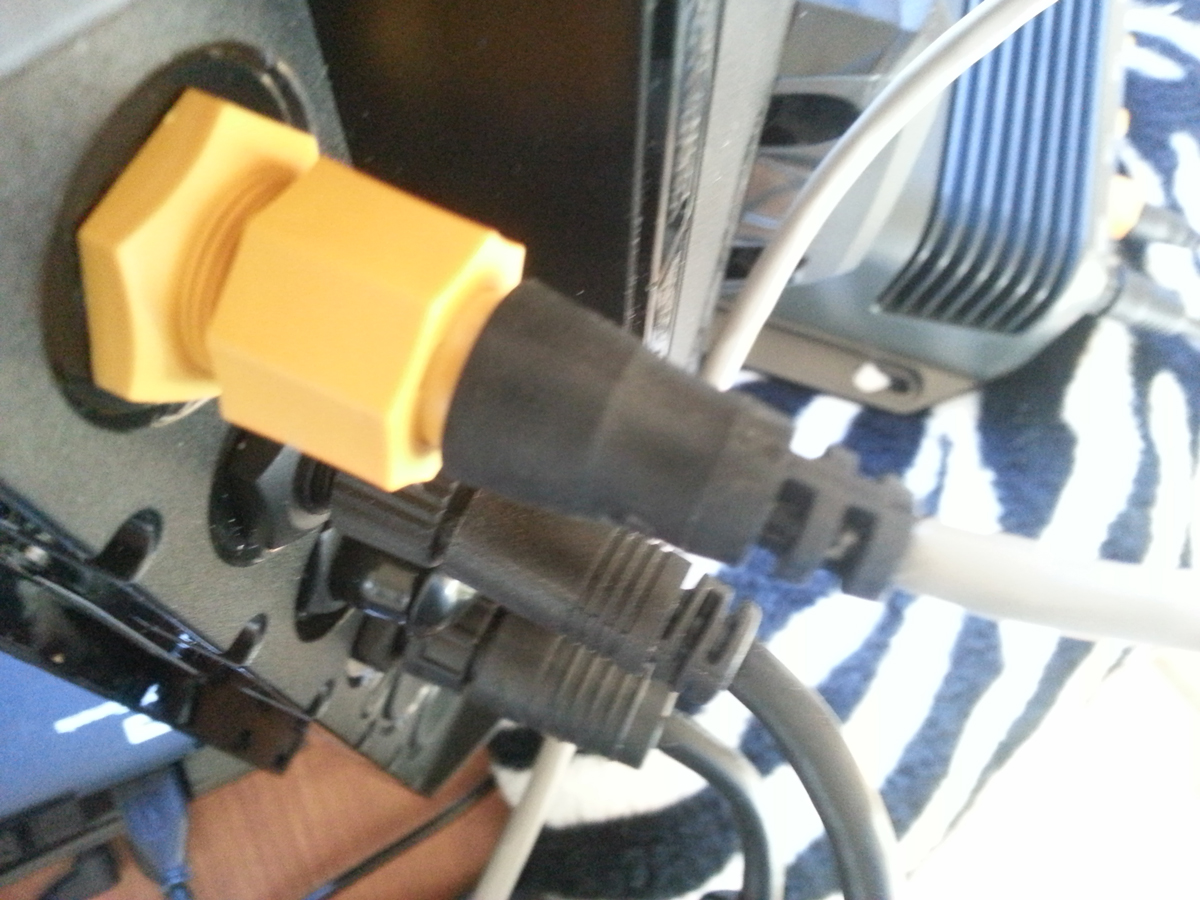 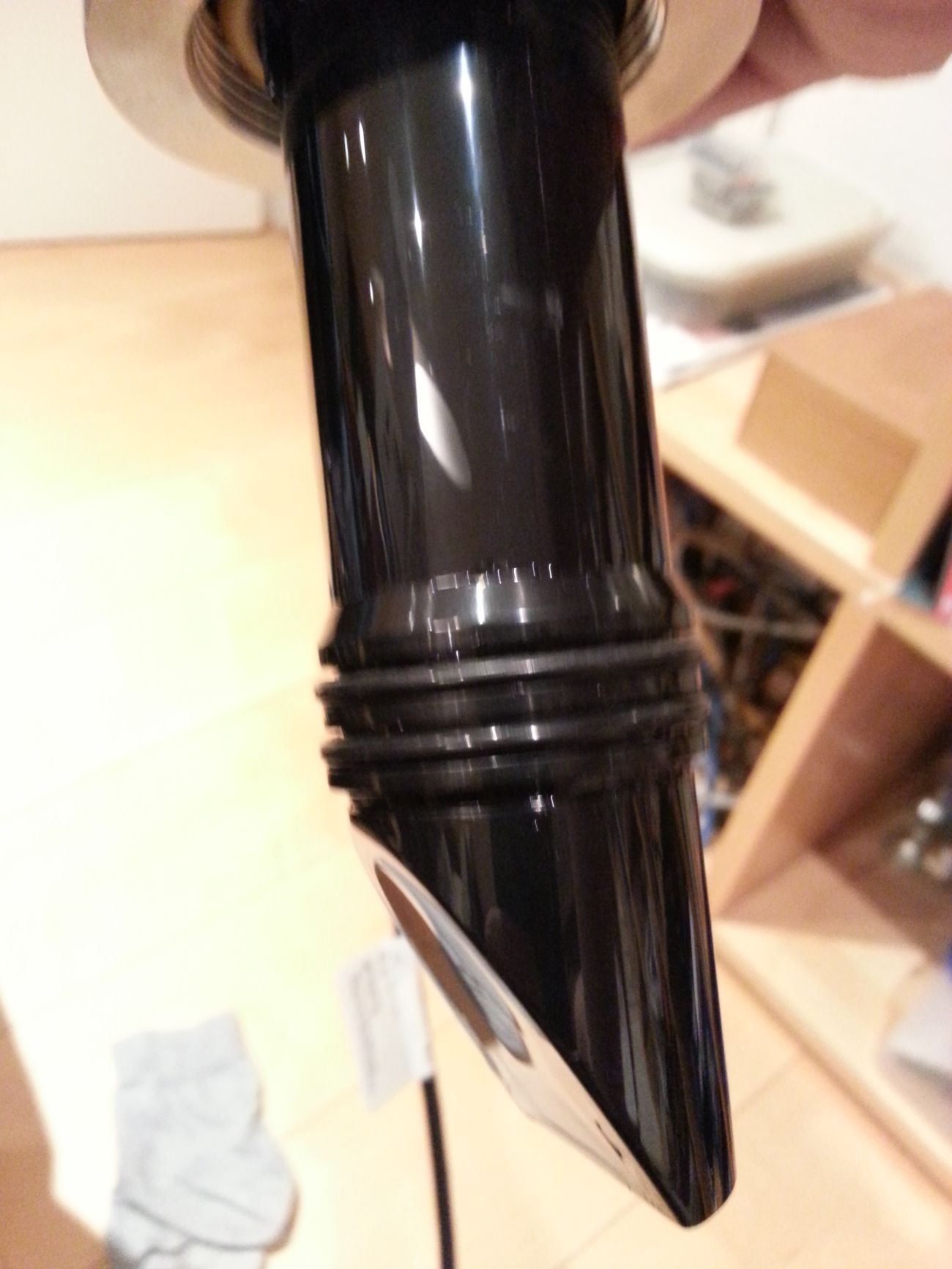 The transducer partially submerged in a bucket with water in our livingroom. 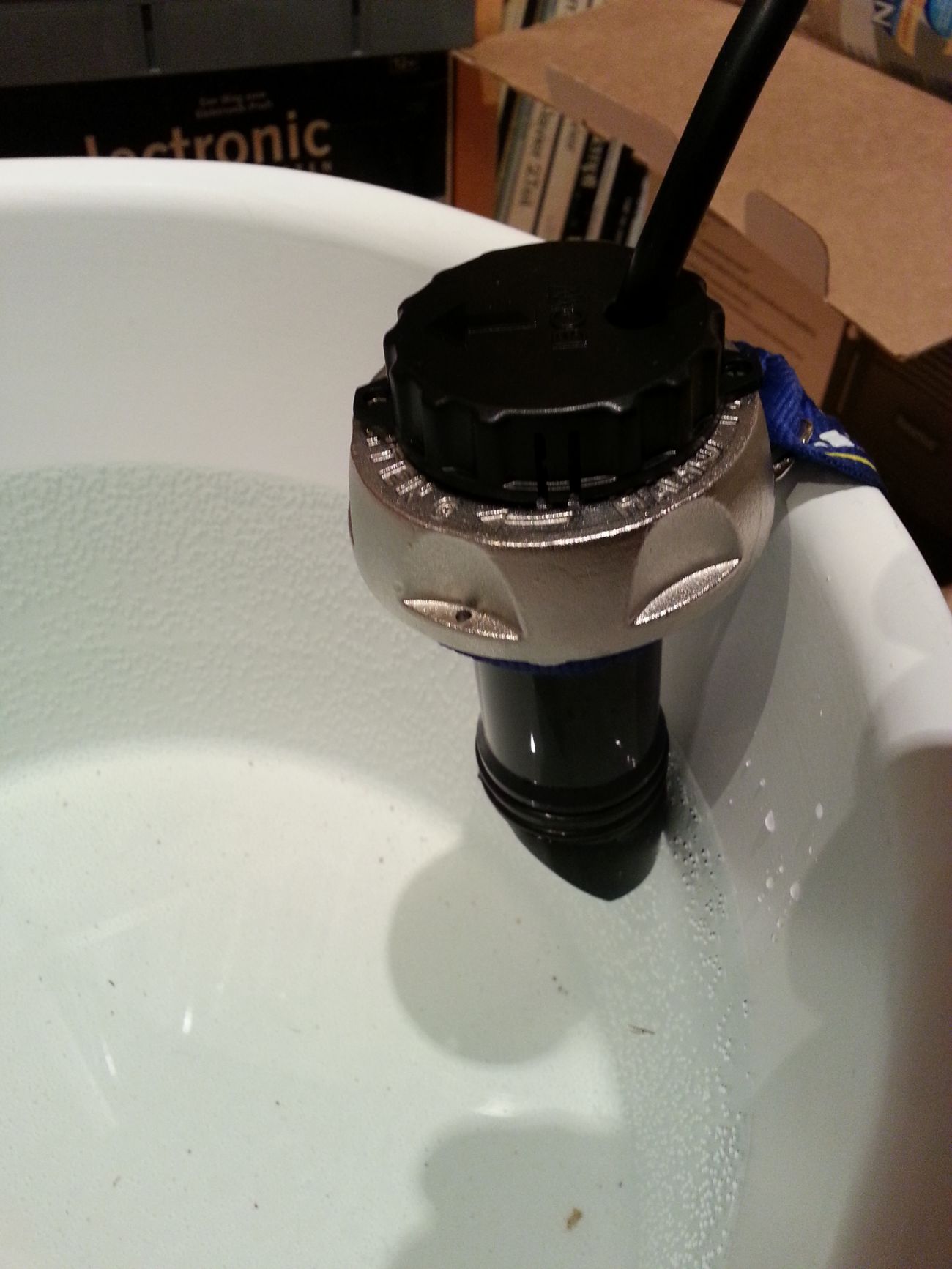 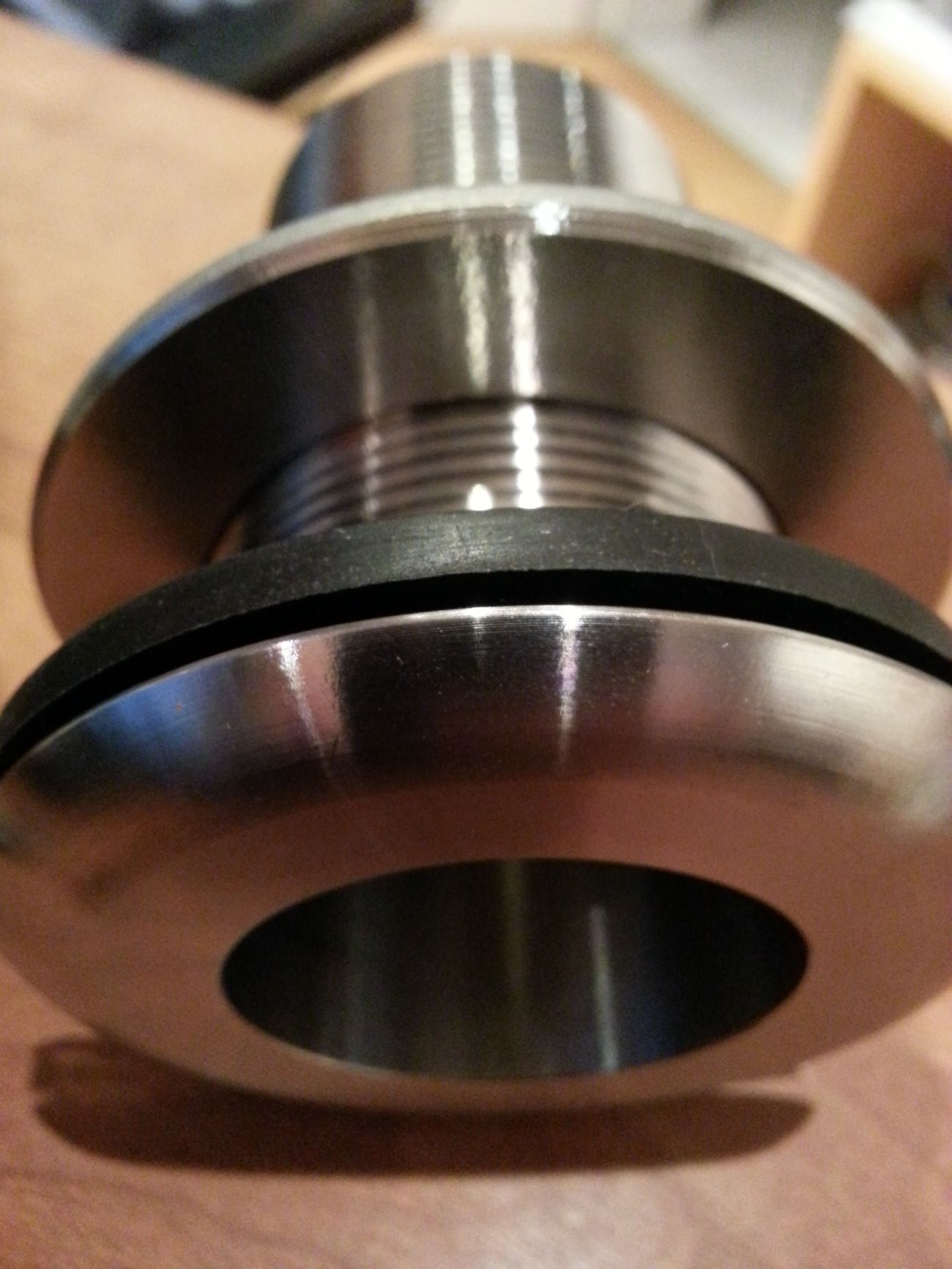 The set includes a plastic plug to close the hole when the transducer is not being used for a longer period of time. 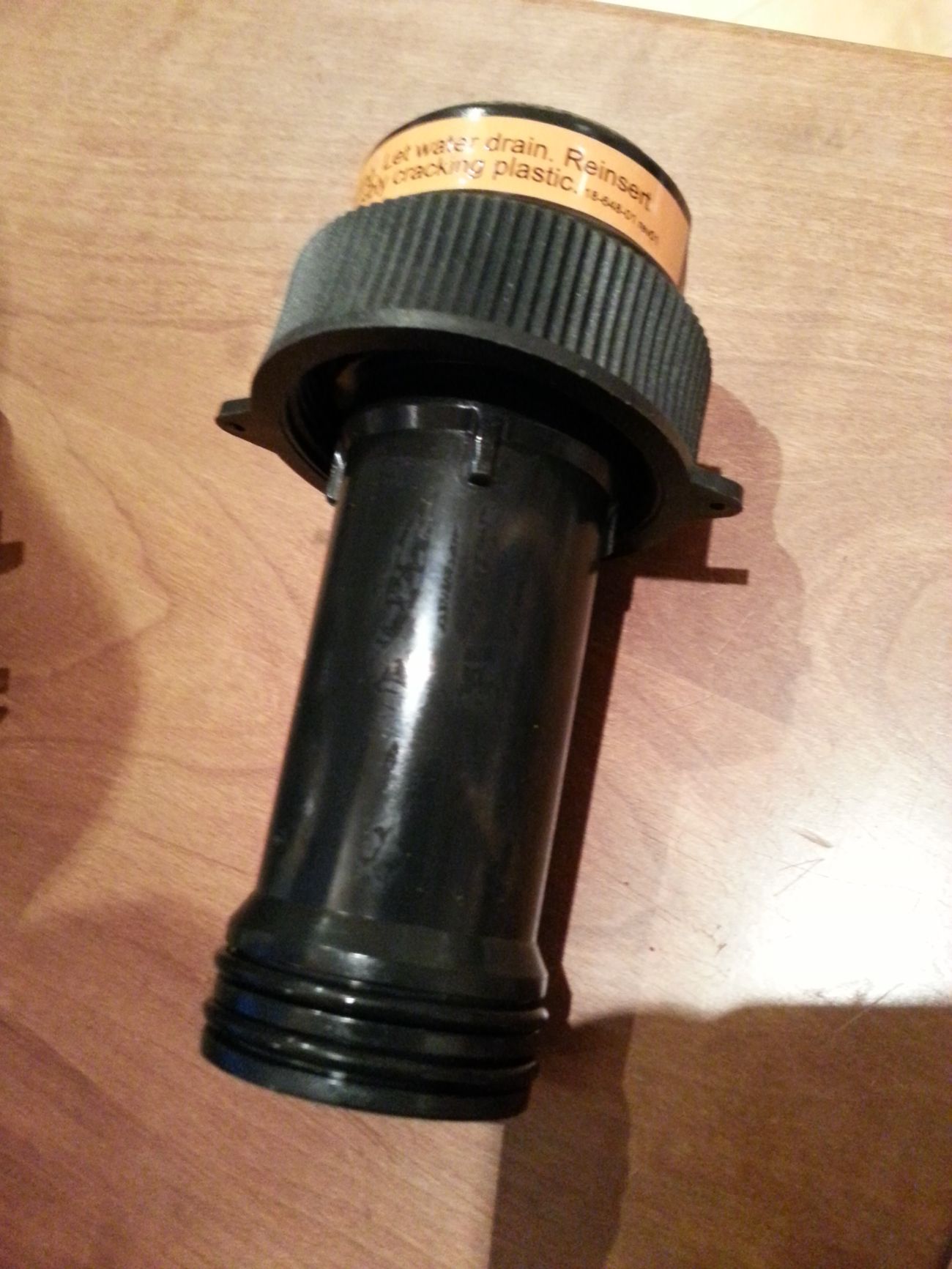 At first, nothing worked. There was no menu to setup the forward scan.

Then a software update of the Zeus² was performed – still nothing. The service hotline from Navico told me how to activate the forward scan. Result: Forward Scan appeared on the Zeus, but the Sonar Hub was not accepted as Data source… 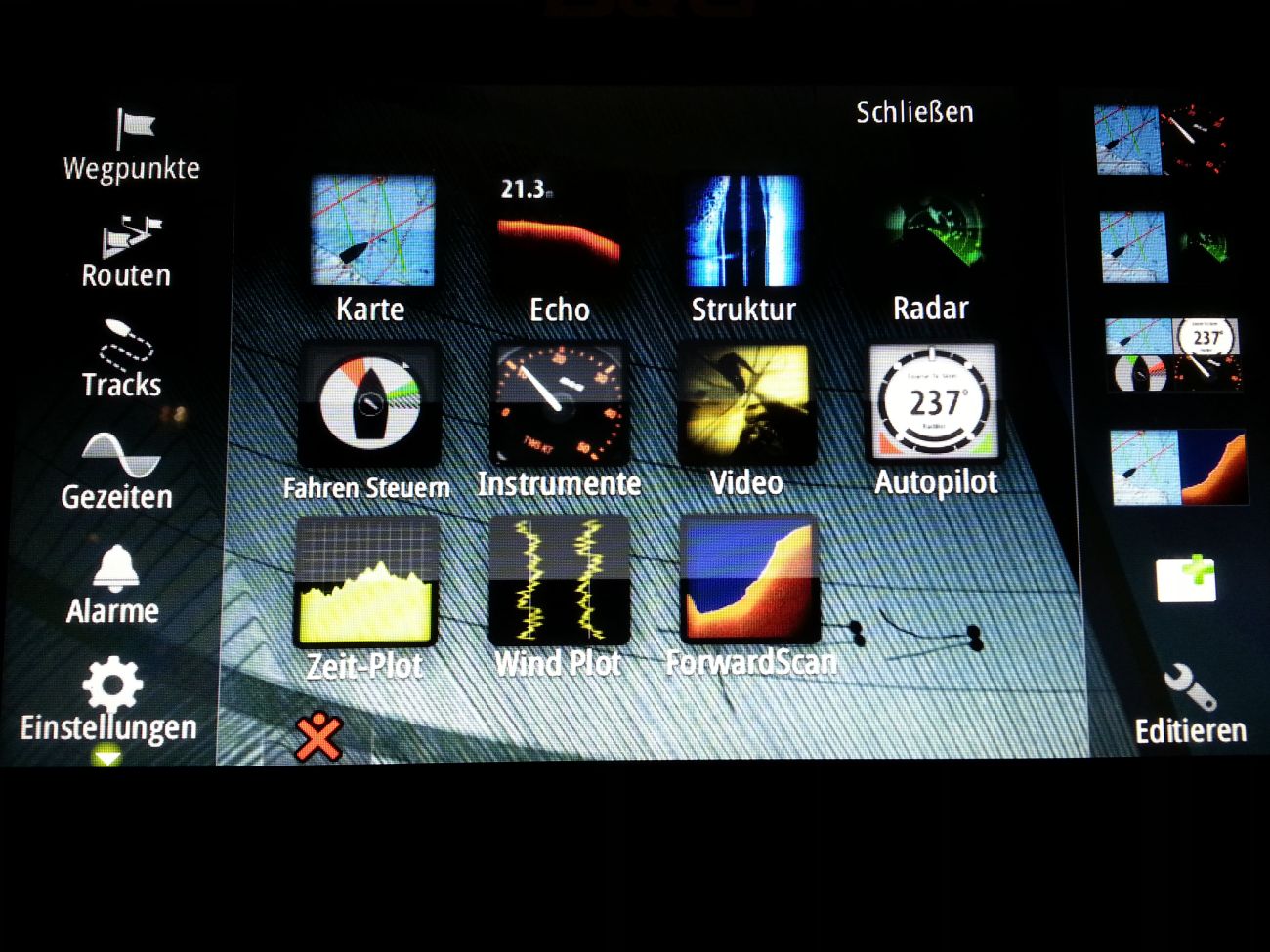 The next call to the service hotline resulted in a software update of the sonar hub which I had bought yesterday and then a colourful image of the floor and the wall of my bucket appeared on the screen! 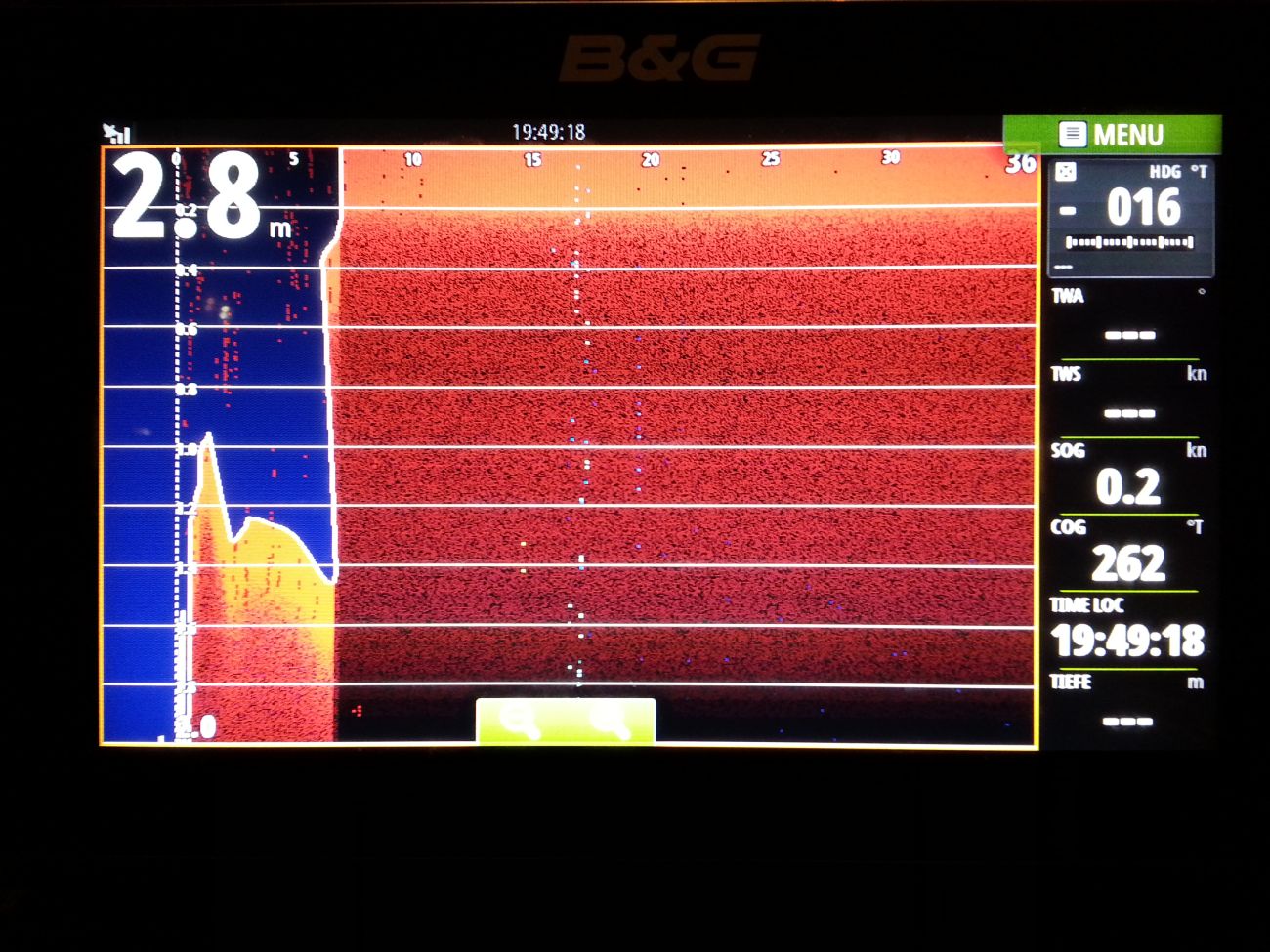 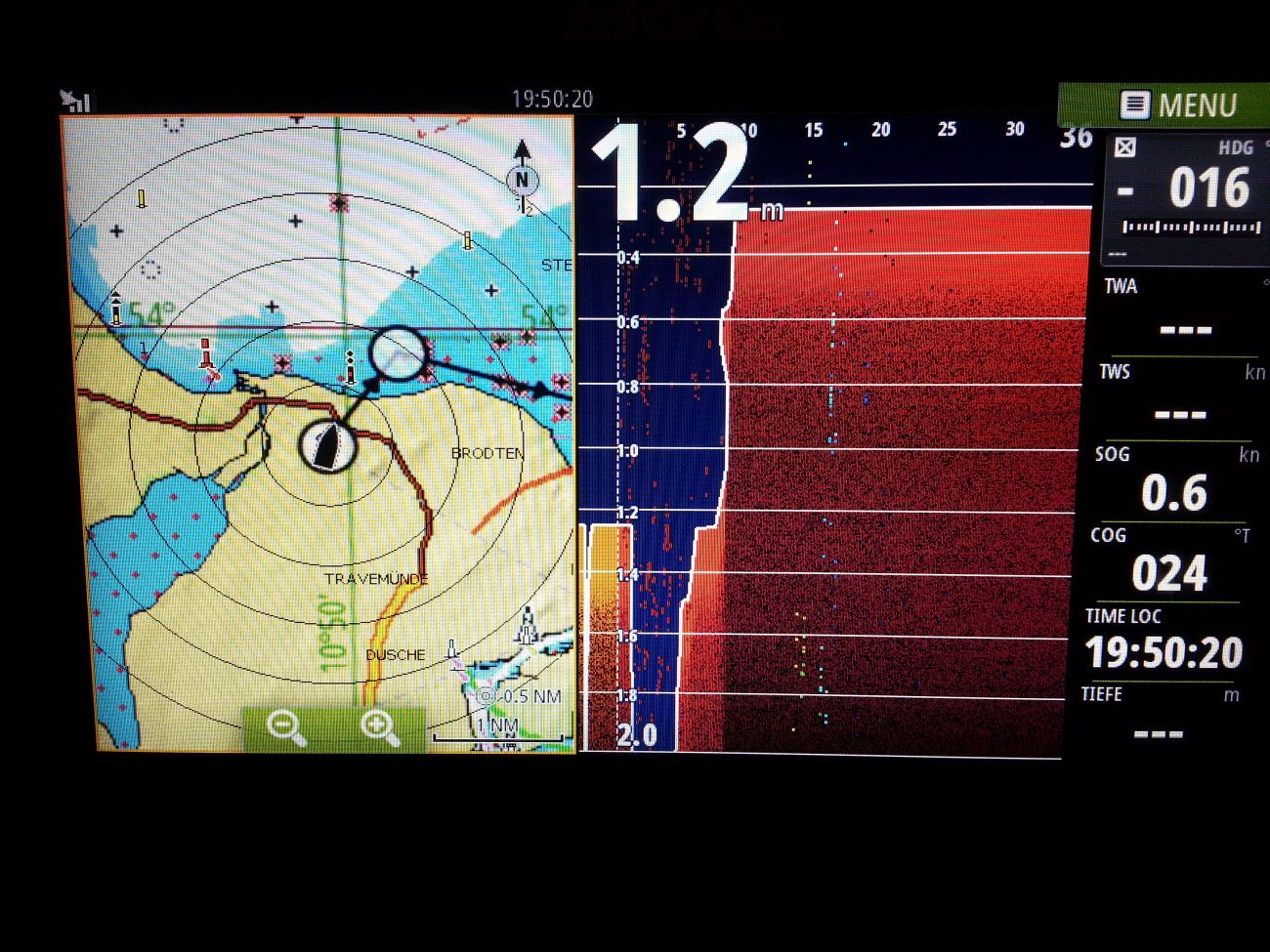 Another option of split screen. I can’t wait to test this in the water: 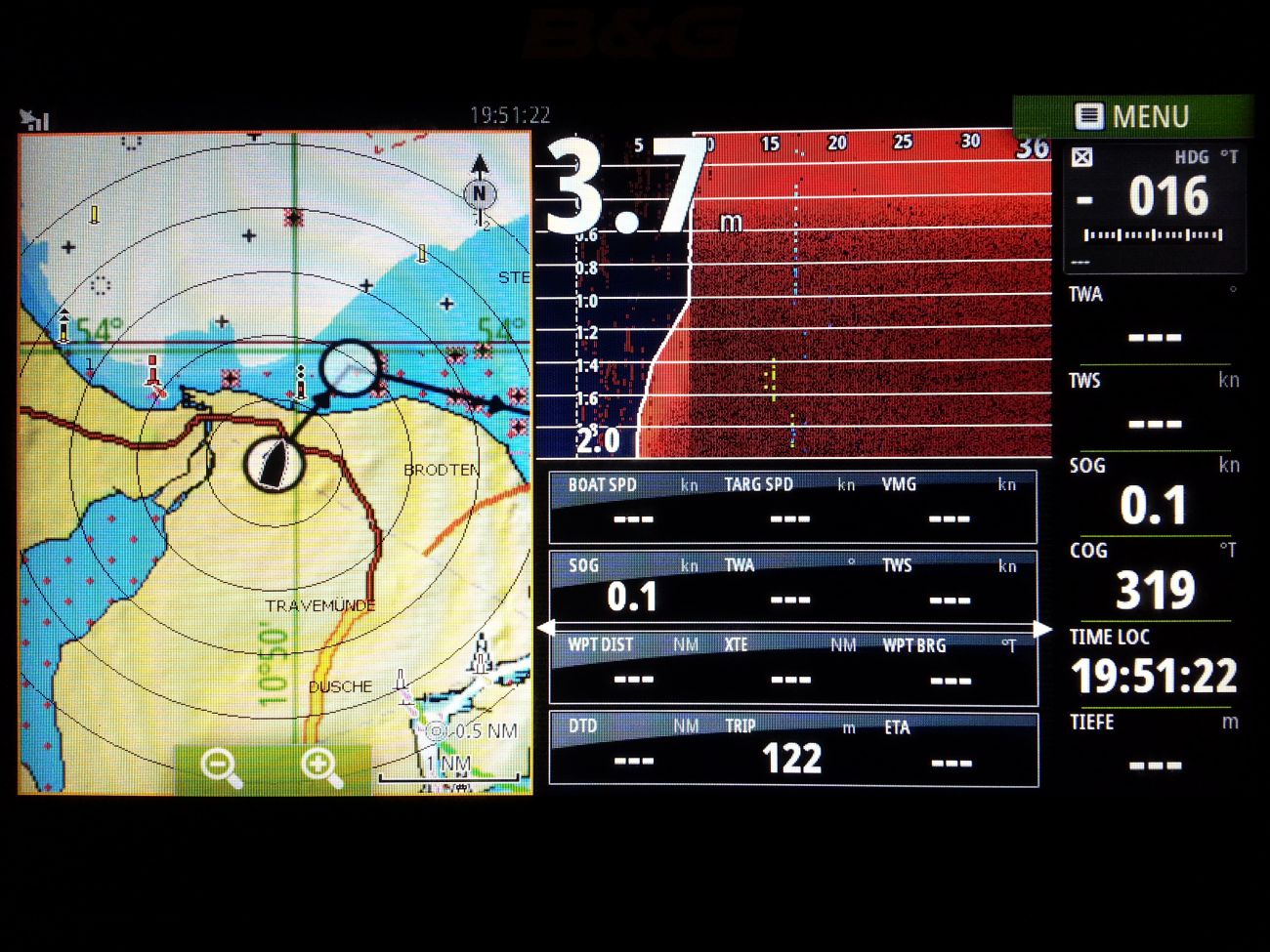 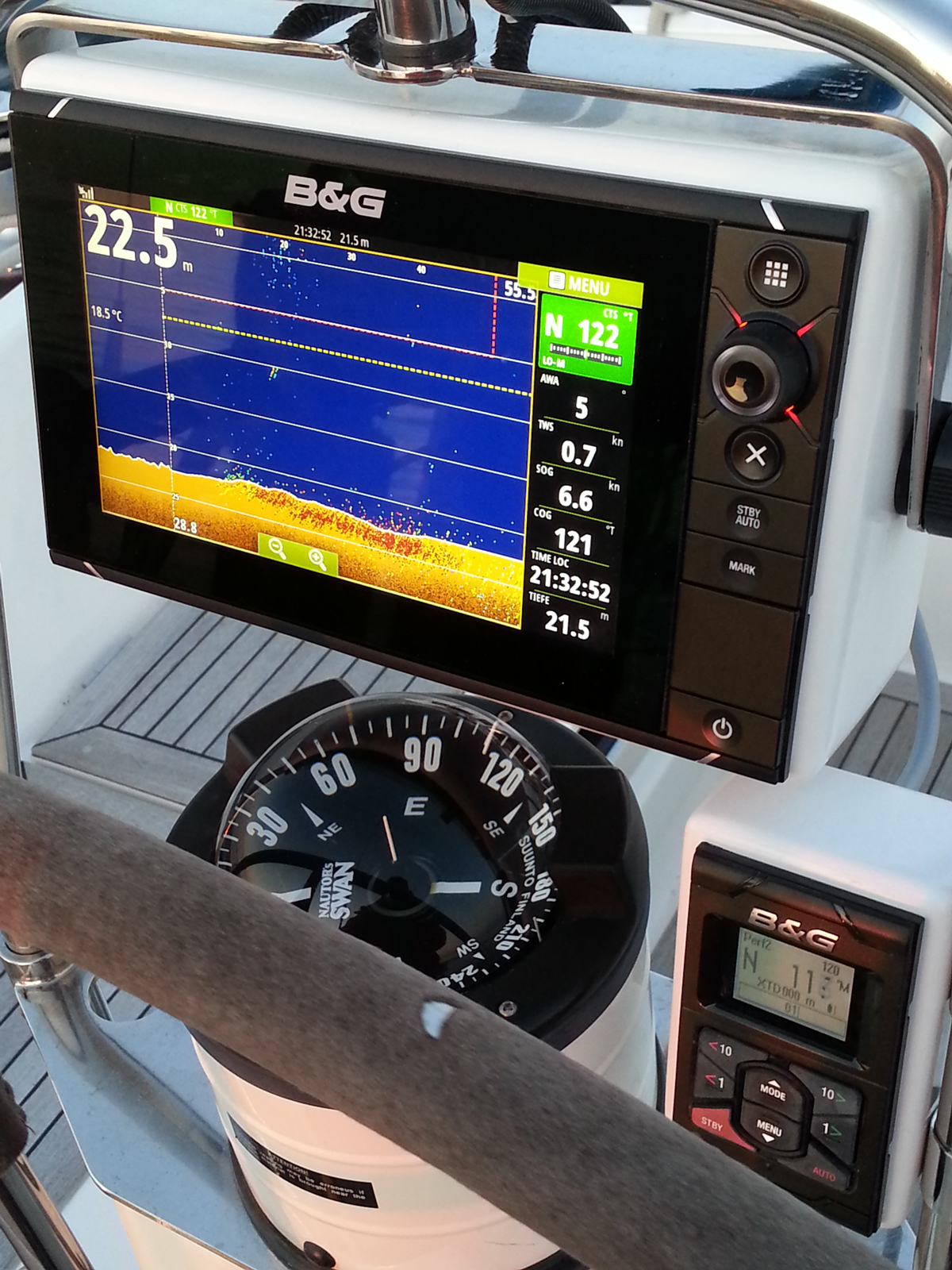 The forward scan finally in operation during our trip to Finland in 2015. Flat seabed, all clear up to a distance of 55 m in front of the ship. The water was nice and warm, 18,5°C, the depth was 22,5 m

Hello,
I am in the process of purchasing a Swan 44MKII, hull number 156. I am in the USA, San Francisco. I would like to ask you several questions as I get to know my new boat.

One question concerns the heads. The previous owner had new electric heads installed within the last six months, however they did not replace the hoses. I am considering replacing the hoses and removing the holding tank a cleaning it. My question is are ther two holding tanks, one for the aft head and the other for the forward head?
Also, ther is a foul smell in the lazarette locker coming from the aft holding tank, however I do not see any leaks. Any ideas about this issue?

I enjoyed all of your videos.