What is a Monitor Windvane selfsteering device?

A windvane selfsteering device is able to steer the boat to a constant angle to the apparent wind. The windvane swings in the wind. With the vane in the neutral position the wind exerts equal forces on both sides of the windvane. When the wind is shifting to one side the vane is moving to the opposite side thus creating a certain force on a vertical steel stick. This force rotates a pendulum rudder at the stern of the boat. When rotated this pendulum rudder exerts a strong force to the side. This force is directed by two steering lines to the tiller or to the steering wheel of the boat. This moves the main rudder of the vessel. So the ships course is altered until the apparent wind angle reaches the original value when the windvane and the pendulum rudder return to their neutral positions. By adjusting the windvane to different apparent wind angles this mechanical autohelm can steer different courses. This system uses no electrical power.

Why do we need a mechanical autohelm?

The estimated saving in electrical power is between 120 and 190 Ah per 24 h. For bluewater cruising this mechanical steering system is a good addition to the electrical autohelm. The second reason for the Monitor was redundancy in case of failure of the electronical autohelm system.

One of the first second generation windvane selfsteering devices was the Aries from Denmark. The American made Monitor Windvane is based on the same principle of a pendulum rudder. Another alternative is the German made Windpilot Pacific, also using the pendulum rudder to create sufficient steering forces. This is just to name some of many solutions from different brands.

The first generation of selfsteering devices used the force of the windvane directly to drive the main rudder of the vessel.

Other Systems use the force generated by the pendulum rudder to drive a third rudder which operates independently from the main rudder which is blocked in a neutral position when the selfsteering device is used.

I decided to fit a Monitor on EASY since I had fitted a Monitor to our Contessa 32 17 years ago, in the year of 1999. We had sailed some 10 000 Miles with the Monitor, including my singlehanded trip to the Azores. Between Cuxhaven, the Azores and back I had barely touched the tiller in winds from 5 knots to 55 knots. The Monitor was even able to steer a course of 150° flying the spinnaker between 9 and 22 knots of wind. I was very content with the performance of the Monitor and would consider it one of the top 5 pieces of equipment on board.

Here you can watch the Monitor in action on the way to the Azores: https://www.youtube.com/watch?v=x4jJIu9l9bA

We never experienced any failure with the unit. It is very sturdy and I was rather unhappy when the new owner of our Contessa 32 decided to buy the ship including the Monitor.

The Monitor arrived an a large box weighing over 45 kg. 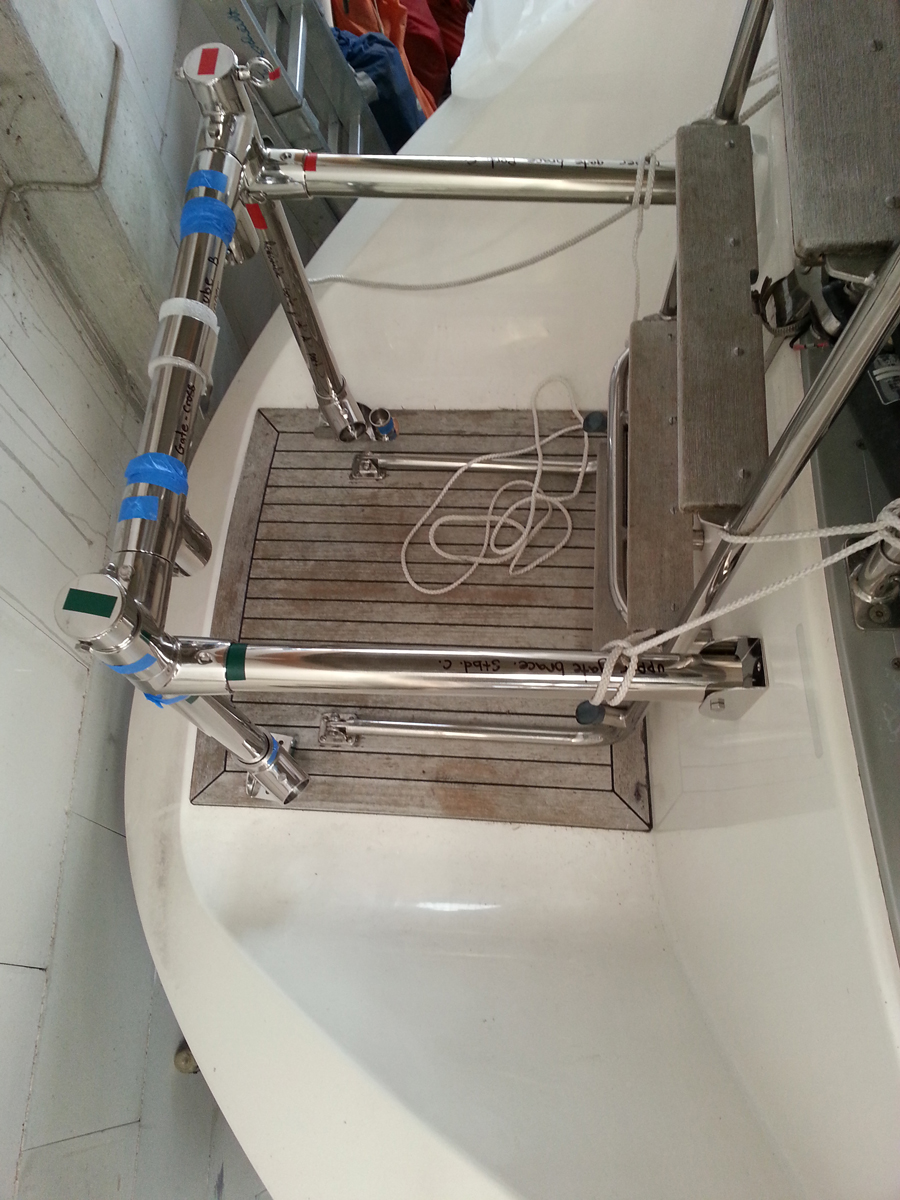 The Swing gate was assembled provisionally to find the position of the burr holes for the mounting bolts. 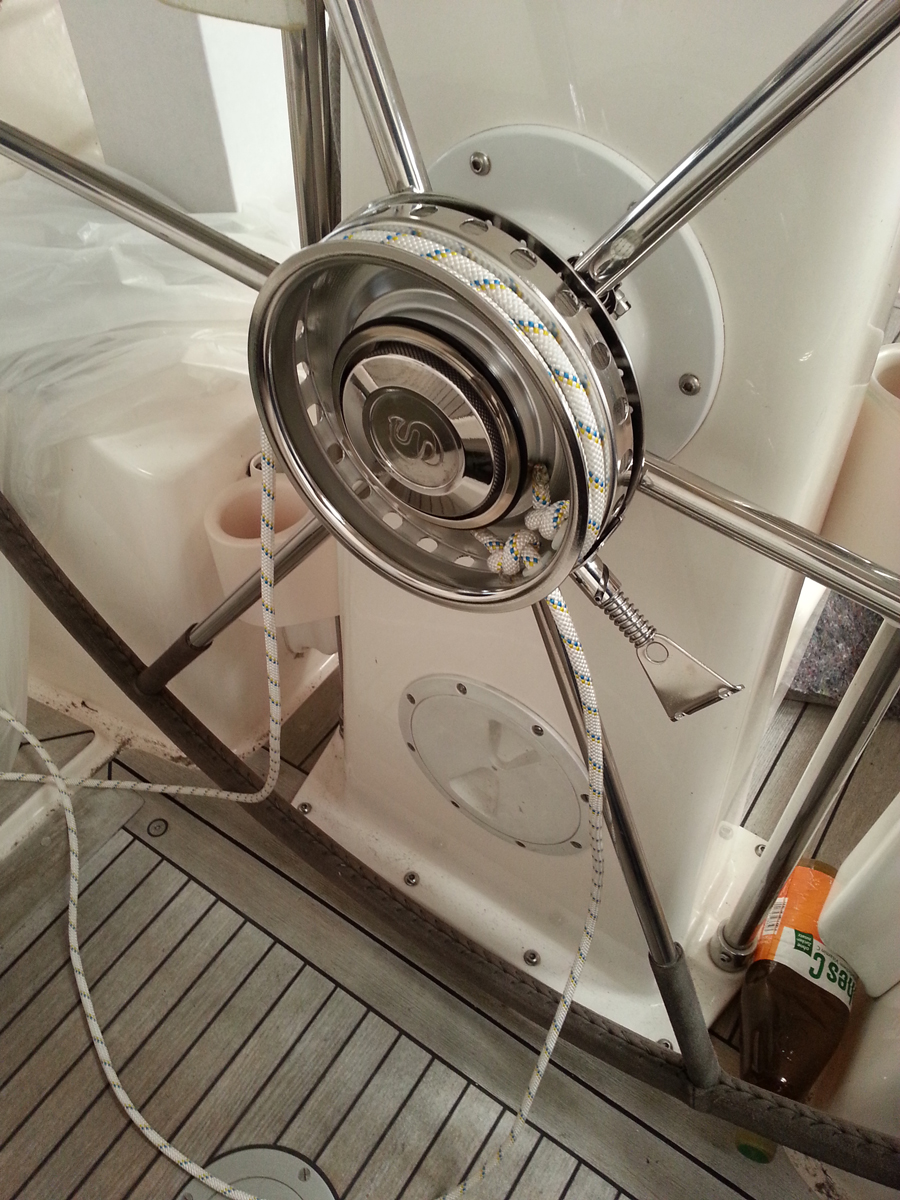 The wheel adapter was attached to the steering wheel with hose clamps. Two additional shims were fitted to reduce play. 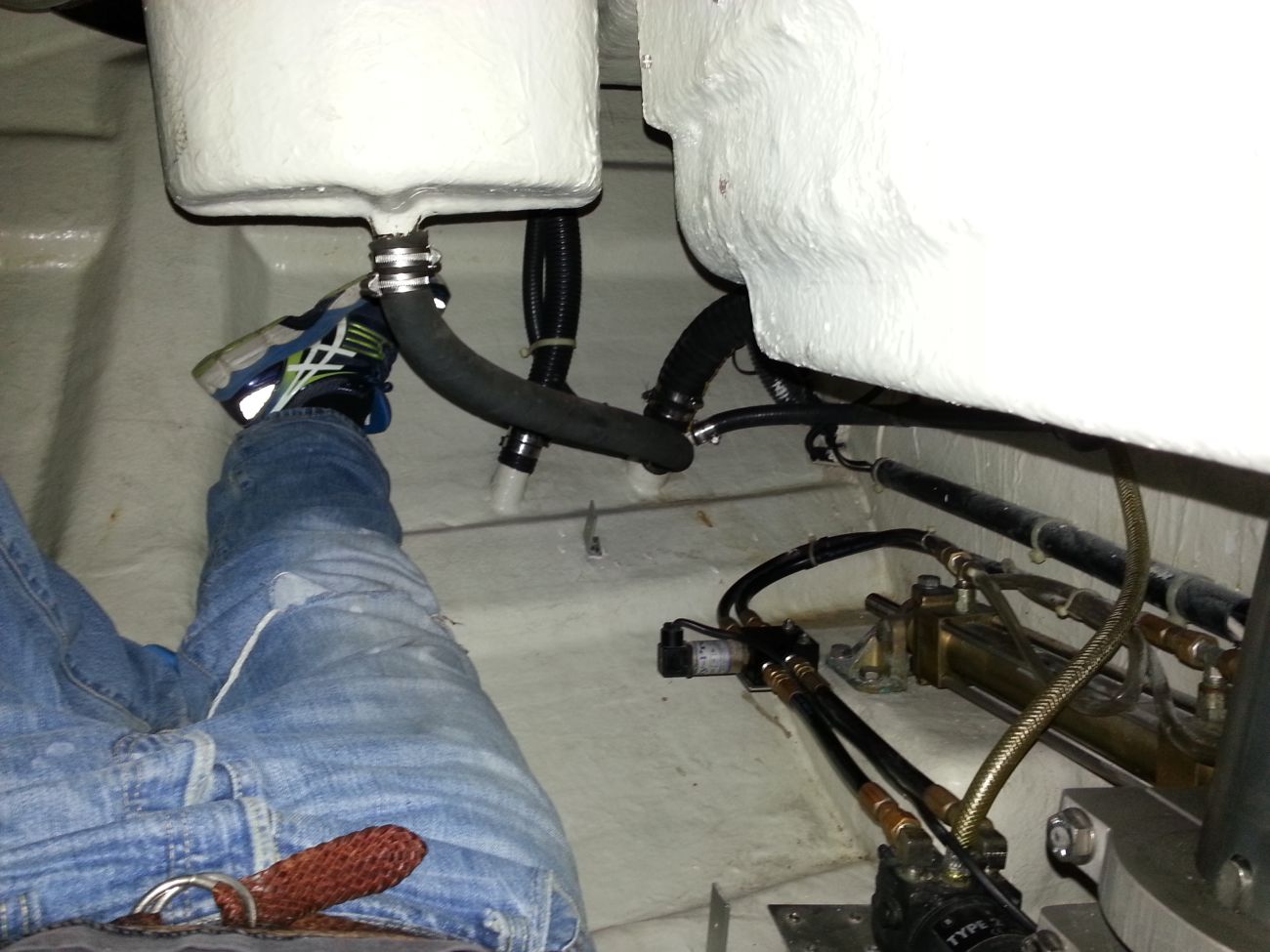 We then crawled into the lazarette to fix the nuts of the bolts of the Monitor windvane from the inside. All holes were sealed with Sikaflex. 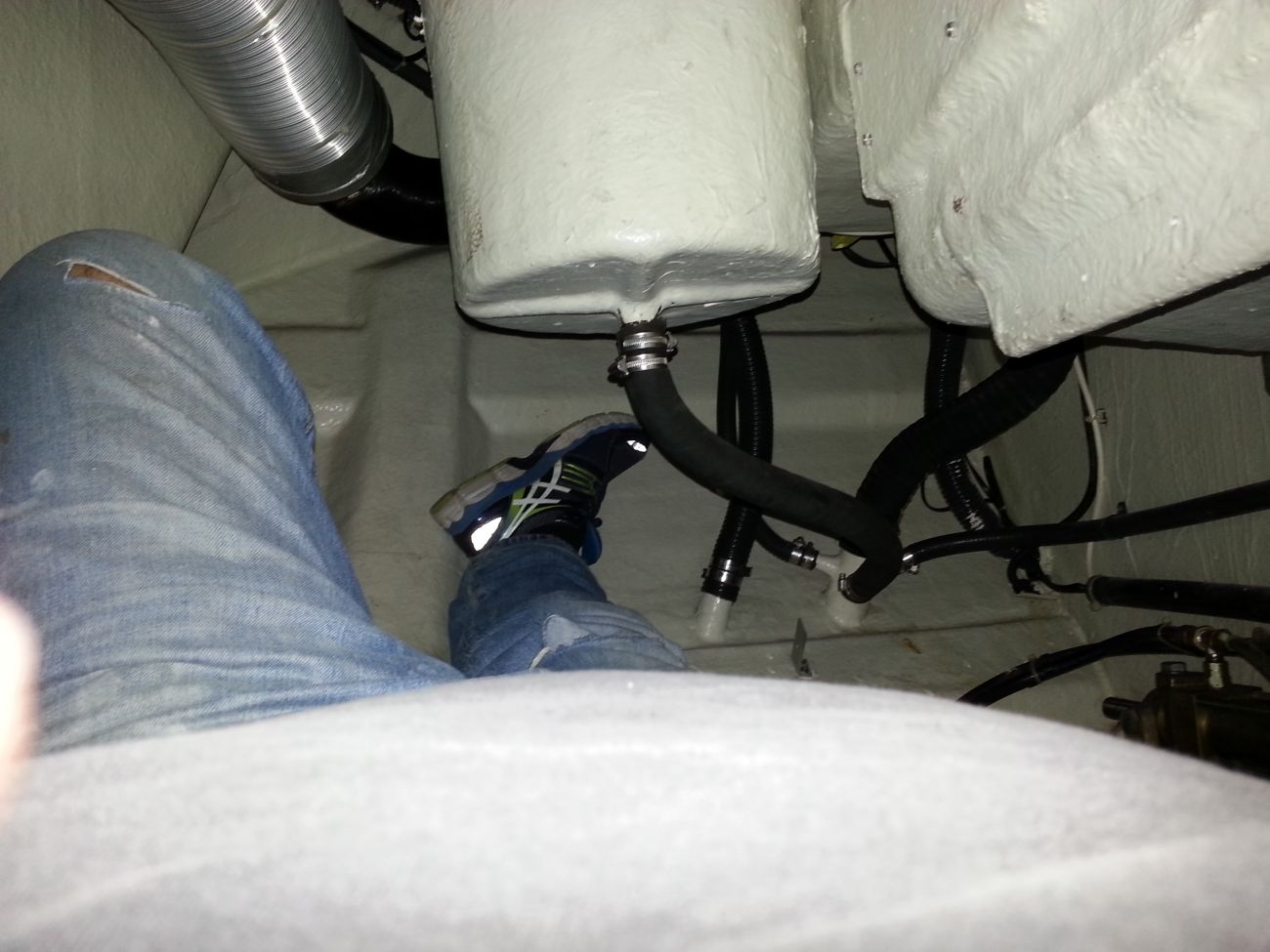 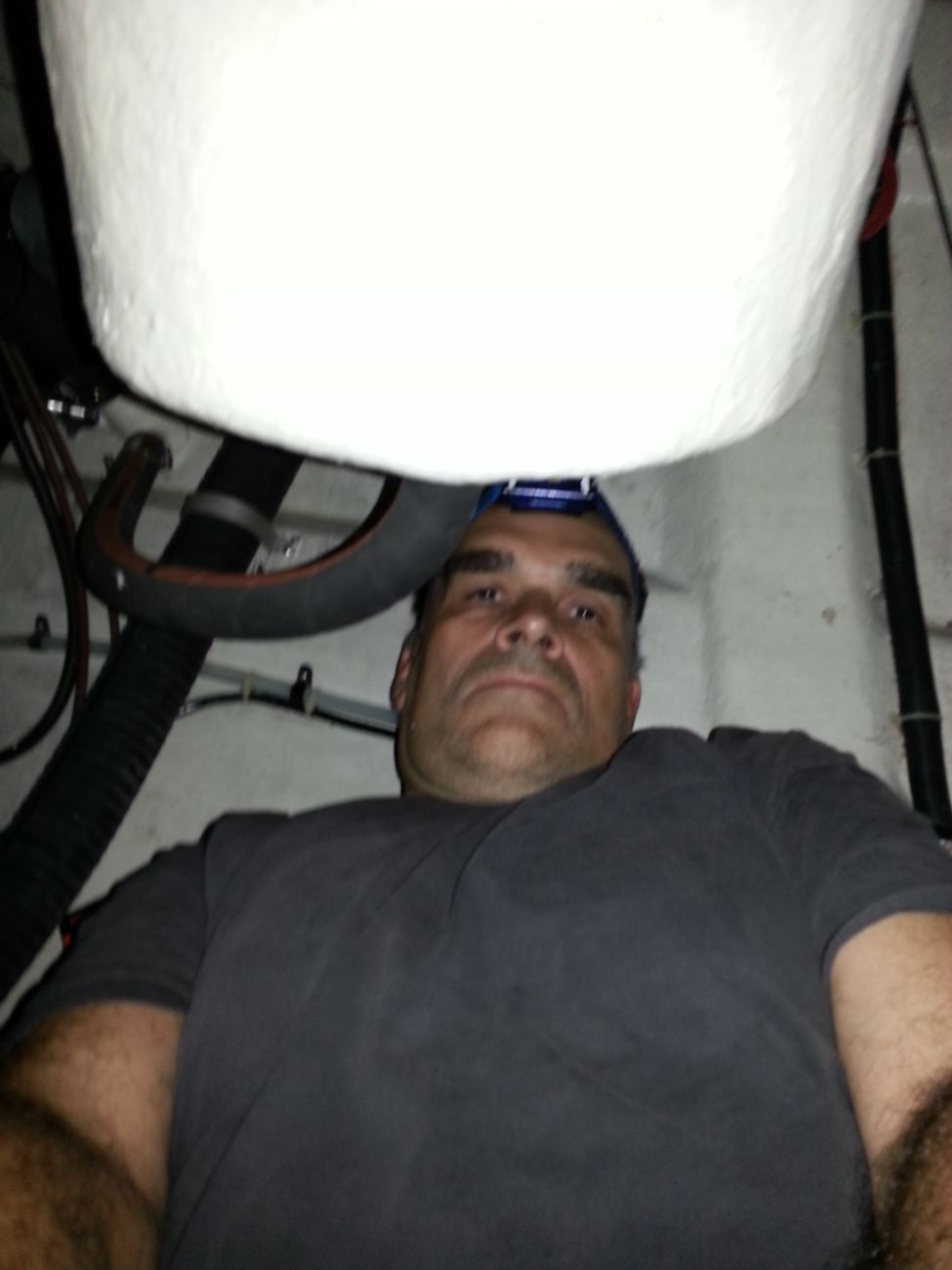 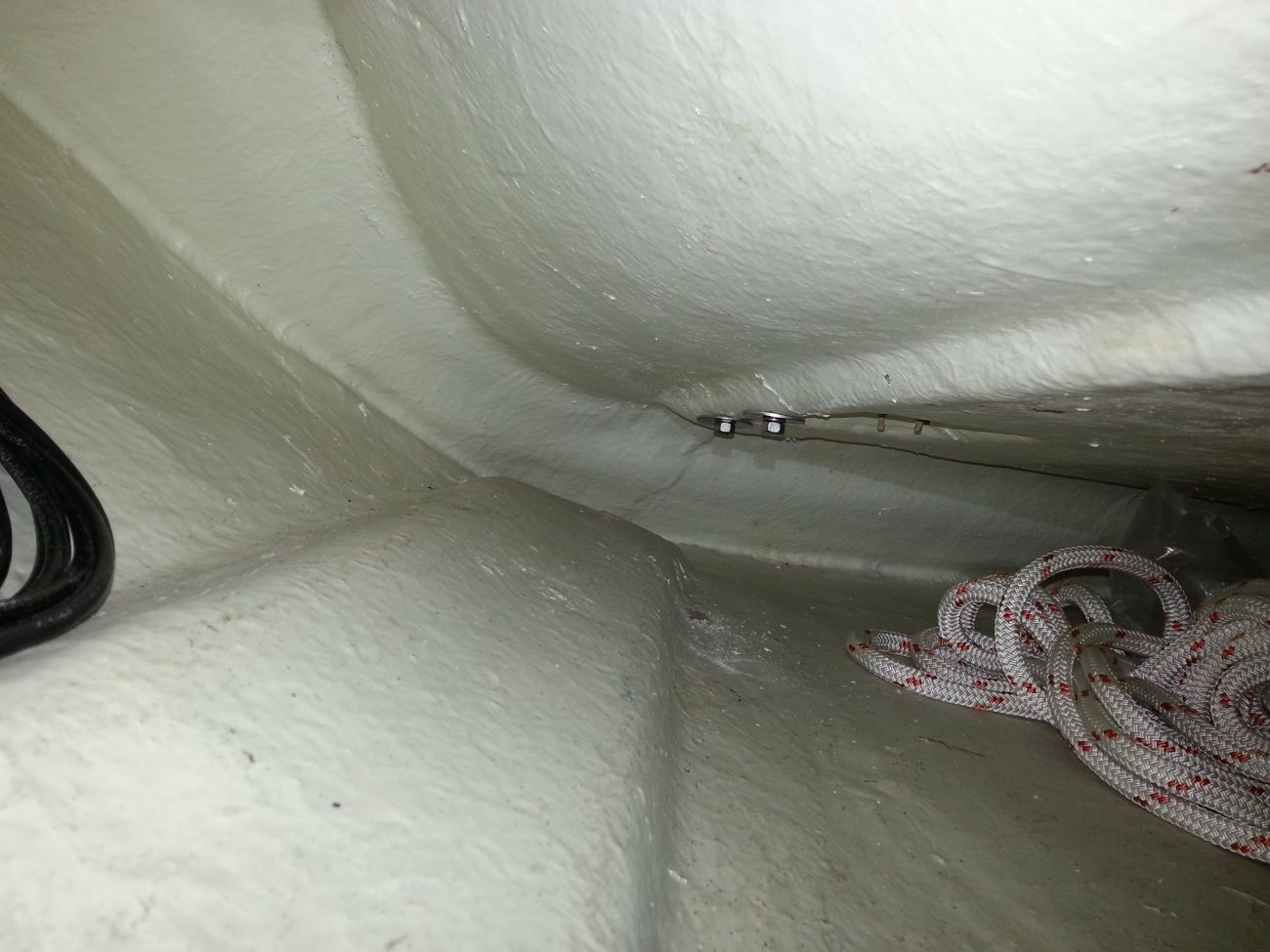 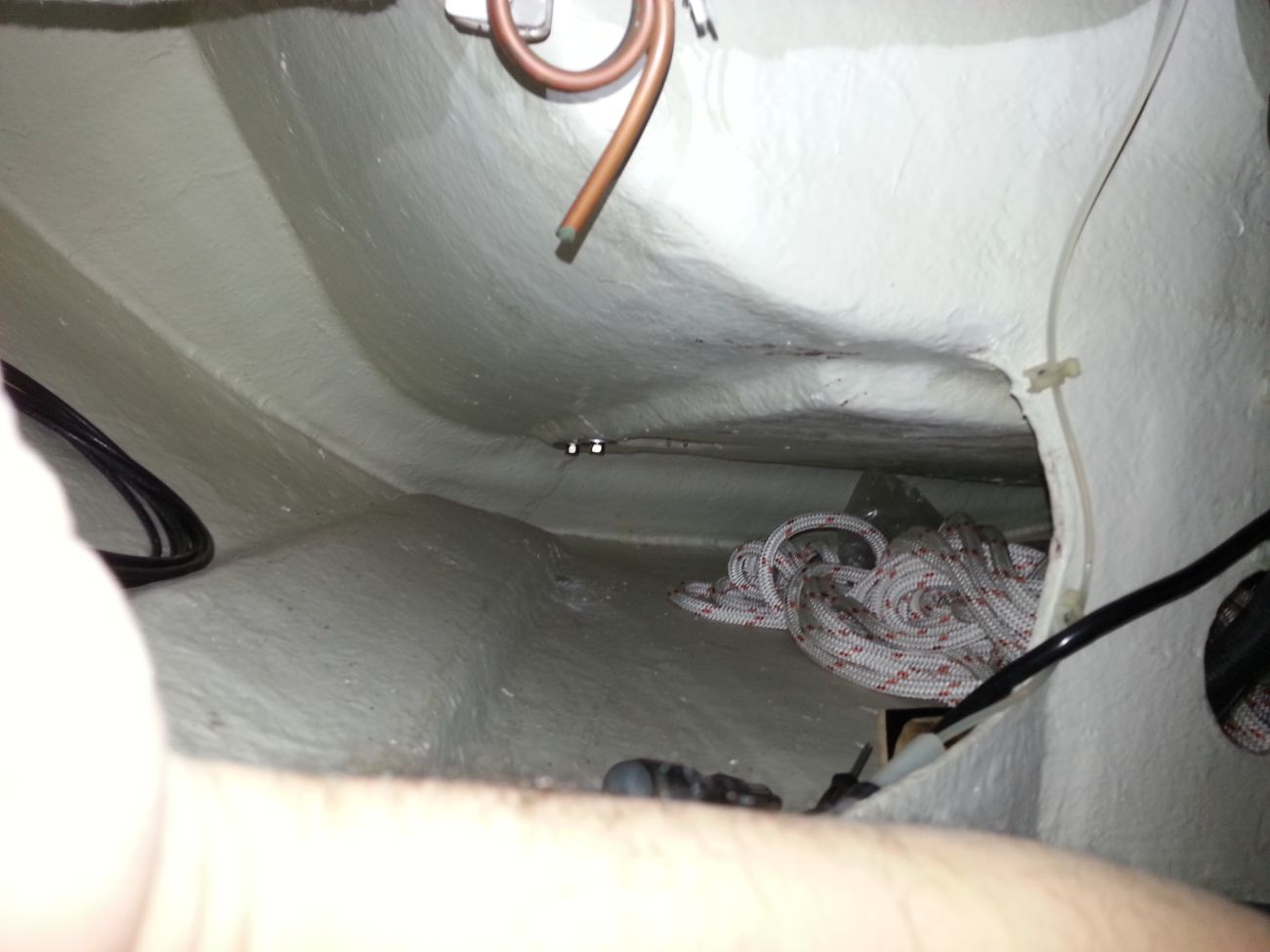 Difficult to reach at the very end of the hull. 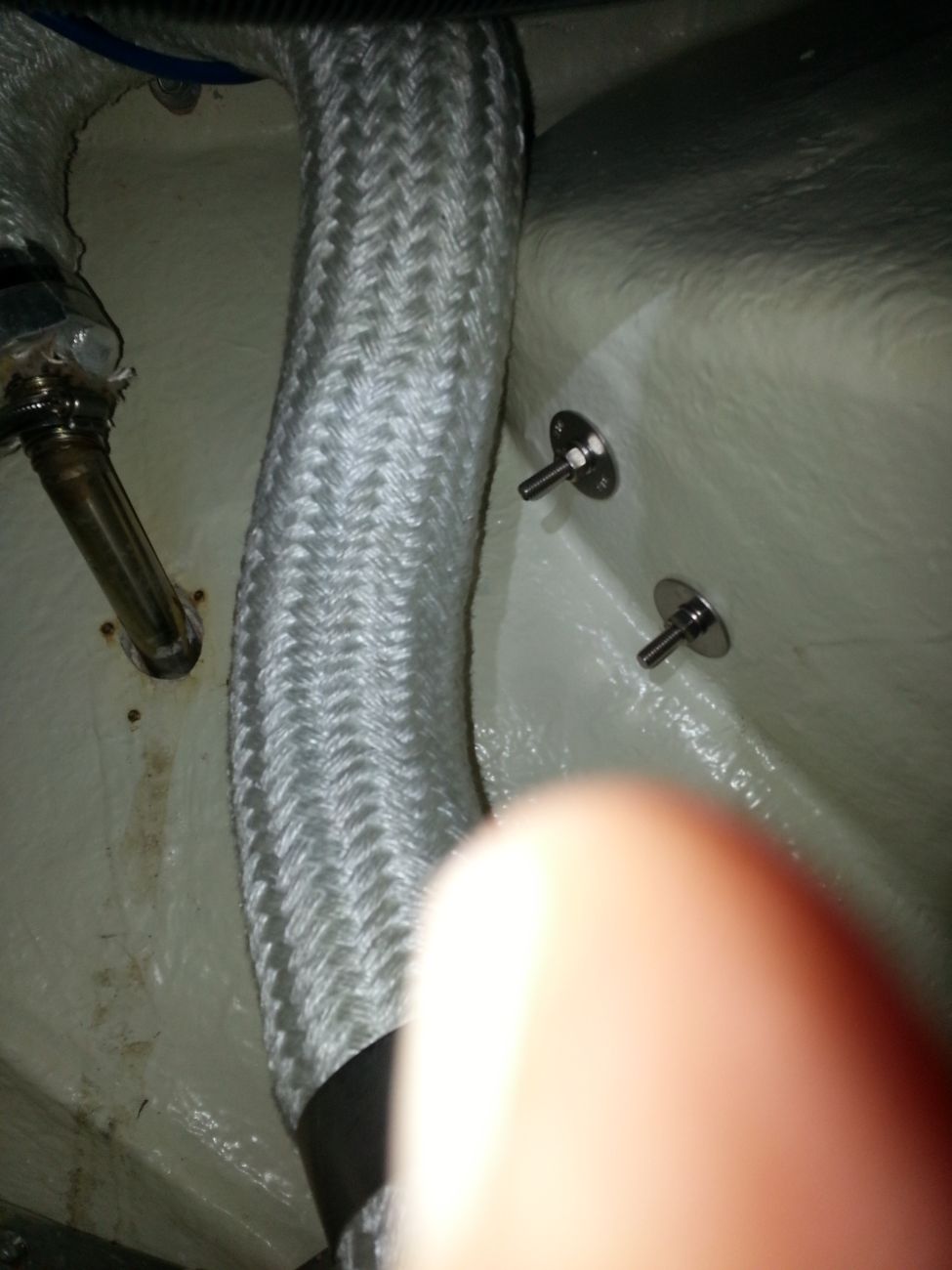 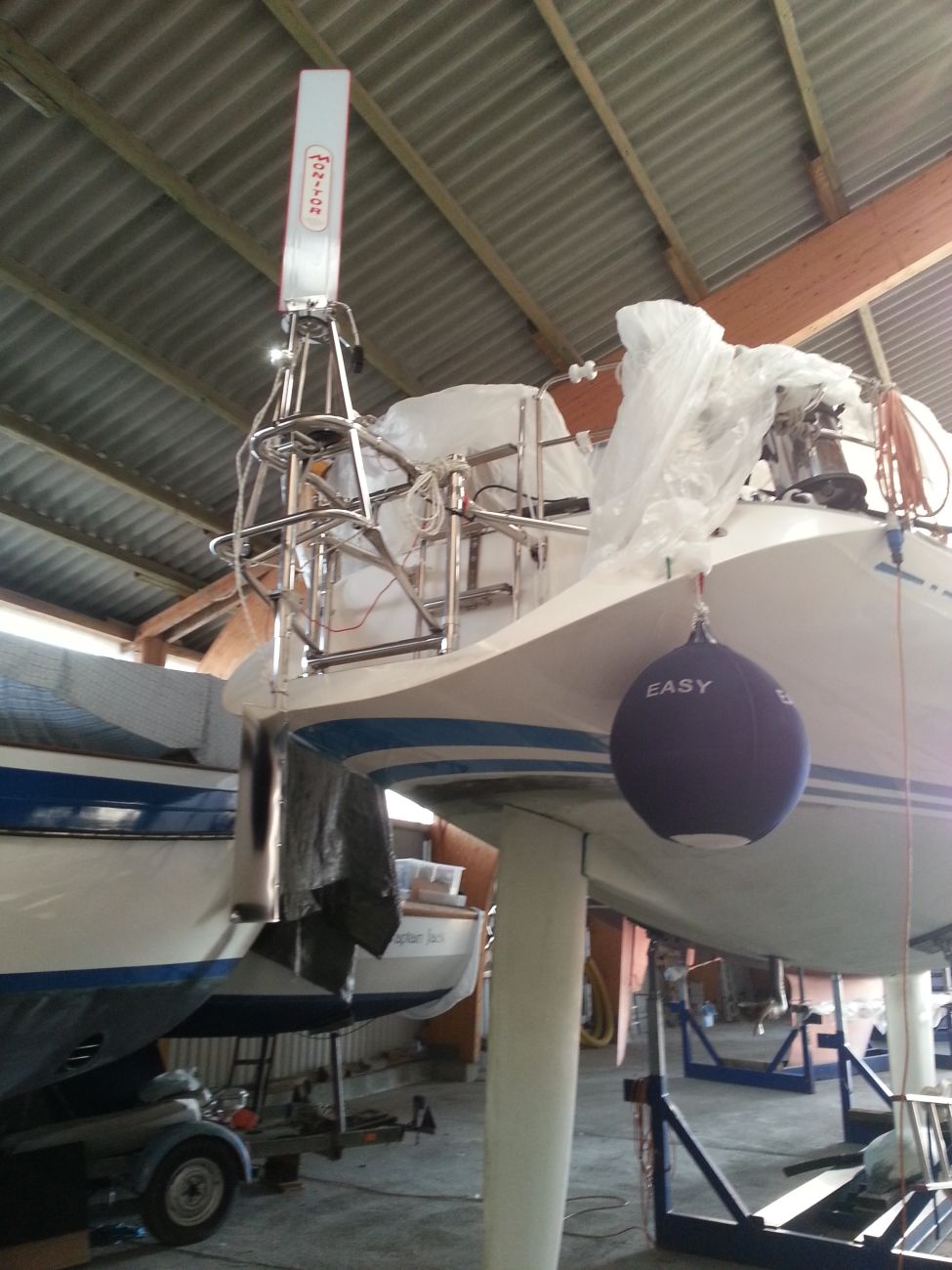 The finished mount of the device. The new stern light was connected and is lit on the photo (below the windvane). 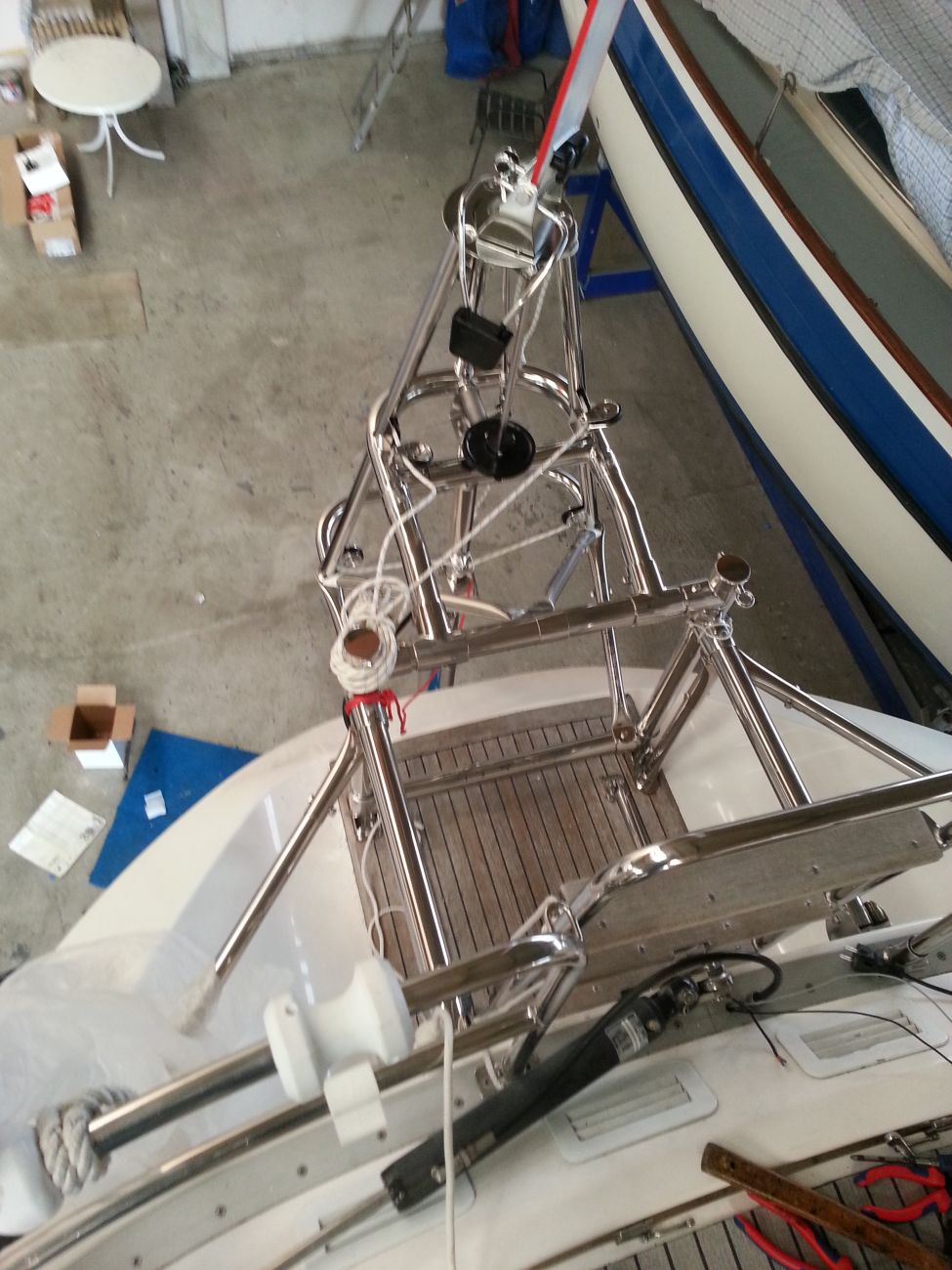 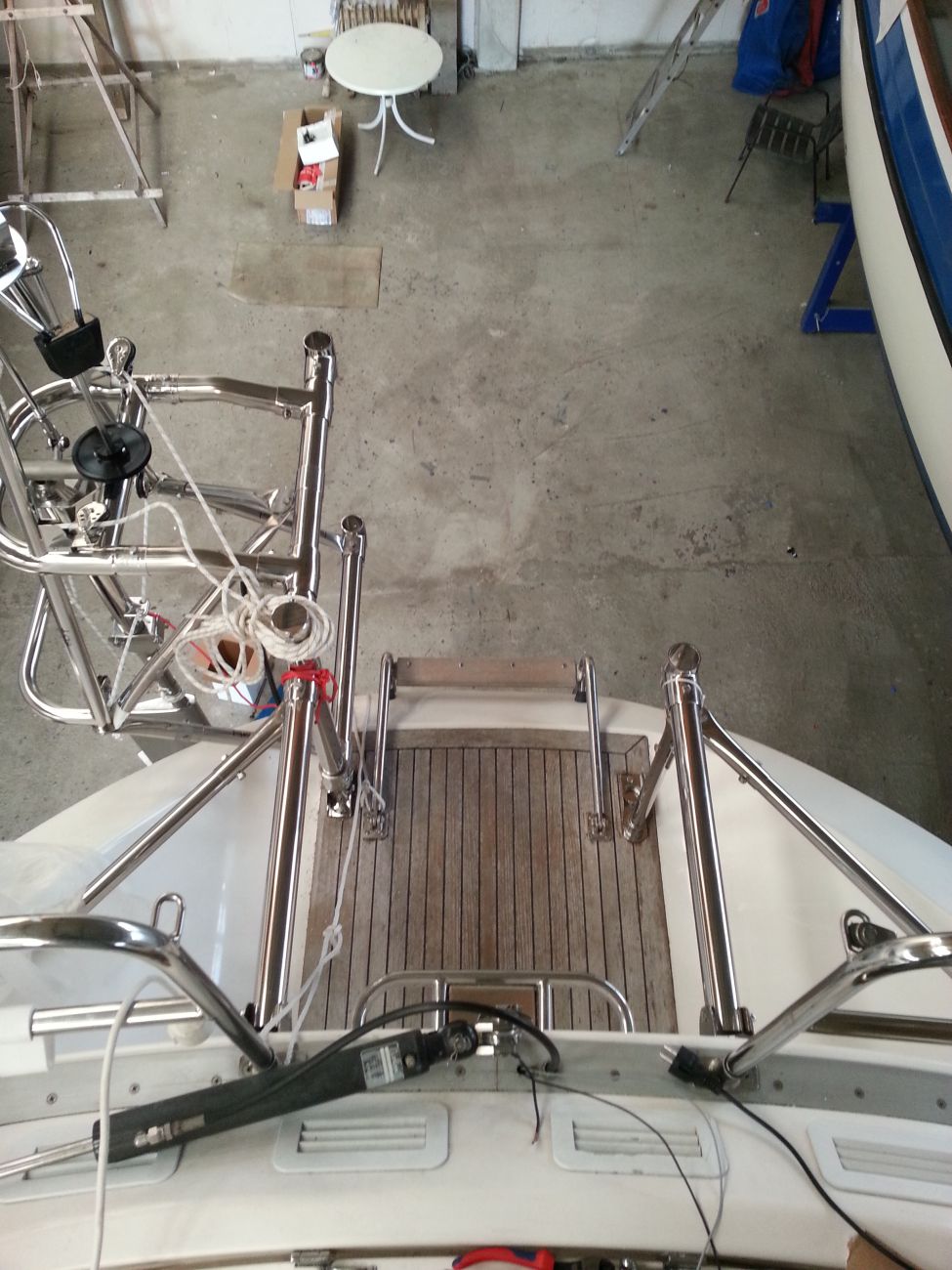 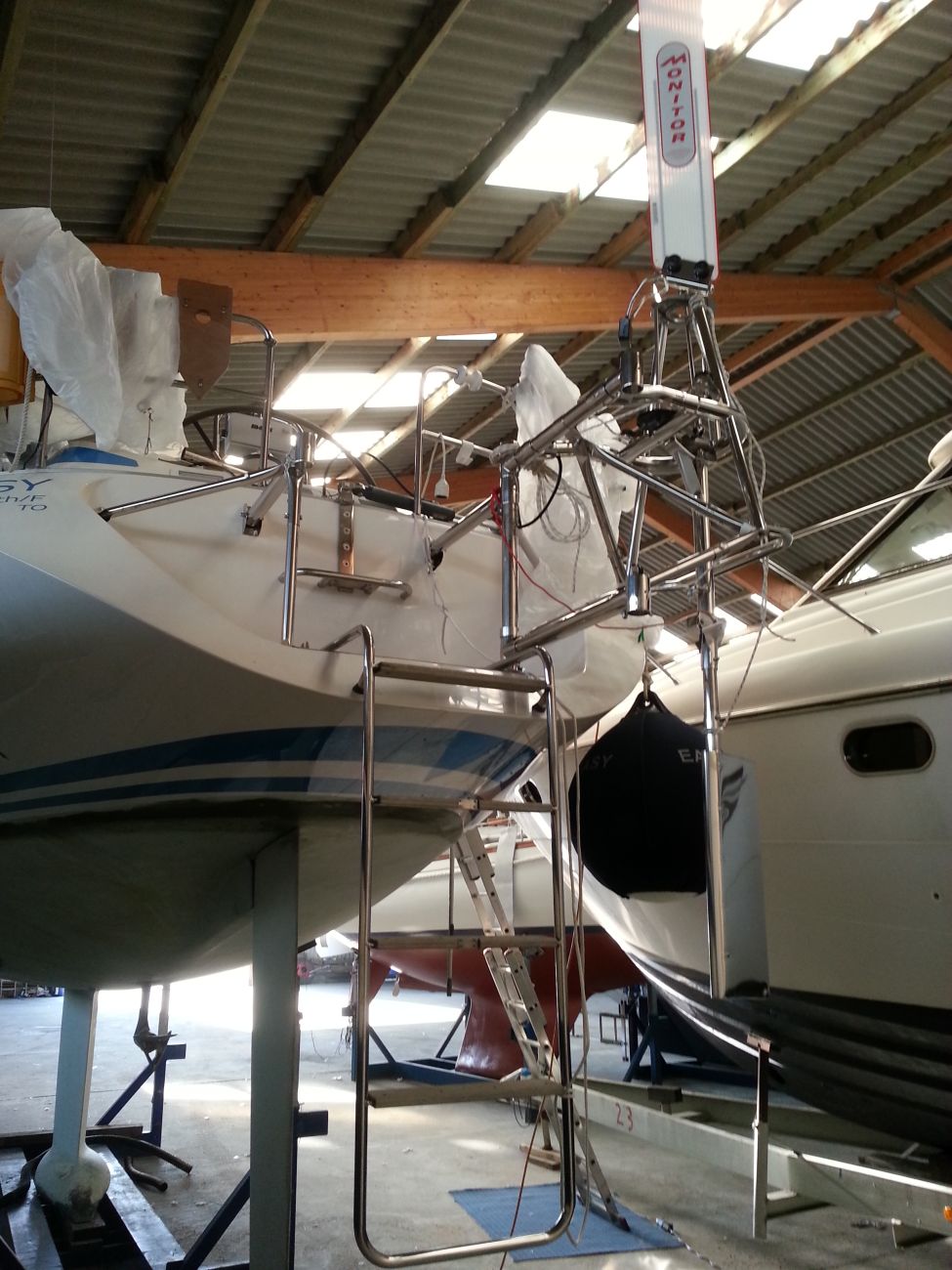 The swim ladder down. 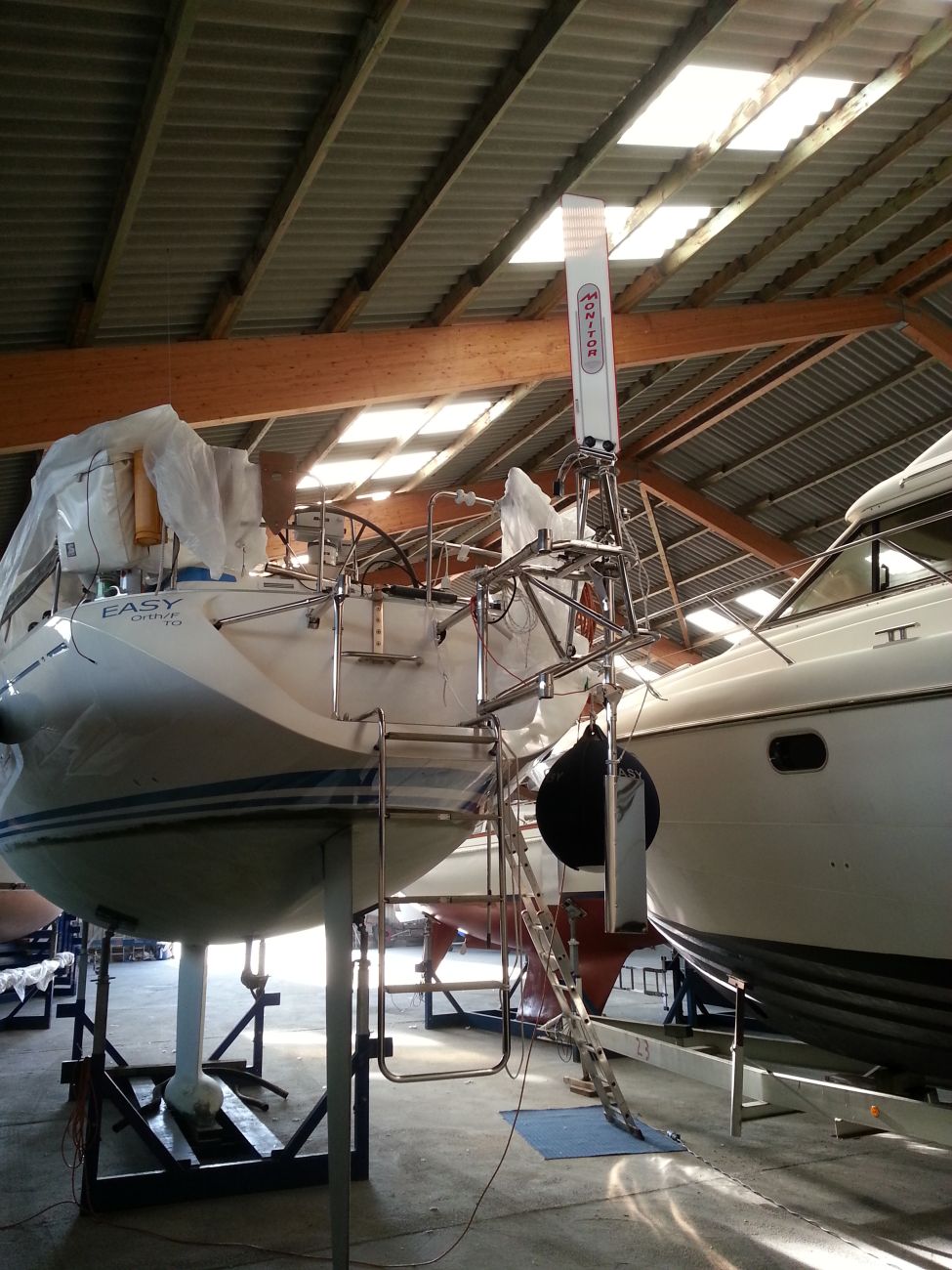