We left Anholt under sail in perfect sailing conditions. On the way we sighted a dead seal drifting in the sea. As predicted the wind dropped and we ended up motoring most of the passage. 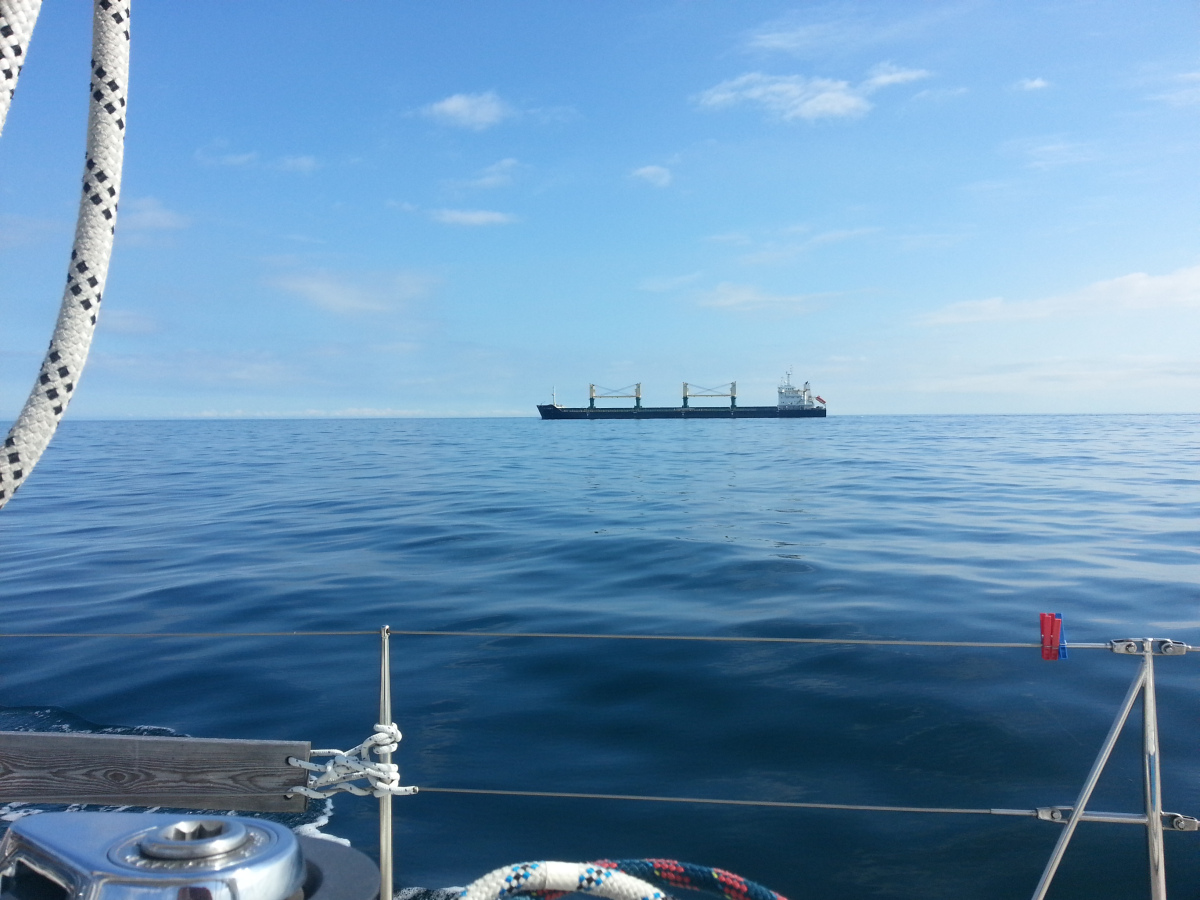 On arrival at Samsø we noted a halo around the sun as a sign of a warm front but the front did not make it to Samsø and we had a quiet night at anchor. 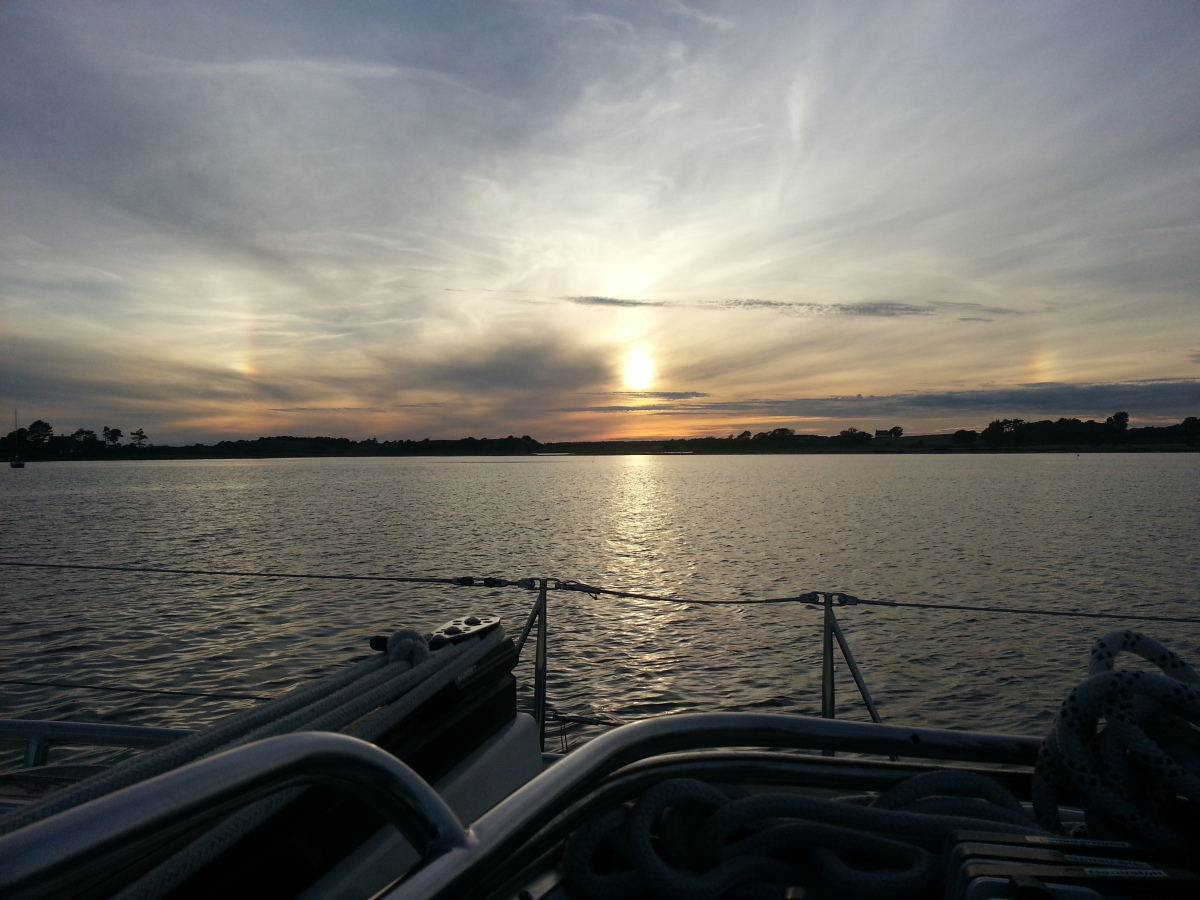 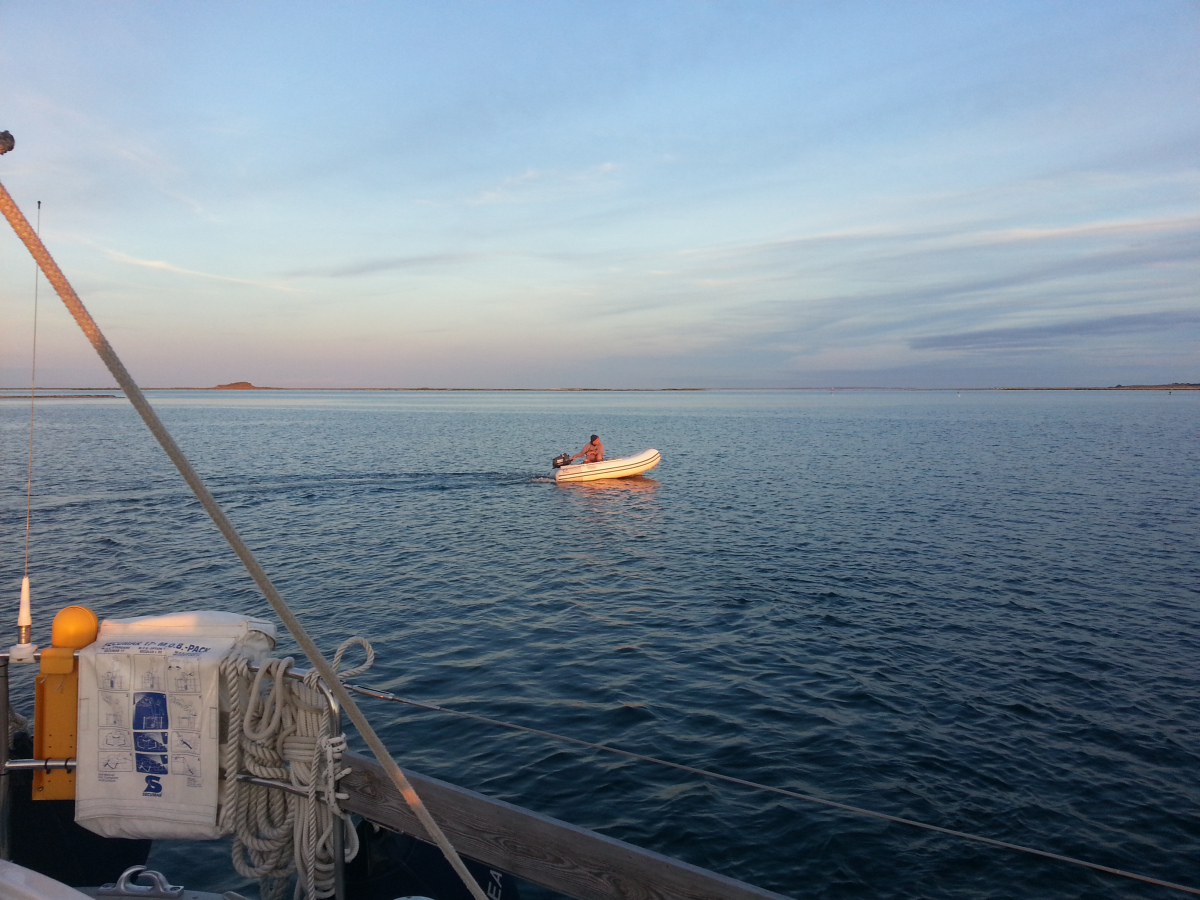 while Kirsten preferred to prepare an evening meal. 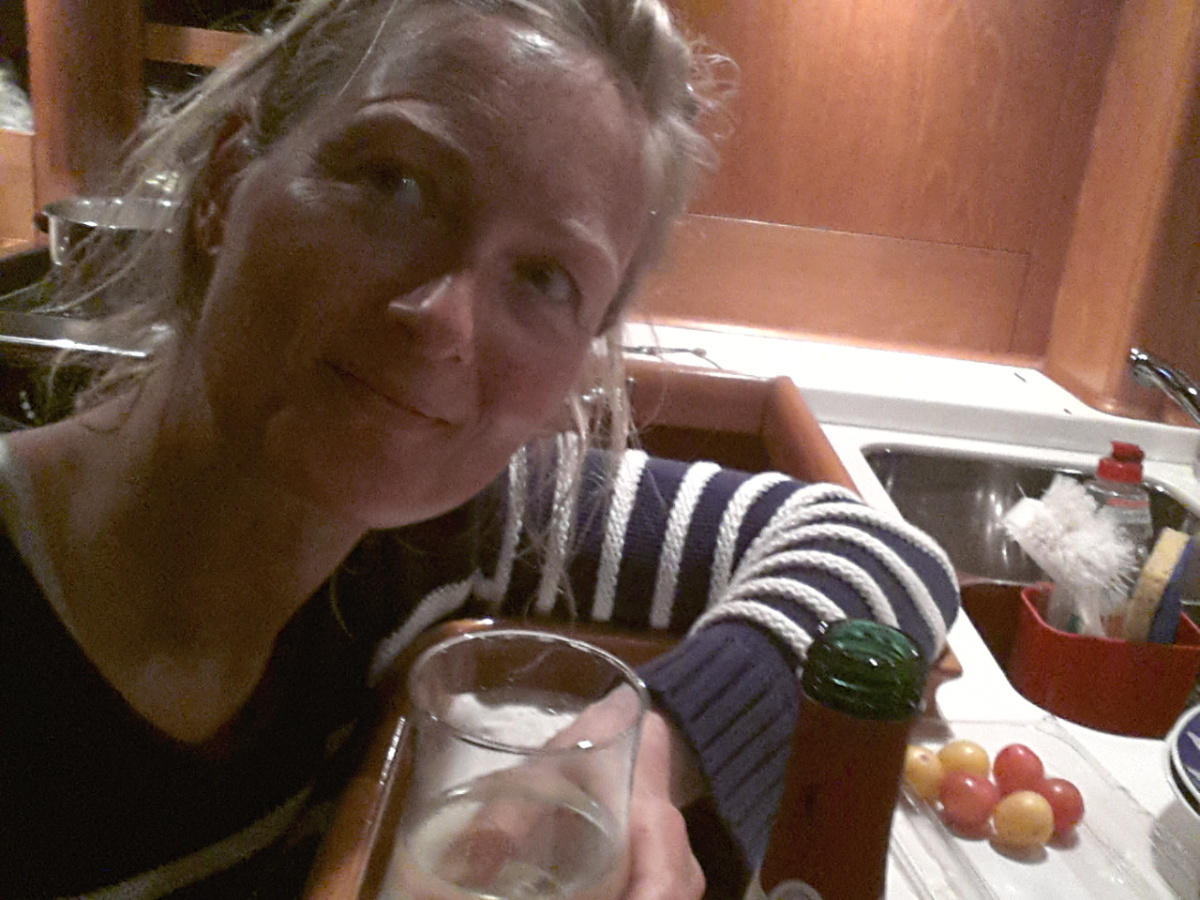 Anchoring brought back our holiday feelings so we decided to stay on Samsø for another day. The water was 18,5° C and we had the usual morning swim. The weather was brilliant, sunny and hot. We rented bikes at the harbour and rode to the gentle slopes in the northern parts of the island. 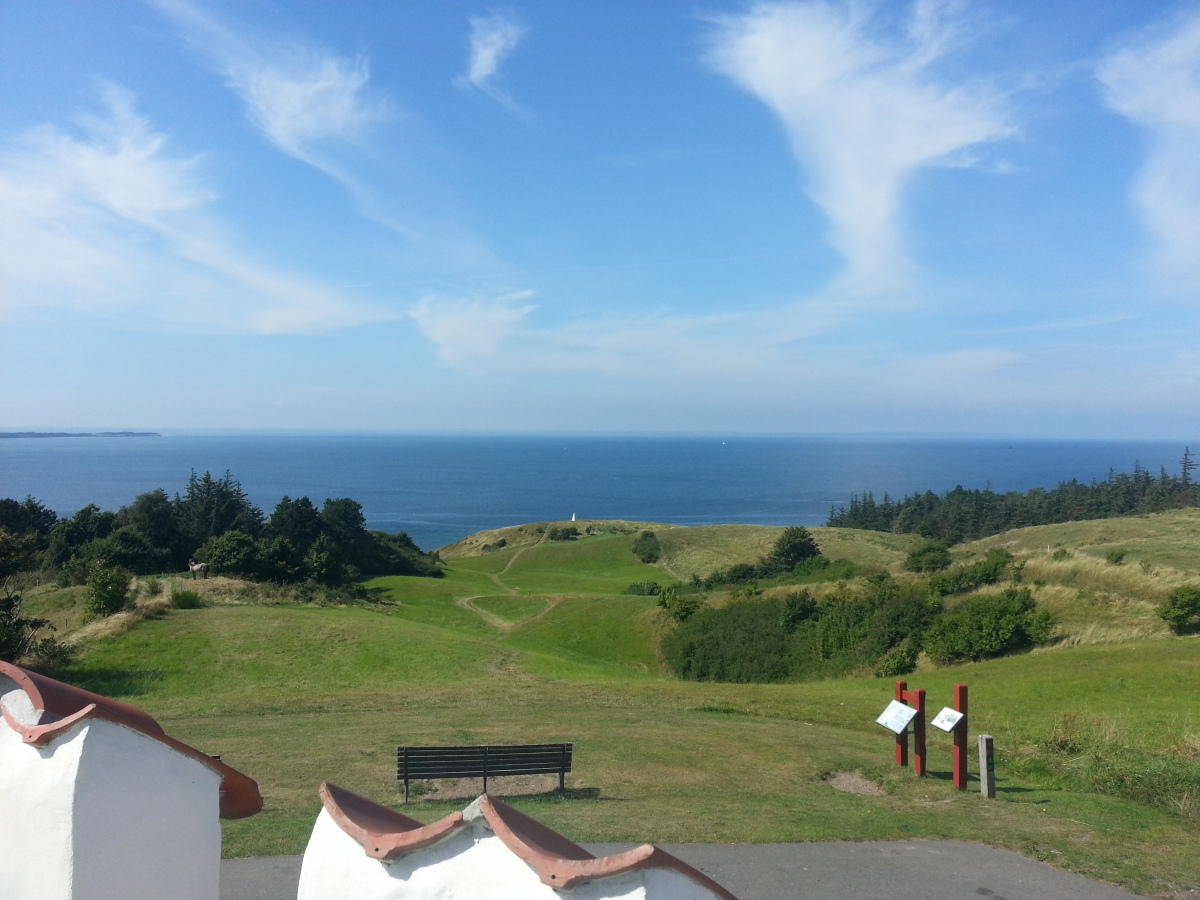 We went for another swim on the pebble beach of the northwest coast of Samsø, had coffee and ice cream in some small village on the way home and enjoyed our last real summer day of the trip.

After our morning swim we left Samsø at 10:00 h in winds of 18 to 26 knots. The difficult part was the passage of the east coast of Samsø with direct headwind. We decided to run under engine for the first four hours which was very strenuous since the waves had built up to a height of one meter. After we had passed the south-eastern tip of Samsø the nice part of the day began, it was sunny and we could sail all the way through the Little Belt. 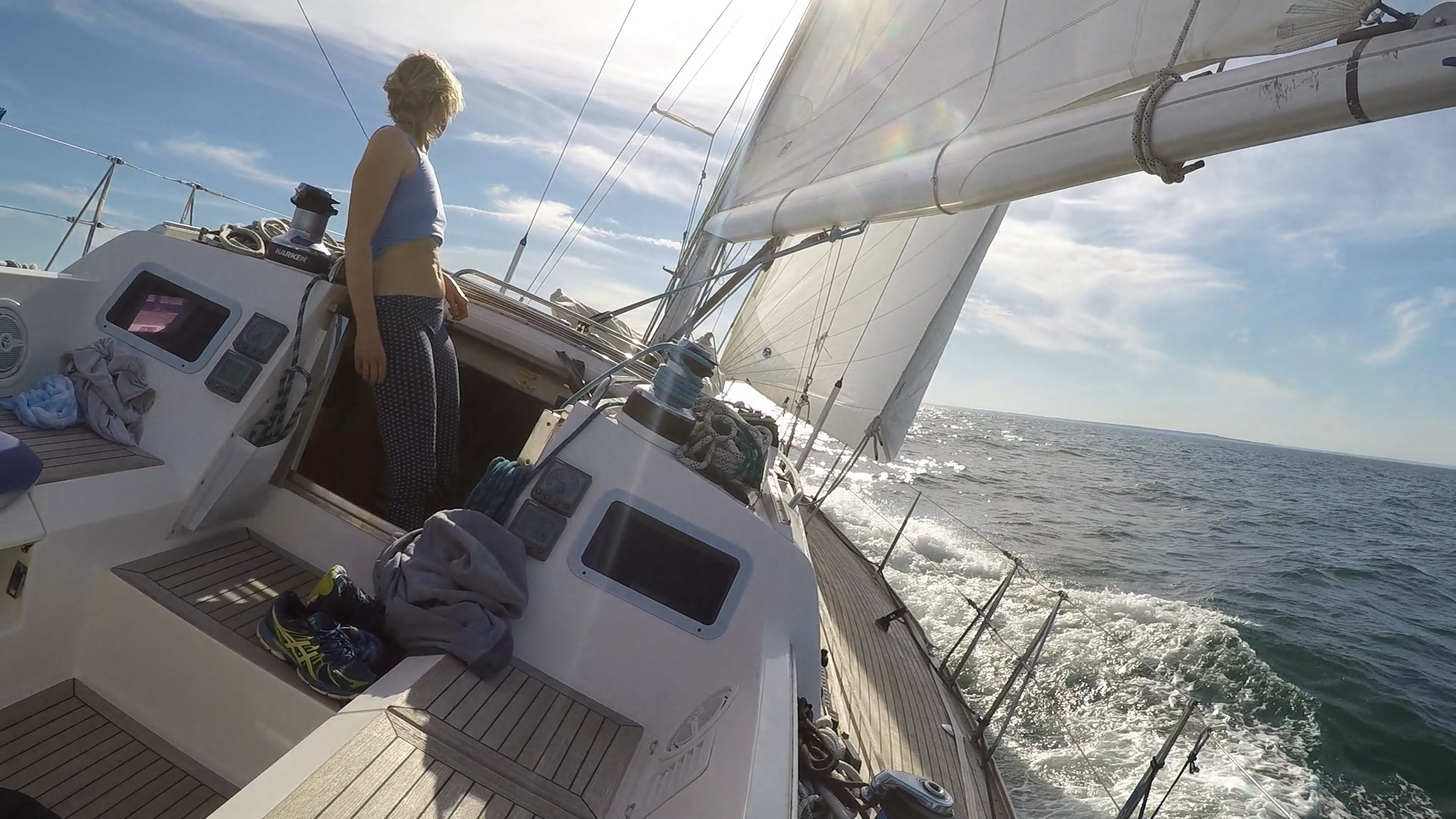 We raced against several other boats and the motto of the day was “Sail fast”, so we beat all of them. 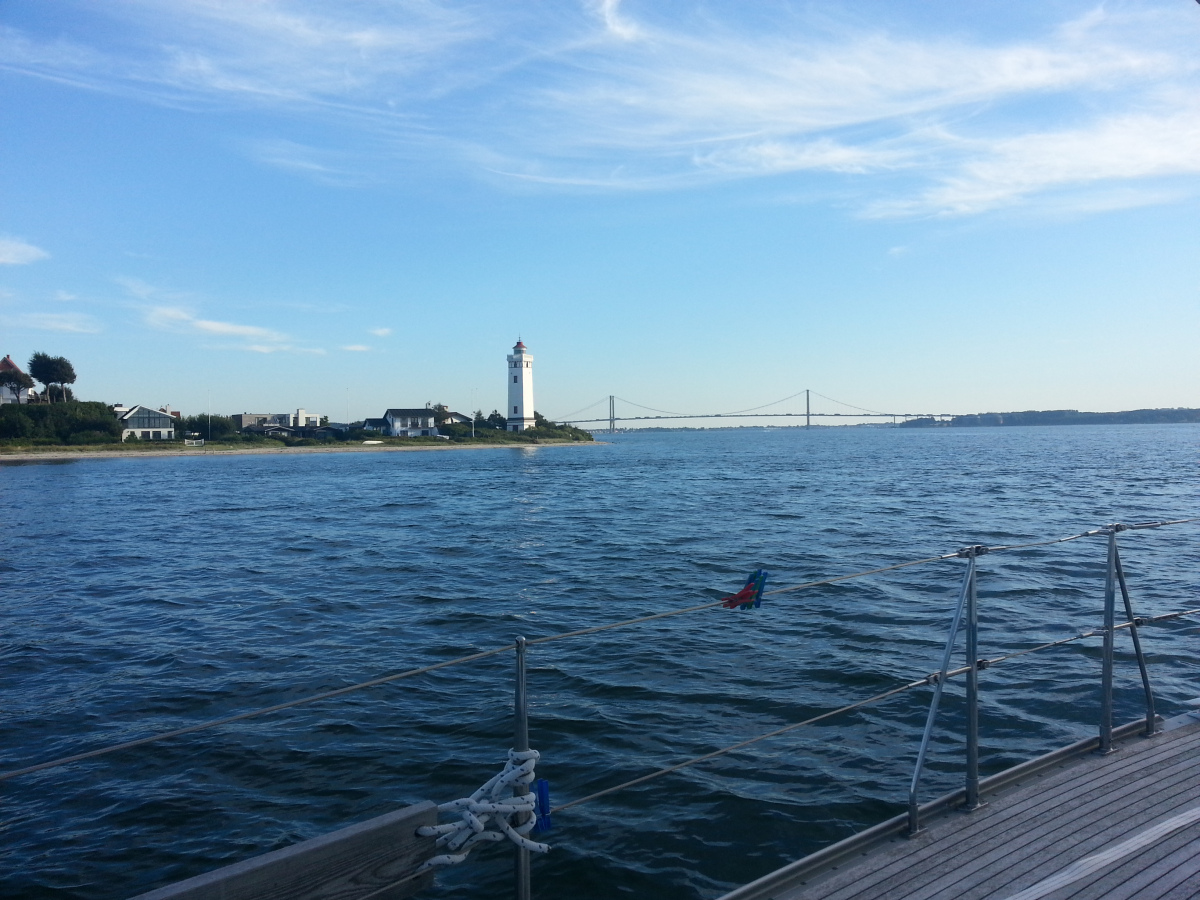 The wind weakened in the evening but we managed to tack through the s-bends of the narrow waters between the island of Fyn and the Danish main land.

We expected to spot some dwarf whales who did not let us down and showed up just at the same spot where I had seen the large dolphins on my way north five weeks ago. During the passage on that day we counted some 8 small whales at different locations.

There were two groups of soldiers marching over a steel bridge producing a funny, rhythmic noise with their boots. They waved at us from high above. Funny about this was, that I had exactly the same encounter on my way out, as if they had spent over a month on the bridge, waiting for us to return. Kirsten imagined that it was their regular anti-vertigo-training. 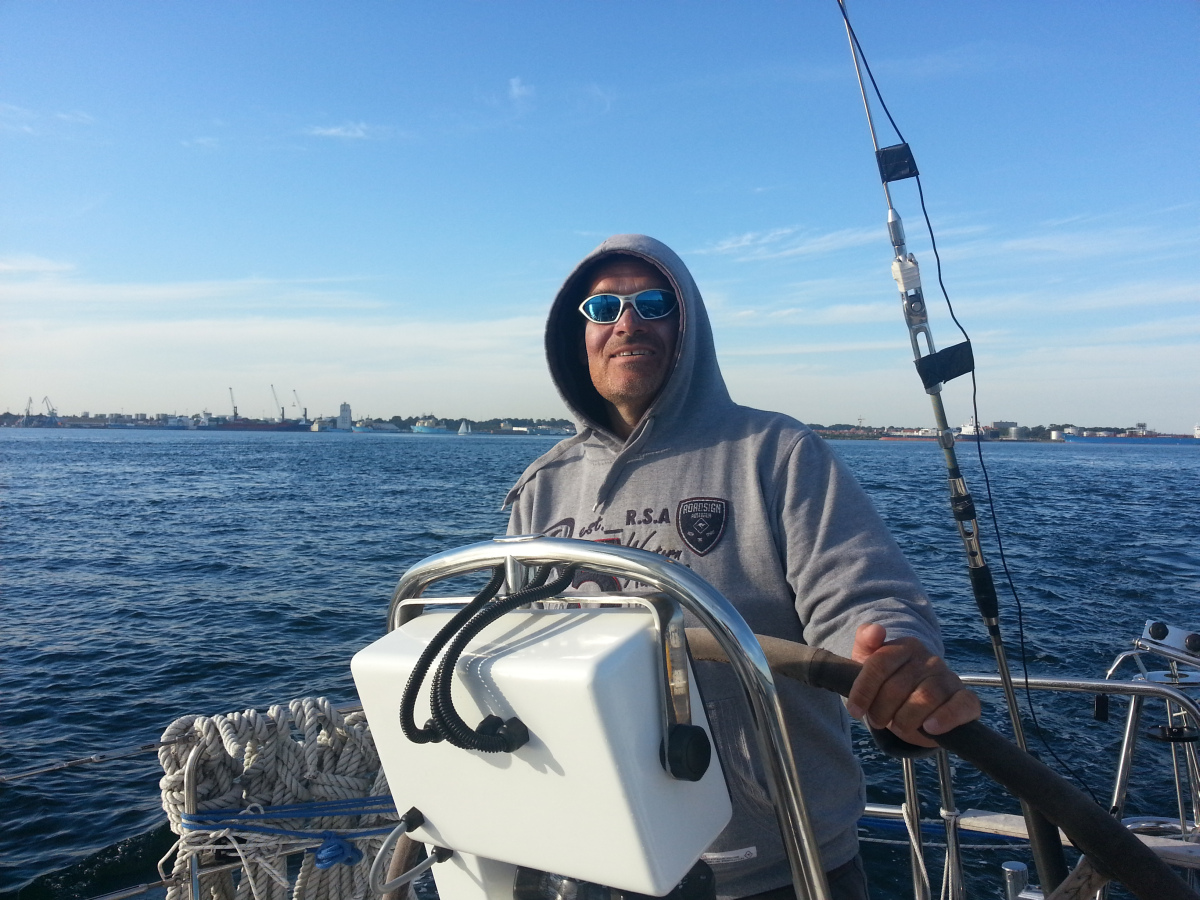 Gliding along the banks with all the Danish people enjoying the calm and warm summer evening was very idillyc. 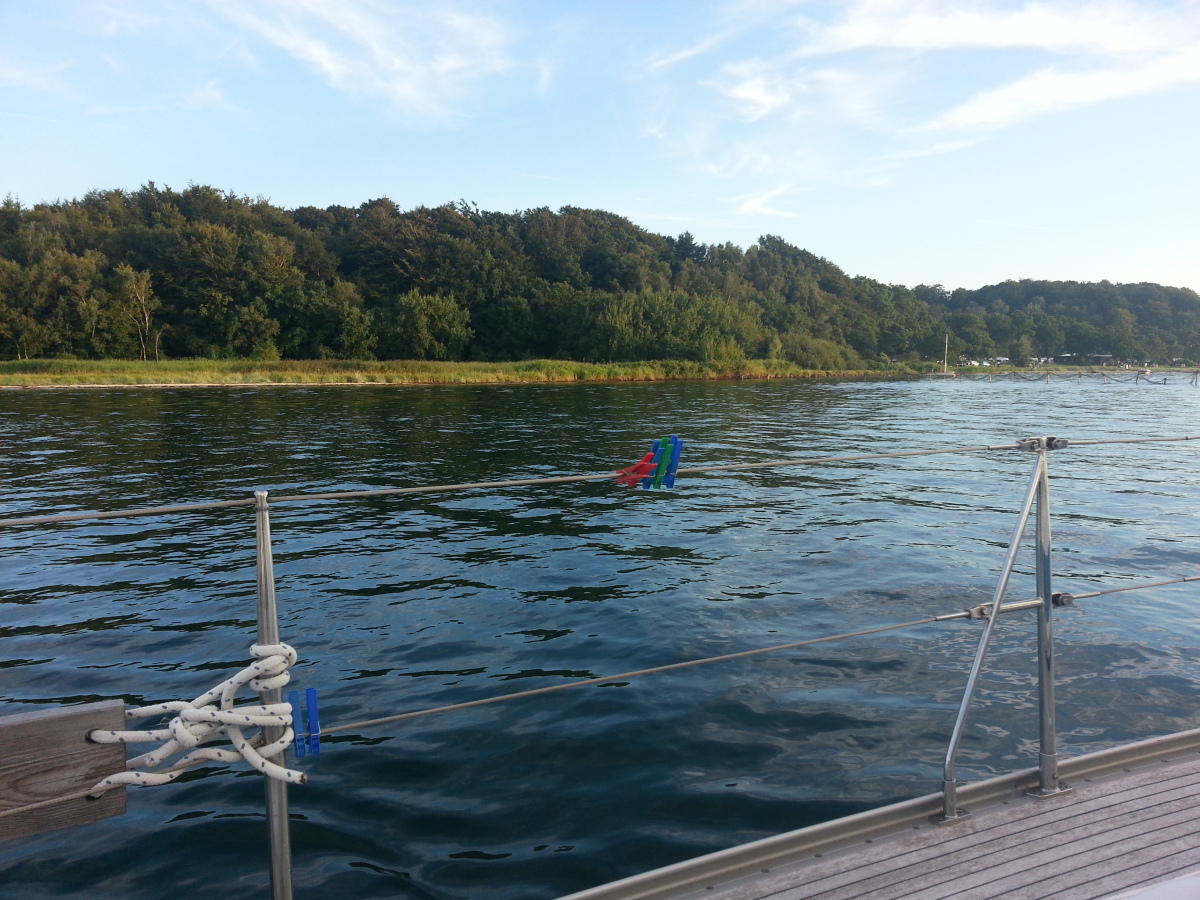 We congratulated Jonathan on his birthday over the phone. 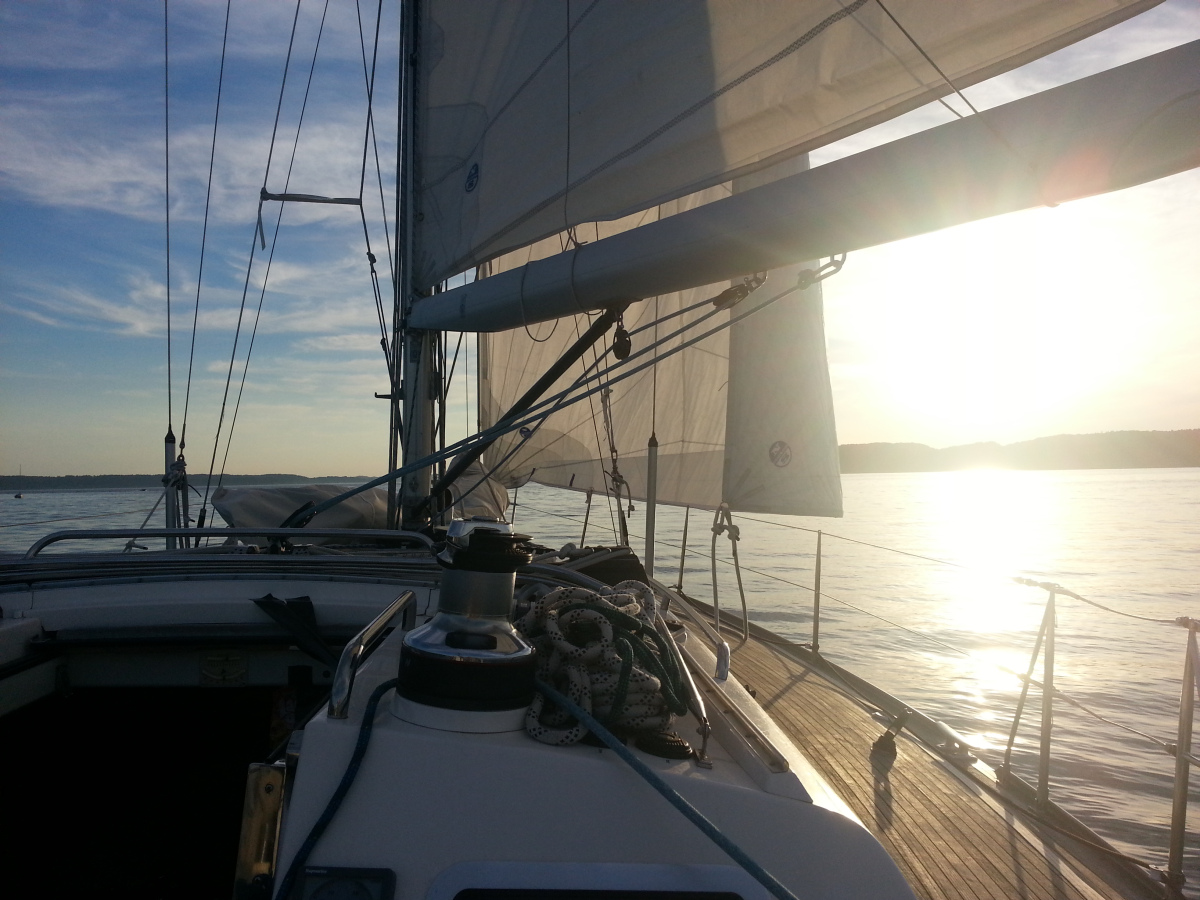 The water temperature had risen to 21,9°C. After some nasty jellyfish with long, red tentacles had passed us we had our obligatory morning swim and a relaxed breakfast before setting sails. 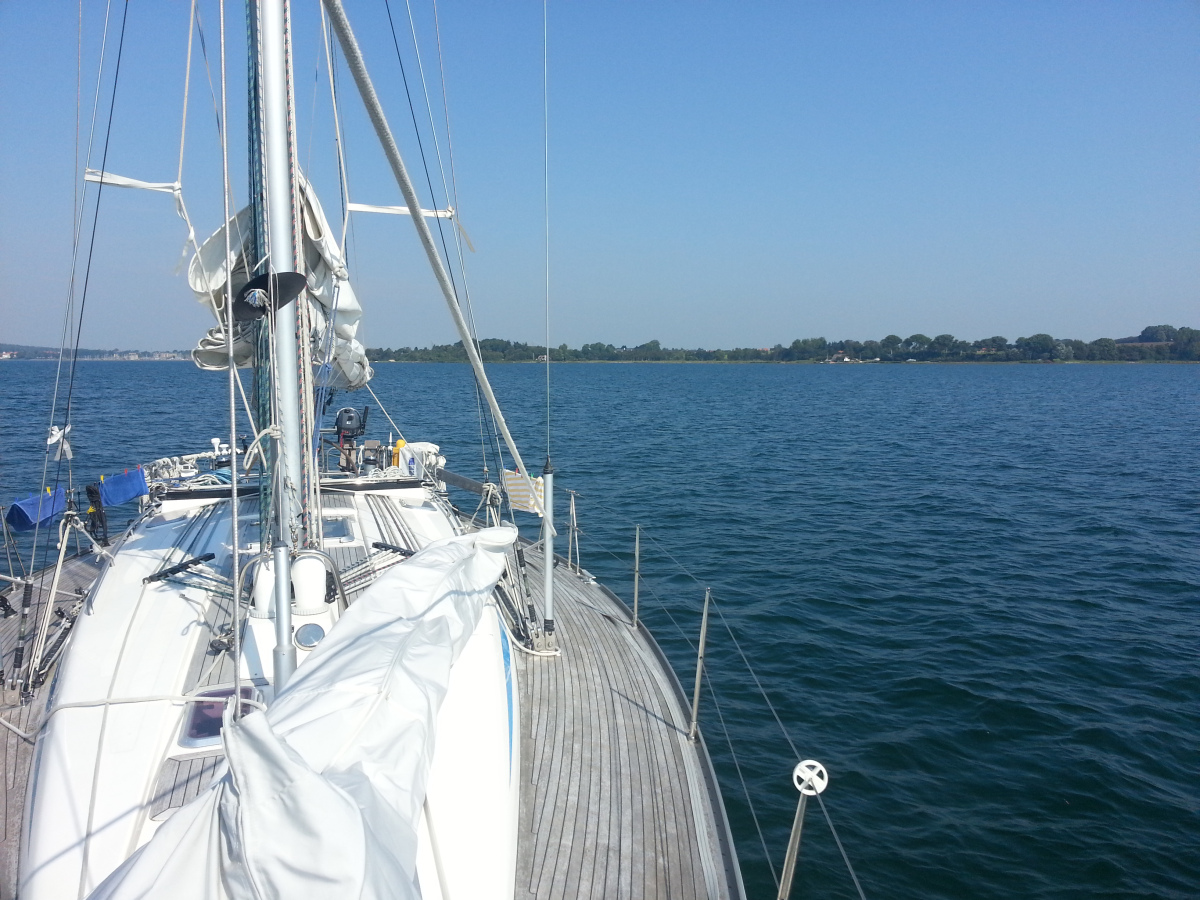 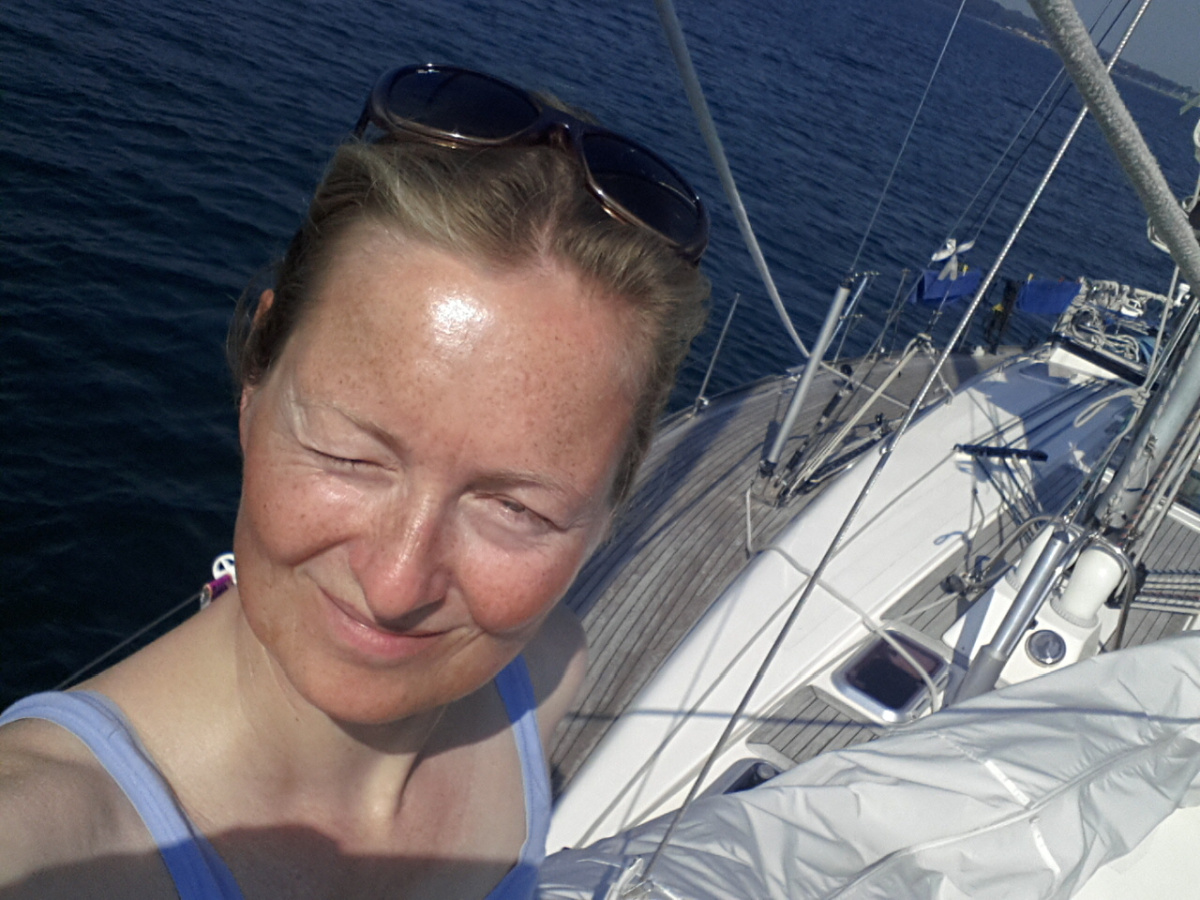 Again, the weather was ideal and we sailed until sunset to reach our next anchorage in Ærøskøbing. Since we had mostly been sailing during the previous days we ran low on pattery power so we had to run the engine for half an hour in the evening to produce some energy.

Morning swim, lazy breakfast, late, very relaxed departure as usual, then all the way to Fehmarn under engine since the wind was too low for sailing. As usual, we spotted a dwarf whale in the flat surface of the water.

For half an hour we listened to some Mayday traffic on channel 16 on our radio. A sailing yacht was sinking and the rescue helicopter and several coastguard vessels headed to his position. When the heli had reached Fahmarn they could not see a boat at the position. Panic onboard the sinking ship made things worse and the ship was then found near Kiel. The only hint to finally find him had been that the skipper had described a red cargo ship next to him. The coastguard vessel had a powerful pump and he was towed safely into harbour.

Merle had driven to Fehmarn to pick us up. EASY was tidied up and half of our stuff was taken home. Merle was astonished to find both of us were in a foul mood when we left the boat to live on land again. It took us several days to get used to our routine lives.

It was a very exciting trip from summer to autumn and even winter, back to summer. We have sailed 1476 nautical miles in six weeks and managed to bring EASY back in one piece. None of us was hurt, nothing went seriously wrong. Both passages of the Skagerrak and some parts along the Norwegian coast were strenuous and hard, but we are proud that we managed to make them. We have met some very nice people on our route. We have experienced a bizarre and beautiful landscape which I had never seen before. Back in Denmark we found the second part of our hot summer in perfect freedom. 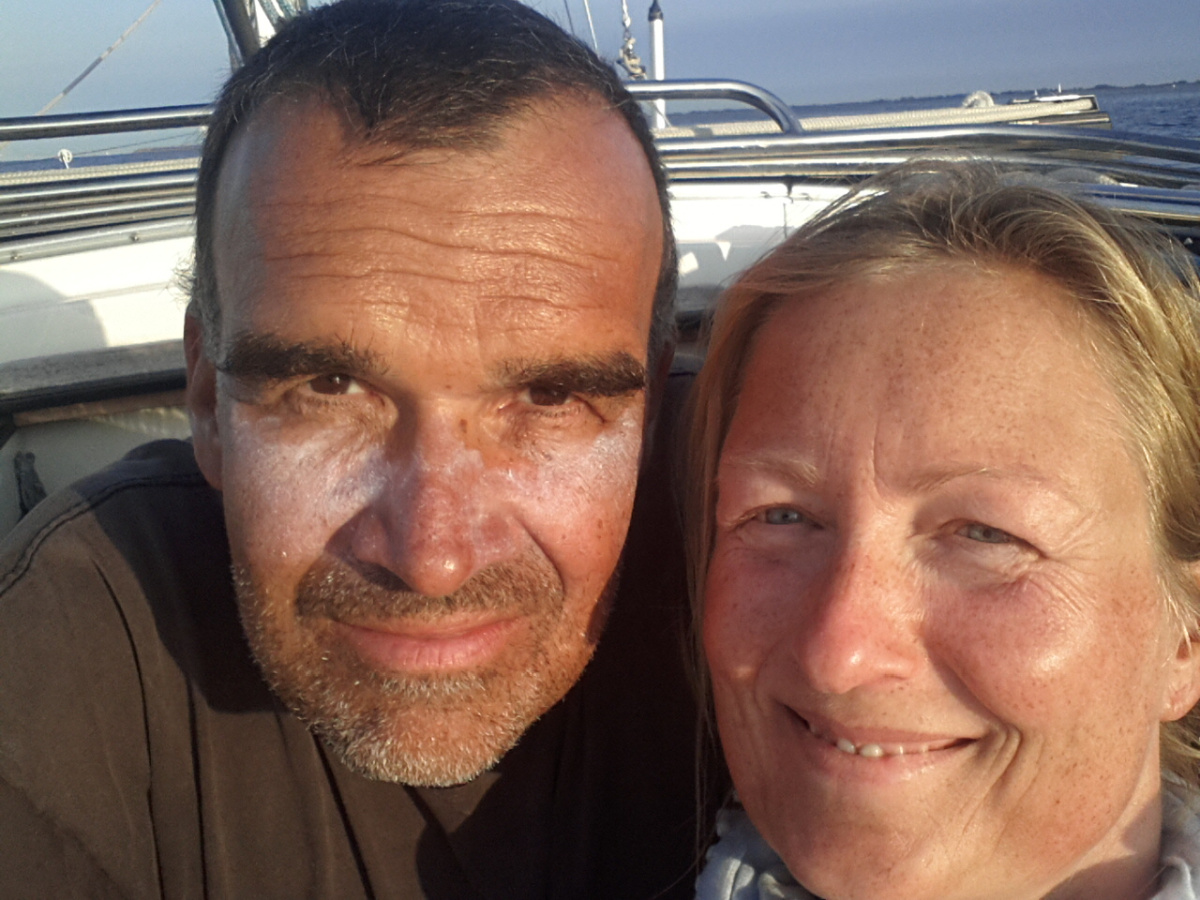